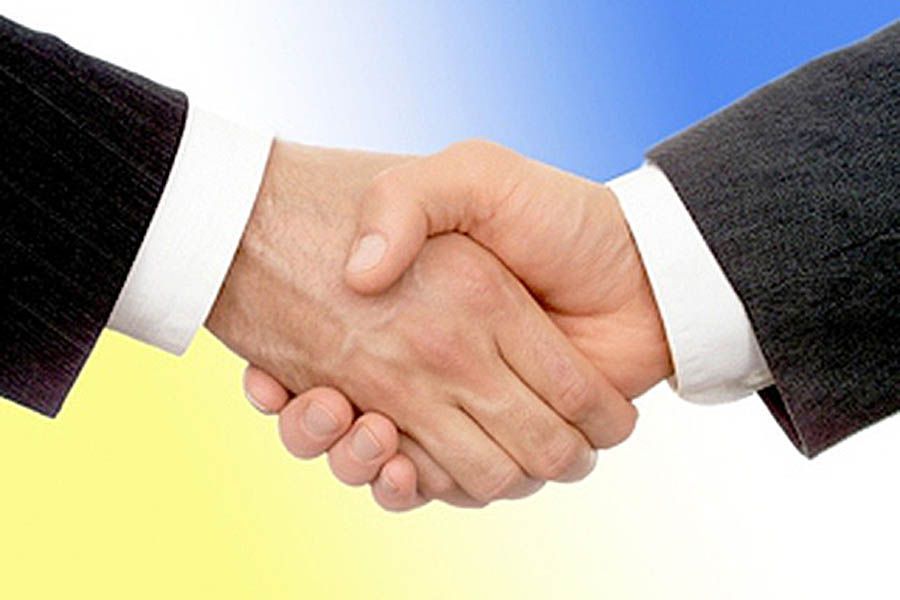 Vice President of the United States Mike Pence wrote on Twitter, “Spoke to President-Elect Volodymyr Zelenskyy of Ukraine today to congratulate him on his victory and I look forward to working with his administration to support a strong, democratic, and prosperous Ukraine”. Other foreign leaders also held telephone conversations with Volodymyr Zelensky, the winner of the second round of presidential elections in Ukraine, their press services informed. Thus, the statement published by the press service of Theresa May, Prime Minister of the United Kingdom, said that the Prime Minister congratulated Volodymyr Zelensky on his victory and invited him to visit the Great Britain “at his earliest convenience”.

“The Prime Minister emphasized the importance of joint efforts of our two countries together with the international community to deter Russian aggression… – the statement went on to say. – She assured President-Elect Zelensky that the Great Britain would assist him during his office of President of the State as well as promote the democratic future of Ukraine. Besides, the Great Britain is ready to continue and strengthen our cooperation as it is deep now in a number of spheres”.

German Chancellor Angela Merkel had one more telephone conversation with presidential elections winner Volodymyr Zelensky and promised to support Ukraine. As the press service release informed, the Chancellor promised that the Government of Germany would actively support Ukraine in its reforms and defend its right to sovereignty and territorial integrity.

According to information disclosed by the administration of Prime Minister of Canada Justin Trudeau, during a telephone conversation the interlocutors voiced their wish to deepen and strengthen bilateral cooperation and partnership particularly during a conference on reforms in Ukraine that is due to be held in July in Toronto.

NATO Secretary General Jens Stoltenberg wrote on Twitter, “Just now spoke with President-Elect Volodymyr Zelensky of Ukraine. I congratulated him on his victory and invited him to visit NATO Headquarters in the nearest future. NATO pledges to continue assisting Ukraine politically and practically”.

President of the European Council Donald Tusk said the following on Twitter about his telephone conversation with Volodymyr Zelensky, “I’ve assured him of EU continuous support of Ukraine. We are looking forward to our further cooperation and Ukraine-EU summit meeting in July”.

The press service of Italian Premier Giuseppe Conte informed that the head of Government of the Italian Republic had sent a letter to Volodymyr Zelensky in which he promised his country’s support of “the settlement of the conflict in eastern regions of Ukraine and promoting reforms that are so needed by your country”.

In his letter to Volodymyr Zelensky, Council of Europe Secretary General Thorbjørn Jagland said that the European Parliament hopes to continue “the long-standing cooperation to reform and make more efficient the judicial system, to fight corruption and increase the role of the civil society. … I can assure you that the Council of Europe will keep on supporting the independence, sovereignty and territorial integrity of Ukraine”.

The statement made by the Ministry of Foreign Affairs of Japan says that Tokyo has welcomed the elections of the President of Ukraine that have been held in a free, peaceful and honest way. Japan hopes that the new democratically-elected power in Ukraine will ensure a stable development through economic reforms and will promote an all-nation dialog and integration. The statement has stressed that Tokyo will continue supporting Ukrainian reforms and assisting in achieving closer ties between countries.

During their telephone conversation Prime Minister of the Netherlands Mark Rutte and Volodymyr Zelensky discussed in part the investigation of the crash of Malaysia Airlines Flight 17 (MH17) in 2014. Mark Rutte noted on Twitter, “Just now spoke with President-Elect Volodymyr Zelensky to congratulate him on his victory in the elections. Among other things we discussed the issue of stability in the region and the importance of progress in the cause involving the airline catastrophe. I am looking forward to joint work”.

The President of Turkey Recep Tayyip Erdoğan and His All-Holiness Bartholomew, Archbishop of Constantinople and Ecumenical Patriarch, also congratulated the newly-elected President of Ukraine.