“Ukraine’s course for the European Union and NATO remains unchanged” 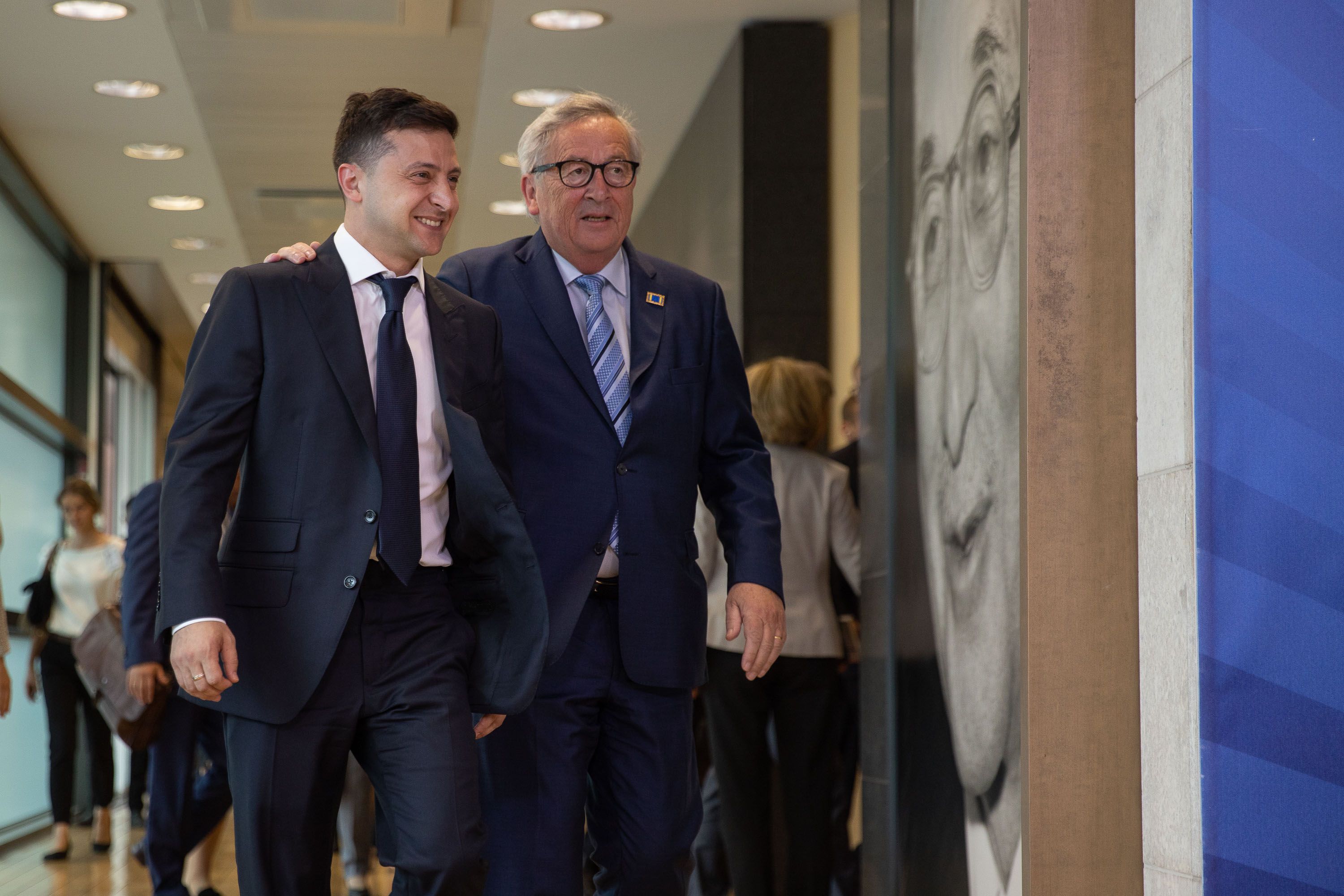 The President of Ukraine Volodymyr Zelensky said during his first foreign official visit to Brussels.

During talks with the European Commission President, Volodymyr Zelensky reaffirmed Ukraine’s continuous course for European and Euro-Atlantic integration. The top-ranking officials agreed on the date and place of the 21st “Ukraine-the EU” summit. It will take place on July 8 of this year in Kyiv.

Volodymyr Zelensky thanked the Polish President for his country’s support and cooperation in many formats. He emphasized “the depth of threats that Russia poses to Europe”.

“I am ready to support the process of mutual reconciliation. We should not allow for complex moments in the history of Ukrainian-Polish relations to dominate the agenda of strategic partnership of Ukraine and Poland”, added Zelensky who was invited by President Duda to come to Warsaw to attend the 80th anniversary since the beginning of the Second World War.

The President of Poland assured the Ukrainian President of his country’s support of Ukraine’s efforts to restore her territorial integrity and sovereignty within the internationally accepted borders as well as to liberate the occupied Donbas and the Crimea.

“Poland shows an unswerving support for Ukraine’s European and Euro-Atlantic aspirations. This question is of special importance for us”, noted the Polish leader. He was hopeful that the two countries would achieve mutual understanding on a number of history issues and that experts would eventually establish the truth.

While speaking with Dombrovskis, the President of Ukraine said that Europe’s fears concerning his ties with oligarch Ihor Kolomoisky were groundless. Zelensky reassured that he was not going to take the side of the former owners of “PrivatBank” and that he intended to defend the interests of the State exclusively.

“As far as ‘PrivatBank’ is concerned, I will defend the State only, its citizens only. I am not interesting in games of the bank’s former owners at the court of law. I will never be on their side”, said Zelensky.

He confirmed Ukraine’s commitment to her international obligations including those in her relations with international financial institutions. Zelensky refuted rumors about a probability of default in Ukraine though Kolomoisky had insisted on its declaration.

During his meeting with the NATO Secretary-General, Zelensky said that Ukraine was ready to hold negotiations with Russia on resolving the conflict in Donbas as well as to fulfill the Minsk agreements.

The Ukrainian leader informed that during the meeting of a contact group in Minsk on June 5th the Ukrainian side would put forward its proposals on a ceasefire and an exchange of prisoners. Zelensky emphasized the importance of Ukraine’s reforms for her future membership in NATO the prospects for which were confirmed by Jens Stoltenberg.

“Ukraine is seeking to ensure high living standards, eradicate corruption and to modernize the State. These things are possible to accomplish provided we will be able to ensure a strong national security. We are ready for negotiations with Russia. We are ready to implement the Minsk Accords. But at first we want to have any opportunity to defend ourselves, to become stronger economically, politically and military”, said Zelensky.

While in Brussels, the Ukrainian President responded promptly to the worsened situation in Donbas where three Ukrainian servicemen had been killed in action and the other three had been wounded.

Zelensky addressed the Russian leadership and the militants of the pro-Russian forces in eastern Ukraine. His address uploaded on Facebook reads, “I want to tell the leaders of the Russian Federation and the commanders of her occupation forces in Donbas that the conflict aggravation is a bad background for resuming negotiations in Minsk. We do not need to be reminded of the opportunity of your aggression escalation”. Zelensky stressed that in Brussels he would discuss with his European colleagues an outright demonstration of Russian aggression and that the Ukrainian delegation in Minsk would remind the Russian leadership that to conduct a dialog with Ukraine from the position of force is absolutely inadmissible.