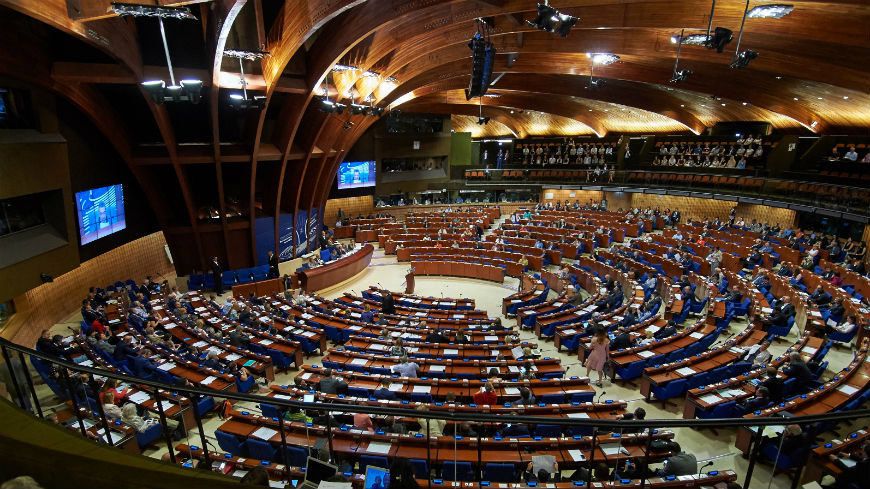 The Foreign Office of Ukraine has stated the PACE resolution shows that the Assembly has departed from the standards, principles and values declared by the Council of Europe having given in to the unprecedented pressure and financial blackmail on the part of the Russian Federation. The statement also reads, “The considerable lessening of PACE sanctions has been done in spite of the Russian Federation’s unwillingness to make any constructive steps, a flagrant disregard for its commitments and resolutions passed by the PACE in response to Russian aggression”. The official statement of the Ukrainian Foreign Office stressed, “Regrettably, such a situation has resulted from the undisguised connivance on the part of a numer of countries the leadership of which, on the one hand, calls for a necessity to stop Russian aggression against Ukraine and, on the other hand, encourages the aggressor and makes concessions to it”.

Ukrainian Vice-Premier for Eurointegration, Ivanna Klimpush-Tsintsadze, claims that the PACE has opened Pandora’s box for the sake of getting Russia’s membership dues on the pretext of defending the right of common Russians to appeal to the European Court for human rights the decisions of which the Kremlin never obeys. “Now PACE sessions will be liken to meetings of UN Security Council where Russian propagandists exercise in lies and manipulations”, she said.

Ex-Prime Minister Arseniy Yatsenyuk, who is also leader of the party “People’s Front”, sounds even less diplomatic in his comment on the resolution of the PACE, “Double standards lead to tragedies. Europe, remember your history. The surrender to an aggressor results in a catastrophe”.

President of Ukraine Volodymyr Zelensky is disappointed with the resolution which reinstates the authorities of the Russian delegations without any limitations. He posted his commentary on Facebook on June 25. He mentioned his talks with the President of France and the Chancellor of Germany last week. “I tried to persuade President Macron and Chancellor Merkel that the Russian delegation could be returned to the PACE only after Russia will fulfill all essential demands of the Assembly. It’s a pity that our European partners did not listen to us but acted differently. ... A necessity to defend the rights and freedoms of a citizen as the highest democratic values has been the major reason for inviting the Russian delegation to come back. I hope very much that while trying to defend democratic values no one has had thoughts about values material. And now I want to see how the advocates of returning the Russian delegation to the Assembly, an organization that has been supporting the supremacy of the law in Europe for 70 years now will defend and demand the returning home of the captive Ukrainian sailors”. Zelensky stressed that June 25 was the deadline for Russia to comply with the ruling of the International Tribunal for the Law of the Sea to release 24 Ukrainian sailors. “I am looking forward to the declared principles of the supremacy of the law to be implemented in real life”, Zelensky summed up his commenary.

Five years ago, in 2014, the PACE deprived Russia of voting right over the Crimea’s annexation. In response, the delegation of the Russian Federation stopped attending the Assembly’s sessions but continued to work in all other bodies of the Council of Europe. Russia has not paid membership dues to the Council of Europe since 2017.