Volodymyr Zelensky speaks about a “delicate hope” over Donbas 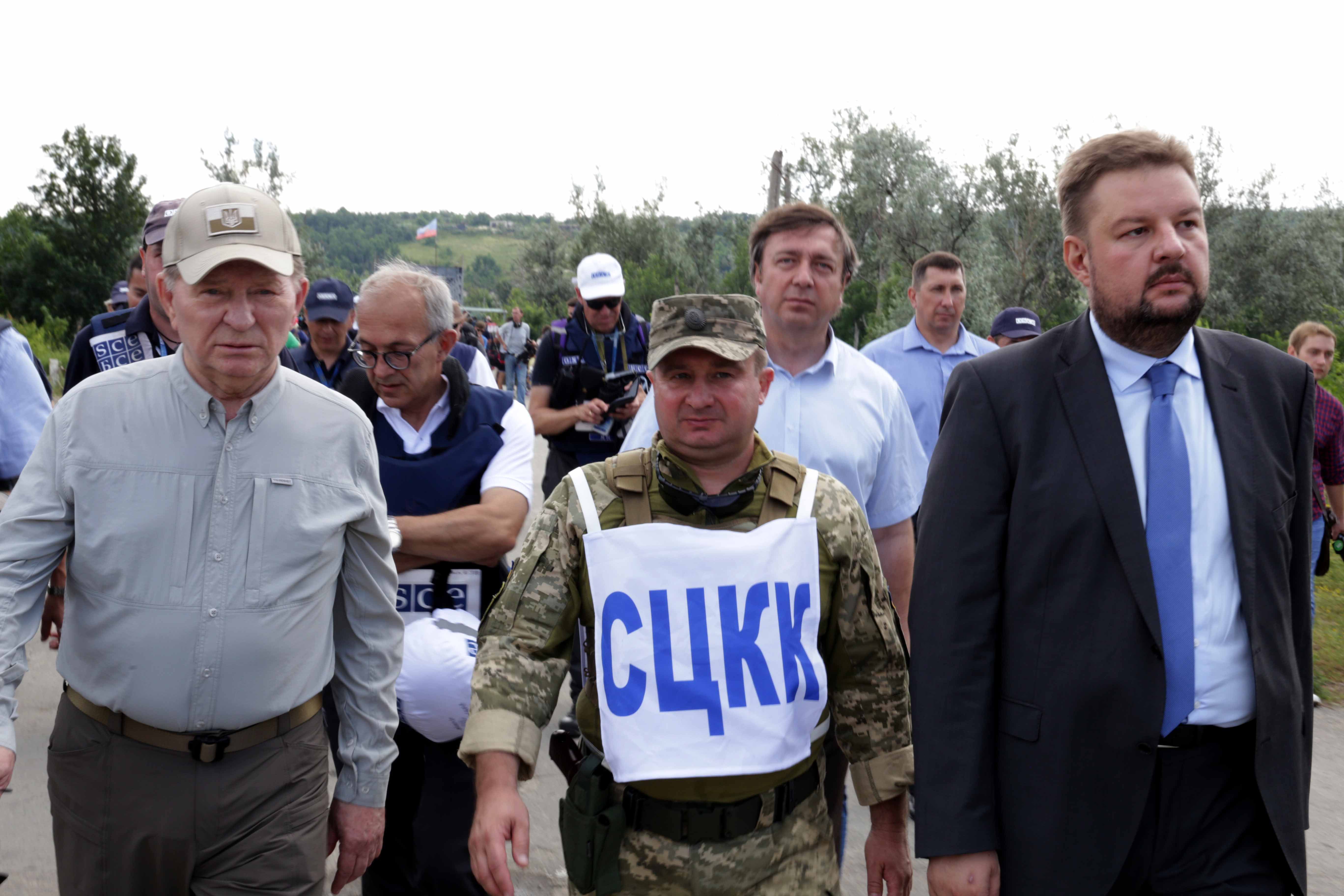 “The disengagement of forces near Stanytsia Luhanska gives hope for the near end of a hot stage of the war”, said President of Ukraine Volodymyr Zelensky in his video address posted on Facebook on Monday, July 1.

“Today an important event has occurred. The withdrawal of troops has taken place near Stanytsia Luhanska. And this action has been registered and confirmed by the Monitoring Mission of the OSCE. I congratulate all of you. The first step seems to have been made toward a stable ceasefire along the entire frontline. And this step has become possible due to a breakthrough in the Minsk peace process”, the President went on to say in his video address.

At the same time, the President noted that only time and definite steps would show that both sides continue to fulfill their obligations.

“I’m not going to promise that there will be peace tomorrow, that we end the war tomorrow. But it seems to me there’s a slight hope that the hot phase in the war is coming to an end. I’d like to ask you not to give in to provocations and panic. Let’s give our soldiers, our army and our diplomats an opportunity to do their important and complex work”, said President Zelensky.

The President has called to preserve peace and order. He insists that there has been neither high treason nor victory so far. However, the recent military disengagement is a first though small yet real success.

Secretary of the National Security and Defense Council, Oleksandr Danylyuk,  believes that a meeting of the presidents of Ukraine and the Russian Federation is quite possible. Even though no one believes that the two leaders will eventually meet and solve all urgent problems, “we must see to it that hostages and war prisoners to be released. As experience has shown no desirable result can be achieved through outside influence. So, we are gonna look for new instruments”. Danylyuk spoke about this in his interview with LB.ua. He claims that today Moscow is more interested in such talks than Kyiv because “certain processes are taking place there. And sanctions have their effect, too”. Earlier, President Zelensky addressed Vladimir Putin with a demand to return all Ukrainian sailors that had been captured in the midst of Kerch Strait incident.

Despite the emerged fragile hope, pro-Russian militants have violated the ceasefire regime 23 times over the past 24 hours including twelve times when they have used artillery guns banned by the Minsk Protocol. According to a report of Joint Operation Forces (JOF) press center, at 7 a.m., July 1, there were no casualties among Ukrainian servicemen.

Almost three years ago, on September 21, participants in consultations of the Trilateral Contact Group (TCG) in Minsk signed a frame document which provides for the disengagement of military forces and equipment in Donbas, in particular near Stanytsia Luhanska. Thus, if bilateral shelling is stopped during a certain period of time, Ukrainian troops and militants must withdraw one kilometer away from their positions.

Regrettably, these aggrements have never been kept.

On June 30, Leonid Kuchma, who represents Ukraine at the TCG, informed that the enemy troops had also withdrawn from Stanytsia Luhanska, the fact which was confirmed by the Monitoring Mission of the OSCE.