On Thursday, July 18, Volodymyr Zelensky attended the meeting of the National Council on Anti-Corruption Policies which, in his words, “has not worked for the last three years”. 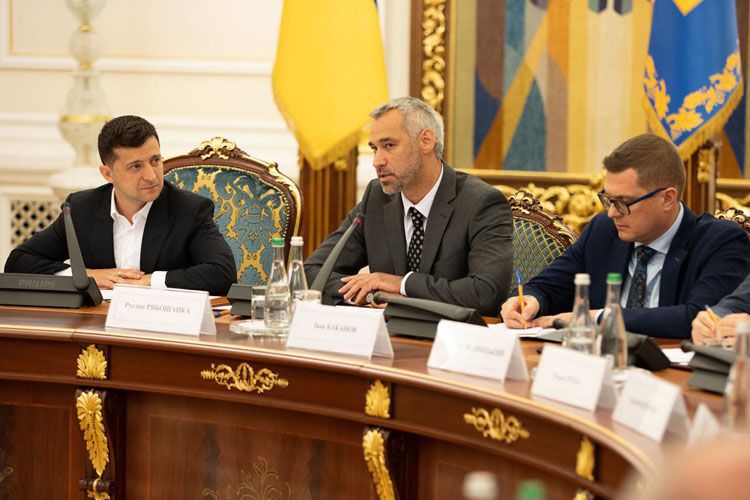 The President had this to say, “Today we are re-launching it.  And we hope that the Council will become an important platform of communication for all anti-corruption bodies, for the public, for business, for experts and analysts, for all of us”.

The President mentioned some progress that was already made to overcome corruption. For instance, in the past two months 16 bills dealing with anti-corruption activity have been submitted to the Verkhovna Rada. Obstacles have been removed that blocked cooperation between the Anti-Corruption Bureau of Ukraine and anti-corruption agencies of foreign countries.

The President informed the meeting on measures that had already been taken. Thus materials about corruption schemes in defense industries had been submitted to the law enforcement bodies to investigate into a number of dubious contracts under which almost 30 million dollars had been taken out of the country to offshore companies. The National Agency for Corruption Prevention has been reformed. The Head of the UkrTransSafety (State Service of Ukraine for Transport Safety) has been dismissed from his position. “Roads are getting worse and worse. They are of such a poor quality that they are practically unusable. ... It was lack of proper control over adheriance to accepted norms of autotransport weight and extortions of money by workers of this State Service, that we had to pass such a decision”, said President Zelensky.

Present at the meeting were Nazar Holodnytsky, head of the Specialized Anti-Corruption Prosecutor’s Office, Artem Sytnyk, director of the National Anti-Corruption Bureau, and Roman Truba, director of the State Bureau of Investigation, who reported on successes scored by the anti-corruption campaign in recent years. In particular, they spoke about the investigation into two notorious cases that involve MPs as well as about positive results of the inquiry into other malfeasances committed by top officials.