Dmytro Razumkov, “The course towards the EU and NATO will be kept” 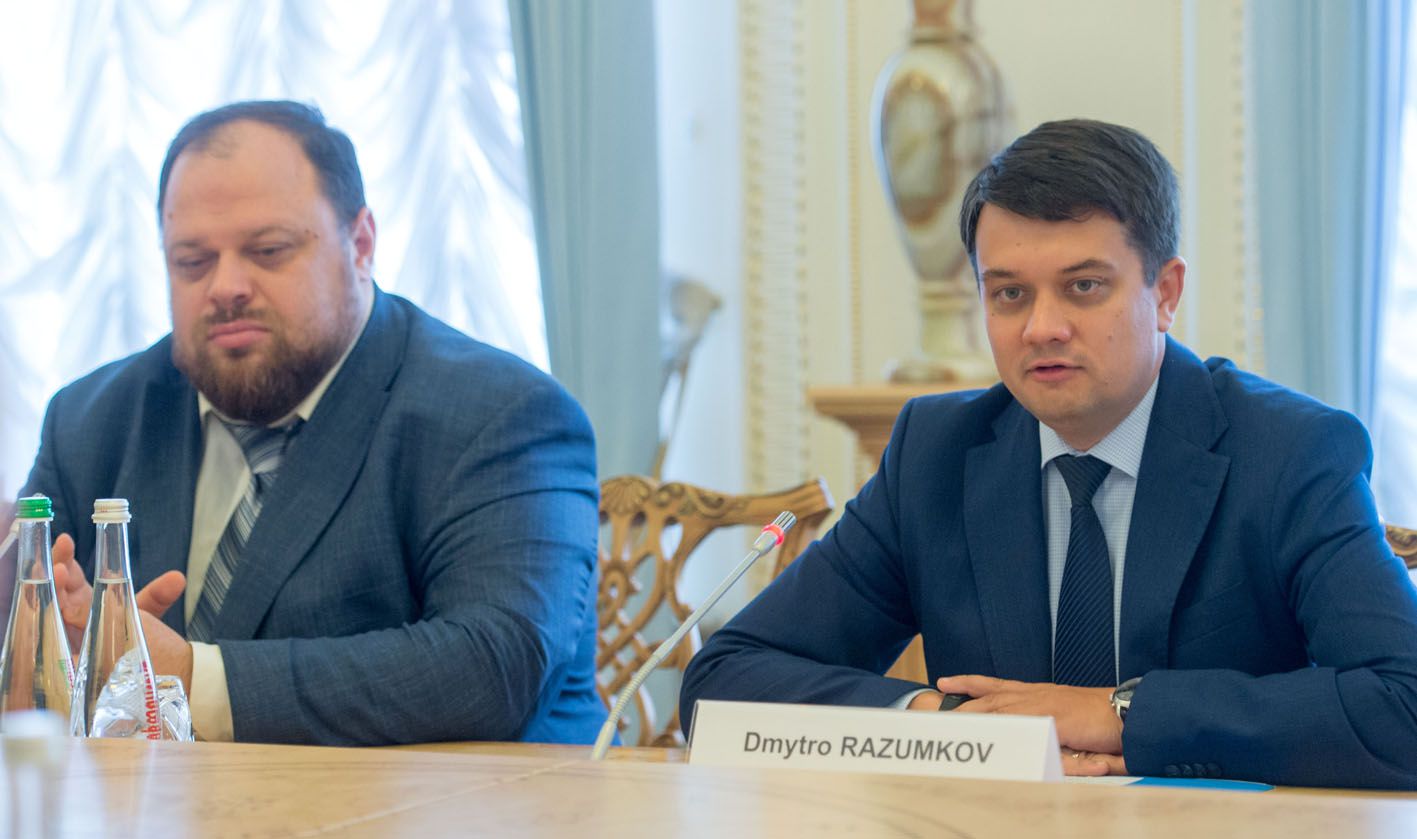 Chairman of the Verkhovna Rada of Ukraine, Dmytro Razumkov, and the First Deputy Chairman of the Verkhovna Rada, Ruslan Stefanchuk, met with a delegation of the Ukrainian World Congress on September 11. UWC President Paul Grod headed the delegation. During the meeting, the parties discussed ways of increasing cooperation between the Parliament of Ukraine and the Ukrainian World Congress.

For instance, Razumkov said, “Ukrainians all over the world have to support one another and maintain unity in order to defend interests of this country. On behalf of the Verkhovna Rada, I thanked the leadership of the Ukrainian World Congress for this. The UWC is a mighty ambassador of Ukraine in the international scene promoting the country’s vital interests such as the defense of its sovereignty and territorial integrity. I firmly believe that the Congress will continue to be a loud voice of Ukrainians. The world has to know the truth about everything that takes place in this country”.

The Ukrainian Speaker emphasized the invariability of Ukraine’s aspirations for membership in the EU and NATO. As far as the language policy is concerned, Ukrainian is the only State language in this country. Razumkov assured the representatives of the UWC that the Parliament and the Ukrainian Government would assist in every way possible the youth organizations that help young people develop a sense of patriotism, the knowledge of Statehood and love for Ukraine.

For his part, the UWC President congratulated Dmytro Razumkov on his having been elected the Chairman of the Verkhovna Rada and expressed his support of the new Ukrainian team. According to Paul Grod, Ukrainians throughout the world actively support democratic processes in Ukraine and are interested that Ukraine becomes an economically strong and prosperous country. Speaking on behalf of the leadership of the UWC, Paul Grod passed wishes of the Congress to the Ukrainian authorities to continue promoting Ukrainian as the State language and keeping the course towards the EU and NATO. He referred to stopping Russian aggression against the Ukrainian people, the further development of Ukraine and the Ukrainian Diaspora as the major tasks Ukrainians throughout the world should solve. “The democratic world looks at Ukraine with widely open and interested eyes”, he said and called to continue democratic processes in the country. In the opinion of Paul Grod, efforts should be stepped up to make sure that more countries come to recognize the 1933 Holodomor (man-made famine) as the genocide of the Ukrainian people.