The cost of a human life in Donbas is 10 dollars 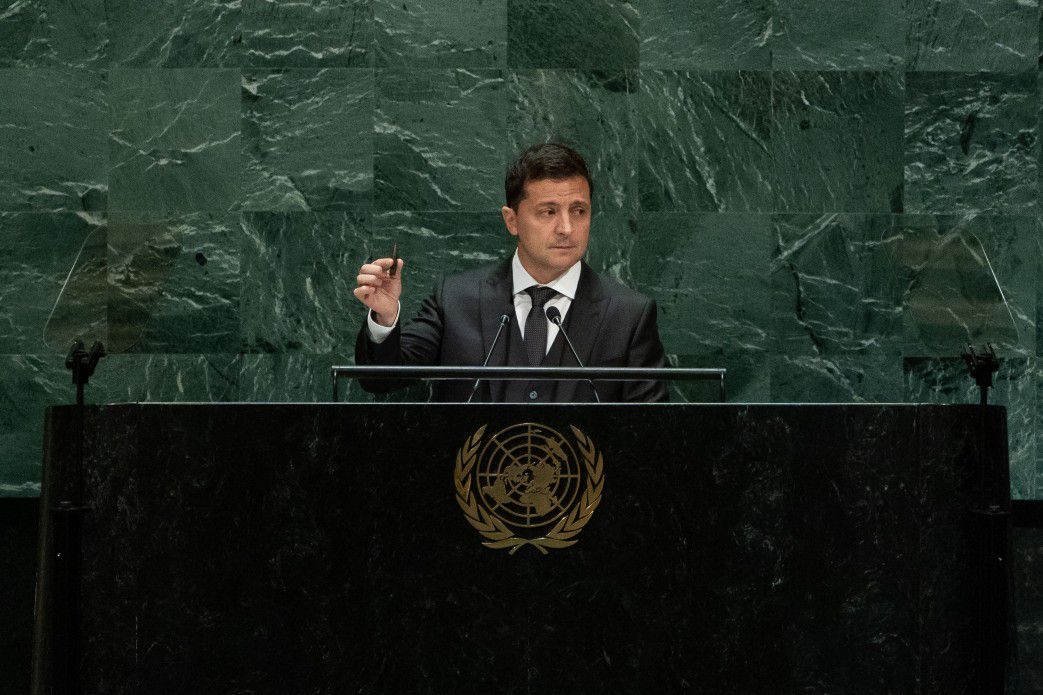 President of Ukraine Volodymyr Zelensky said these words while addressing the 74th session of the UN General Assembly on September 25 in New York. While delivering a speech, he held up a 12.7 mm caliber bullet like the one that killed Ukrainian opera singer Vasyl Slypak in Donbas. “The bullet did not just end his career. It ended his life”, said the President.

Zelensky went on to say, “The price of such a bullet is 10 dollars. Unfortunately, this is the cost of a human life in our planet today. There are thousands of such stories. And there are millions of such bullets. Welcome to the 21st century. The age of opportunity, where instead of being heard, you have the opportunity for being killed”.

Zelensky said that the singer had been killed defending Ukraine against Russian aggression in Donbas.

“My task is to end the war, return all occupied territories and restore peace. But not at the cost of lives of our people. Not at the cost of Ukraine’s freedom or right to choose its own path. That is why we need international support”.

Zelensky stressed that “in modern world where we live today there is no such notion as someone else’s war. No one can feel safe when there’s a war in Ukraine, when there’s a war in Europe. Fatal can be the thought that a war somewhere is not of your concern and never will be. You cannot think about global things and close your eyes on details or, as it may seem to you, unimportant matters. That was how the foundation for the previous two world wars was laid”.

“More than once Ukraine has demonstrated the world its readiness to ensure peace by a civilized way”, - President Zelensky went on to say. – “It has taken steps towards helping to keep international security. For instance, one of such steps was its free renunciation of its nuclear arsenals which were bigger than those of Great Britain, France and China taken together. We thought at the time that we were building a new world where you do not need nuclear arms for your opinion to be heard out and taken into consideration, the new world where you will be respected for your accomplishments and not for the amount of nuclear warheads you’ve got”.

The President firmly stressed that as a result Ukraine has lost part of its territories and almost daily loses its citizens.

Concluding his speech, President Zelensky said, “The rostrum from which I’m speaking now is not just a rostrum or a theatrical scene. The scenario of life is being developed right here. And today everyone present in this hall is responsible for if life can be preserved on earth at all. I would like to see that some day my speech would be named ‘15 minutes that have changed the world’. However, I understand only too well that it is impossible to change in 15 minutes the things that have been in existence for thousands of years. The behavioral theories claim that wars are an intrinsic part of human nature. But the world is changing. And man is changing with it. And if we have mastered the written language, learned mathematics, invented the wheel and discovered penicillin and finally explored cosmos, this means that the mankind has the chance after all”.