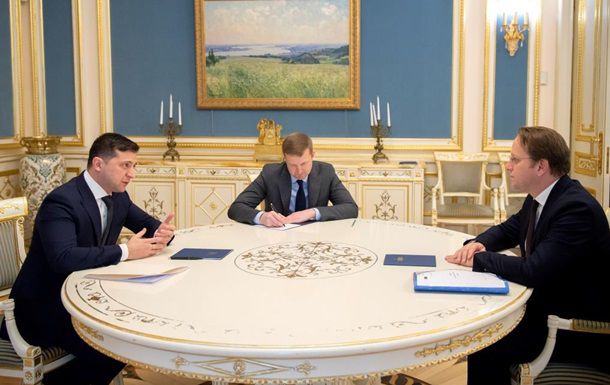 As the presidential press service reported, the parties discussed in detail the cooperation agenda between Ukraine and the European Union and agreed a list of first priorities for this year. Among the things that call for special attention there are the following matters: the signing of an open skies agreement, the beginning of negotiations on the so-called industrial visa waiver, the deepening of cooperation in the digital sector of the economy, interactivity under the European Green Deal, and the systemic updating of supplements to the Association Agreement.

President Zelenskyy and Commissioner Várhelyi focused on progress made in systemic Ukrainian reforms, particularly in the sphere of the implementation of the Association Agreement. It was agreed that the European Union would continue assisting Ukraine in boosting the country’s economic growth.

Later, Mr. Várhelyi wrote in Twitter that his talks with President Zelenskyy had been wonderful. “We’ve agreed to step up economic cooperation in order to build a strong and stable economy in Ukraine”, noted the Commissioner.

The Speaker of Ukrainian Parliament thanked the leadership of the European Union for their firm stand on issues of security, territorial integrity and the restoration of Luhansk and Donetsk regions within their earlier borders as well as the return of Crimea. “We are thankful for your position that remains unchanged regardless of time. As for sanctions, these have produced a strong pressure on the Russian Federation in the past few years”, stressed Razumkov.

During their talks, Prime Minister Honcharuk and European Commissioner Várhelyi have agreed that Ukraine and the European Union will step up work on updating the free trade agreement in order to finish the work next year. Besides, the Ukrainian Government and the European Union have signed a 25 million-euro-worth of technical aid program that provides for facilitating e-government and digital economy in Ukraine.