On February 18, in New York, the Security Council held a session which analyzed the implementation of the Minsk agreements. 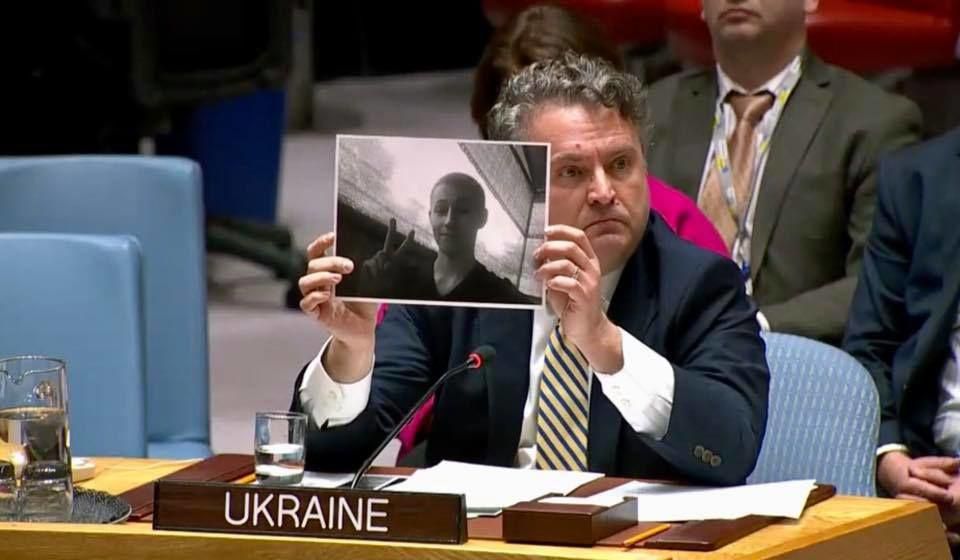 Under discussion was also an offensive launched by Russia-backed militants in Donbas which took place on the same day.

The session was convened on the request of Russia that tried to accuse Ukraine of the continuous war in Donbas.

Addressing the Security Council meeting, Acting Deputy Permanent Representative at the U.S. Mission to the United Nations, U.S. Ambassador Cherith Norman Chalet noted that Russia had occupied the Ukrainian Crimea and fueled an armed conflict in eastern Ukraine. The diplomat mentioned positive efforts of Ukraine and stressed that Russia went on financing militants. Referring to Donbas escalation that took place on February 18, she described it as one more violation of the Minsk agreements by Russia. The U.S. representative confirmed the commitment of the United States supporting Ukraine and condemning aggressive actions of Russia. She made a special point of America’s determination to continue sanctions against Russia until Ukraine regains full control of their territories including Donbas, Crimea and territorial waters.

In his speech at the session, Permanent Representative of Germany to the United Nations Christoph Heusgen mentioned the fifth anniversary of the Debaltsevo Battle that is marked on February 18 and said that Russia continues breaking the Minsk agreements. In response to the statement made by Russian envoy Vasiliy Nebenzia who accused Ukraine of breaking the Minsk agreements, the German representative stressed that the situation was quite the opposite: it is Russia that is entirely responsible for the ongoing war in eastern Ukraine including the current attack on Ukrainian defense positions in Donbas.

United Kingdom Permanent Representative to the United Nations Karen Pierce accused Russia of trying to mislead the international community concerning the situation in Donbas. She supported the position of Germany. In her words, Russia’s goal is to control the situation in Ukraine. Karen Pierce cited facts proving that pro-Russian militants have modern Russian weapons. According to her, Russia has initiated the fighting in the Ukrainian region and keeps on fueling the conflict.

Representative of France to the United Nations Nicolas de Revier focused on positive changes that had taken place in recent times such as the last summit of the Normandy Four leaders and an exchange of prisoners. He called on Russia to use all its influence on militants but he never mentioned a direct responsibility of the Russian Federation for unleashing the war in Donbas. The French Representative confirmed his country’s support of Ukraine.

Ukrainian Representative Serhiy Kyslytsya thanked the Security Council for supporting his country. He informed the session about the attack of Russian occupation troops on the Ukrainian defense positions, stressing that the Kremlin pursues the policy of conflict escalation in Donbas. Over the last few months, the Ukrainian defense positions have been attacked more than 400 times. And 13 Ukrainian servicemen have been killed since the beginning of this year. It is an out-and-out warfare, Kyslytsya said.

He stressed that more than once Russia tried to present Ukraine, the actual victim of its aggression, as the initiator of aggressive actions in Donbas. He said that this is an insult to the memory of the killed Ukrainian soldiers. Kyslytsya showed the picture of Maksym Hytailov, a 22-year-old lad who was killed on February 18 during the offensive. The Ukrainian Representative informed those present at the session that Russia supplies modern weapons to the occupied region and due to Russian military aid today the illegal military formations are equipped even better than armies of many European countries.

War trials and economic difficulties notwithstanding, Ukraine is striving for peace, Kyslytsya stressed. He announced that on February 20 the UN General Assembly would hold a session dedicated to the war in Donbas. Concluding his speech, the Ukrainian Representative to the United Nations said that a nationwide campaign was going on in Russian to glorify Josef Stalin who had been responsible for the genocide of the Ukrainian people.

During the session Great Britain and the United States expressed very strong disapproval of Russia and supported Ukraine. The session of the UN Security Council was followed by a joint statement made by five countries of the European Union ‒ Belgium, Estonia, France, Germany and Poland. Their statement contained absolute support for Ukraine's independence, sovereignty, and territorial integrity within its internationally recognized borders. The statement said: "We condemn the illegal annexation of the Autonomous Republic of Crimea and the City of Sevastopol and the destabilization of certain areas of Donetsk and Luhansk regions”.

Their statement also noted that Russia gives financial and military aid to the self-proclaimed republics the so-called “LNR” and “DNR”, violates the fundamental principls of international law. As a result, almost four million people need badly humanitarian help and protection.

The EU countries also approved results of the Paris summit of the Normandy Four leaders that took place on December 9, 2019. The summit confirmed the importance of the Minsk agreements that constitute the basis for further work on settlement of the conflict in Eastern Ukraine.

Such members of the Security Council as China, Nigeria, Tunisia, the South African Republic, Vietnam, Indonesia, St.Vincent, Grenadines and the Dominican Republic made no statement concerning Ukraine after the session.

According to Oleh Nykolenko, the press secretary of the permanent representation of Ukraine to the United Nations, the session of the Security Council convened on the request of Russia to consider “the Ukrainian question” has ended for it in another fiasco.