If we fail to reach an agreement, Ukraine will follow the other way 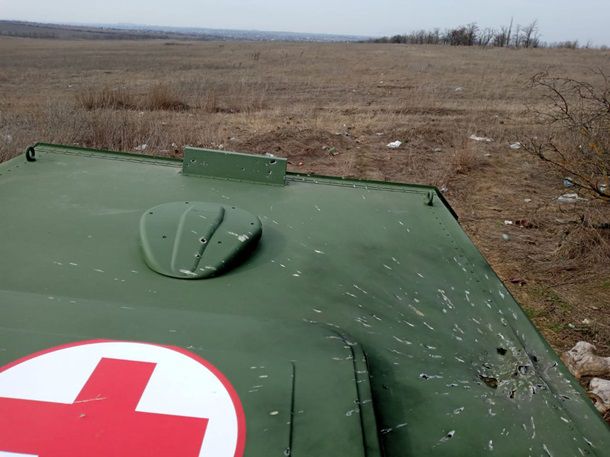 In his interview with the British daily newspaper The Guardian that was published on March 7, the President of Ukraine mentioned his talks with Russian President Vladimir Putin and said that they proceed in a very difficult and hard way with many rough edges. But as long as there is even the slightest progress (such as, for instance, the liberation of prisoners and Normandy Four meetings), he is ready to continue negotiations.

“I do not feel him (Putin) as a partner. Perhaps Ukraine and Russia could be partners but I’d like to be a witness of that now and not in a hundred years. I’d like to see that. And I’m sure that Russians do not want that war either”, said Zelenskyy in his interview.

In his opinion, Russians are strongly influenced by official propaganda that creates the negative image of Ukrainians. Zelenskyy believes that the younger generation of Russians does not understand the policy pursued by the Kremlin which consists in seizing foreign territories and “forcing other countries to love Russia”.

Volodymyr Zelenskyy explained that bilateral talks with the Russian President prove to be so difficult because the head of the country-aggressor insists on the implementation of the Minsk agreements while Ukraine argues that they should be revised.

Zelenskyy said in his interview that Putin still has time until December 9 to reach an agreement with Ukraine and put an end to the war in Donbas (he meant a year since the last summit of the Normandy Four in Paris). If progress has not been secured, he has threatened to walk away from the talks. Ukraine will follow the other way for he can offer other options of future actions.

Zelenskyy underscored that he has no intention of wasting five years of his presidency on the Minsk talks.

"Time is ticking. The government can spend one year on the entire agreement. Then it should be implemented. Any longer is prohibited", he said in his interview with The Guardian.

"I won't give my five years, which were given to me by the Ukrainian people, to work on Minsk for five years. I won't do it," he said, adding there were "two or three plans" of what to do after walking away from the talks, but declined to elaborate on them as he and his team had already mentioned them earlier.

For instance, on October 7, the then Foreign Minister Vadym Prystaiko said in the television talk-show “Freedom of Speech” that Ukraine would have to choose one of the three most probable variants of the development of the situation in Donbas: it either has to seek an agreement within the framework of the Minsk talks, or to play for time or to use the Cyprus scenario. The latter provides for freezing the situation completely. (Thus, the northeastern portion of Cyprus is occupied by Turkey. This circumstance does not prevent Southern Cyprus from becoming a member of the European Union.)

Russia lives by the model of the Soviet Union. When people cannot remove their leader, they take to the street. The question is: when will it happen?

Volodymyr Zelenskyy stressed in his interview with the British daily, “Today, Russia lives in the paradigm of the Soviet Union with all its disadvantages and drawbacks such as the absence of freedom of speech and expression, a lack of liberal values, a society closed to the outer world. That’s why I think that the model of the Russian Federation is just that”, – he went on to say. – “But it is their right. It is the right of the people. It is the people who elect the leader of their country and it is the people who decide upon the model of their country’s development. And if the people dislike their leader, then they can elect the other one. But if they cannot do that, then they change the ruler by force, something that has happened in Ukraine. It’s called Maidan… We must understand that it is like a spring. If you keep twisting it on and on, it might break. The question is: when it happens”.

Meanwhile, Russia-backed forces have repeatedly violated ceasefire in Donbas in the last few days. According to military reports of the press center of the Joint Forces Operation (JFO), militants have shelled the defense positions of Ukrainian servicemen using weapons prohibited by the Minsk agreements, in particular 120-mm mortars, grenade launchers, pilotless planes, large-caliber machine guns and rifles. A few Ukrainians have been killed and almost ten have been wounded. Ignoring international humanitarian law, militants shelled a Red Cross medical vehicle. Fortunately, no one has been injured. According to the Joint Forces Operation Headquarters, by their criminal actions separatists have shown the world a full disregard of all rules and principles of international humanitarian law with regard to fighting a modern warfare.

In the photo: the medical vehicle shelled by militants.