Saakashvili gets an official position in Ukraine

Ex-President of Georgia and former head of the Odessa regional State administration Mikhail (Mikho) Saakashvili has been appointed the chairman of the executive committee for reforms. 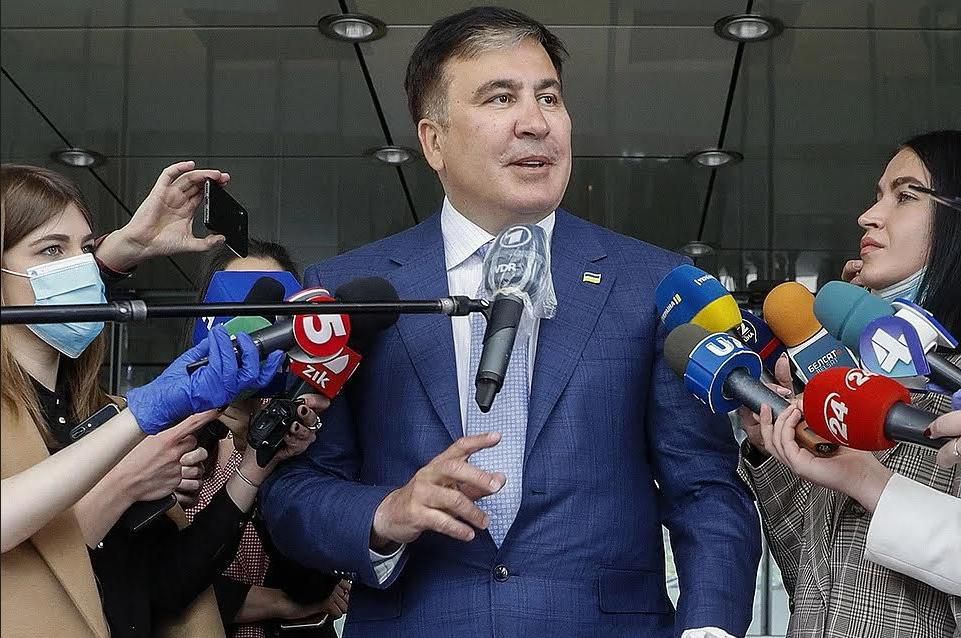 President of Ukraine Volodymyr Zelenskyy signed the relevant decree on May 7th.

For instance, the decree says that Saakashvili will work on the voluntary basis and can be appointed an advisor to the President.

Saakashvili as the chairman of the committee for reforms will be a member of the national council for reforms which is a consultative and advisory body under the President. The council is engaged in issues of strategic planning and implementing the integrated national policy of reforms in different spheres of the economy. The national council for reforms and the executive committee for reforms were set up by the Fifth President of Ukraine Petro Poroshenko in 2014. However, in reality these agencies haven’t even begun to work over the past six years.

The presidential press service quoted Zelenskyy as saying, “I sincerely congratulate Mikhail Nikolozovich on a new important challenge. I am sure he will be able to give a fresh impetus to the national council for reforms and will help implement important changes in the life of the country”.

“Ukraine should be pulled out of the mire. And only President Volodymyr Zelenskyy is able to do that”, noted Saakashvili following his appointment. “Today I’ve had a long and interesting conversation with the President of Ukraine. I liked his mood very much. After all, the very fact of my appointment to this position speaks of his readiness to take an outstanding step against which many people have tried to talk him out. They are mostly those who are interested in maintaining the status quo in Ukraine, though the status quo is nothing else but the mire”, Saakashvili wrote in Facebook.

It should be said that the appointment of Saakashvili was preceded by two-week negotiations in Parliament to find an agreement. Some Ukrainian media called these negotiations a true political thriller.

Thus, on April 22, Saakashvili announced that he had received a proposal from Zelenskyy to take up the job of a Vice Prime Minister in charge of reforms. Next day he met with deputies from the pro-presidential faction “Servants of the People”. After a long and heated debate, the faction failed to collect the needed 226 votes for Saakashvili to enter the Ukrainian Government. Then the Cabinet of Ministers had to recall his nomination from the Verkhovna Rada.

Apparently, the following circumstance has been taken into account that Georgia has sharply criticized the decision of the Cabinet to see Saakashvili in the Government. In any case, Georgian President Salome Zurabishvili warned that his appointment would result in a deficit of trust between the two countries. And Prime Minister of Georgia Georgiy Gahariya threatened to recall the Georgian Ambassador from Kyiv for consultations if such appointment would take place.

In general, Saakashvili is a well-known figure in Ukrainian political Establishment. The former President of Georgia actively supported Euromaidan. In 2015, the then President Poroshenko granted him Ukrainian citizenship and appointed him the head of the Odessa regional State administration. Soon after, Saakashvili and Poroshenko turned from friends into enemies. The former accused the latter of corruption. The same accusation was leveled against Saakashvili himself and the law-enforcement agencies opened several criminal proceedings against him.

In the summer of 2017, Poroshenko stripped Saakashvili of Ukrainian citizenship. Mikho was outside Ukraine at that time.

In February 2018, Mikho Saakashvili was detained at a restaurant in the downtown Kyiv and was deported from Ukraine. While staying in Europe, he actively supported Zelenskyy who promised him to return his Ukrainian citizenship. One of the first decisions of Zelenskyy in the office of President was to give the Ukrainian passport back to the politician. Saakashvili returned to Ukraine in May of the last year. Since then, he has repeatedly underscored that he is ready to work on the team of the new head of State.