Ukraine honors the memory of victims of political repressions 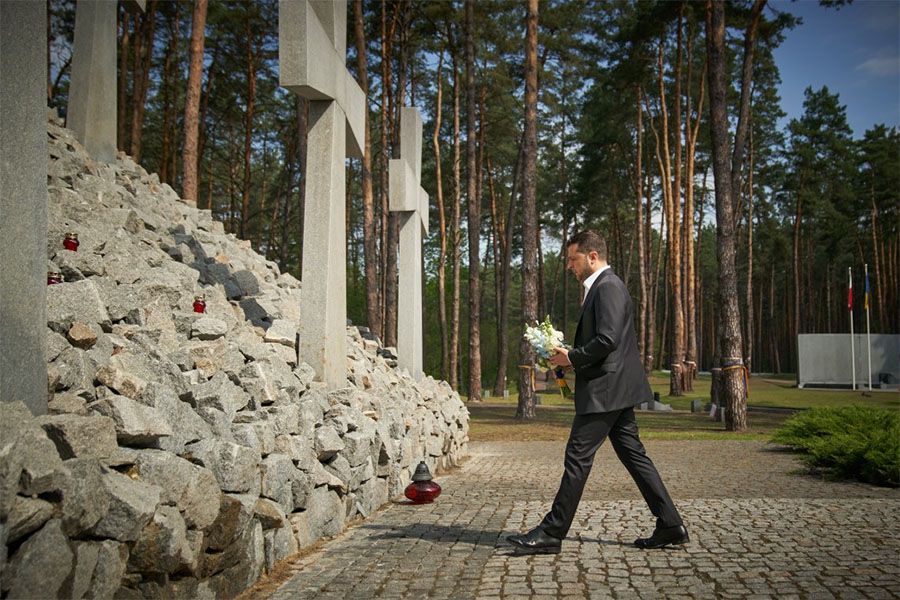 Every third Sunday in May, Ukrainians solemnly revere the memory of victims of political repressions in order to attract the attention of the society to tragic events brought about by the forced implanting of communist ideology in Ukraine.

The numbers of such victims are so large that they cannot be counted exactly. Some analysts claim that during the period of the Bolshevik-Communist regime in Ukraine which runs from the early 1920s and up to the late 1980s, as many as 1.5 million people were subjected to repressive measures. Many were shot down and killed, others were imprisoned, condemned to penal servitude, exiled to Gulag (labor camps) or put in mental hospitals.

Terror and repressions affected all Ukrainian population: scientists and scholars, politicians, the military, the clergy, cultural figures, peasants. Mass repressions perpetrated by the Stalin region in the 1930s were the especially horrible and painful heritage of the past. For instance, from 1937 to 1938, as many as 198 918 were arrested. Out of this number, 122 237 were sentenced to be shot. The rest were either put behind bars or sent to concentration camps.

The Bykovnya Forest in Kyiv outskirts is one of the tragic symbols of that epoch. Ukraine’s largest burial place of political victims is situated in that forest. From 1930s to 1940s, the massive burial of the shot and tortured took place there. According to different estimations, more than 100 thousand innocent people were buried in the Bykovnya Forest. The Bykovnya tragedy ranks with such Nazi atrocities as Auschwitz, Buchenwald, Dachau, and the Babyn Yar.

On May 17, President of Ukraine Volodymyr Zelenskyy visited the Memorial in Bykovnya and placed flowers at the common grave.

“The colossal scale of crimes and their inhuman nature are just shocking. It is the nature which is absolutely alien to laws of normal man’s existence and to the social system of the civilized world. Without any hesitation, the totalitarian machine destroyed human lives and destinies”, said the President. In his words, the current and the next generations must not allow anything similar to happen again.

Zelenskyy stressed, “The life and health of citizens in an independent and democratic Ukraine are and always will be the unconditional priority”.

The Ministry of Foreign Affairs of Ukraine paid tribute to the memory of those Ukrainians who had died of political repressions.

The statement of the Ministry reads, “The whole truth about crimes of Soviet regime has been revealed to us decades later, already in an independent Ukraine. And we finally begin to realize the huge scale of the atrocities committed against the Ukrainian people, the horror and depth of the tragedy that has fallen to their lot. However, the Ukrainians and the entire international community must traverse a long and difficult path toward the fullest comprehension of the entire truth about all those crimes”, the Ministry’s statement concludes.

The Ministry of Foreign Affairs reminds that the Russian aggression has returned political repressions to Ukraine.

“For the sixth year now, there have been massive violations of rights of Ukrainians and Tatars in Crimea. There are killings, the kidnapping of activists, fabricated trials, ungrounded arrests and searches, the intimidation of opponents. At the present time, more than a hundred Ukrainian citizens are kept in prison on political grounds in Russia and the annexed Crimea. Even more horrible is the situation in the occupied districts of Donbas. Shootings and killings of Ukrainian war prisoners and local patriots, the abduction of people, tortures and humiliation have become commonplace there”, says the statement of the Foreign Ministry.