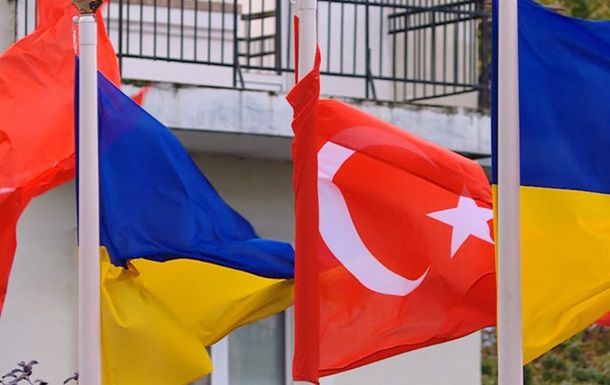 The strategy for national security of Ukraine approved by President Zelenskyy this September regards the Republic of Turkey as one of the countries with which Ukraine plans to develop strategic partnership aimed at defending its interests and strengthening its regional security.

In his recent interview with BBC, Foreign Minister of Ukraine Dmytro Kuleba said, “We have a deep strategic partnership with Turkey including that in the military-technical field. We buy drones from Turkey and also participate in their production. These are very promising long-term projects. And we are planning to develop them actively and launch new ones. We believe bilateral cooperation can be very useful for Ukraine and Turkey as well as for the region as a whole. In the future Ukraine and Turkey can build something bigger than just strategic partnership. Anyway, we are very interesting in such a dialogue and in the deepening of relations between our countries”.

The development of bilateral cooperation was the topic of a working visit of the Ukrainian President to Istanbul on October 16. The joint statement was issued following the negotiations between Volodymyr Zelenskyy and Turkish President Recep Erdogan.

Thus, Turkey has confirmed its support of Ukraine’s sovereignty and territorial integrity, this country’s efforts to de-occupy Crimea and the city of Sevastopol and to restore its control over some areas of the Donetsk and Luhansk regions.

Both countries pledge to facilitate the liberation of all Ukrainians illegally kept in Russia and to improve the living standards of internally displaced persons including Crimean Tatars.

The joint statement in particular reads, “The Republic of Turkey supports prospects for Ukraine’s membership at the North-Atlantic Alliance and welcomes the granting of the extended partner status to Ukraine. The Republic of Turkey will assist Ukraine in achieving the Alliance’s membership standards and the compatibility of the Ukrainian armed forces with NATO through holding joint military exercises. We stress the importance of combined efforts in strengthening peace, security and stability in the Black Sea region by using regional mechanisms and the influence of NATO”.

During the visit of the Ukrainian delegation to Turkey, it was decided to create the new format of a Ukrainian-Turkish dialogue on issues of security. The new format will be arranged in the form of “two-plus-two” annual meetings of foreign and defense ministers.

The presidents noted in the joint statement, “The negotiations on a Free Trade Agreement between Ukraine and the Turkish Republic must be completed as soon as possible. We stress the need to step up the work of the inter-government commission on trade and economic cooperation. We will continue cooperation with the aim of increasing Turkish investments in the implementation of infrastructure projects in Ukraine”.

A string of important documents have been signed in the presence of the two presidents. These are the memorandum on defense-industrial projects, the framework military agreement between the two governments and the protocol for trade and economic cooperation.

The memorandum focuses on the aspirations of Ukraine and Turkey to develop their defense industry programs and increase their defense capabilities as well as to establish the long-term mutually beneficial cooperation on the basis of mutual respect and consideration of each other’s interests. The document specifies intentions of both sides to begin and then implement joint projects on the construction of battle ships, unmanned aerial vehicles as well as turbine engines of all types.

The framework military agreement determines the guidelines and principles of bilateral cooperation, the security mode of classified information, the intelligence exchange procedure, the legal regulation of activities of specialists seconded by both parties to mention but a few.

Undoubtedly, military cooperation and strategic partnership between Ukraine and Turkey is a subject of serious concern of Russia which is one of the key players in the Black Sea region. For instance, Russian military analyst Georgiy Berezovsky maintains, “The deepening of mutual cooperation between the two countries creates a whole string of threats to the Kremlin beginning with the possible worsening of a situation in Donbas where new Turkish weapons can be used and ending with direct challenges to Moscow in the region of the Black Sea”.

In the view of many Ukrainian political analysts, the cooperation between Kyiv and Ankara exceeds the frames of exclusively bilateral relations. It begins to influence the security of the whole region. Andriy Klymenko, the editor-in-chief of the Ukrainian publication BlackSeaNews, writes, “The modern geopolitical situation is a very complex one in the region of the Black Sea and the Mediterranean Sea. Turkey and Russia as well as other countries are seeking to play risky chess games on several boards at the same time. So, the framework treaty on cooperation with Turkey in the military sphere is another element of a complex work aimed at restraining the military expansion of Russia against Ukraine on the Black Sea and in the region as a whole”.

Mykhailo Samus, another Ukrainian political analyst from Kyiv, believes that “establishing close cooperation with Ukraine in the military sphere, the Republic of Turkey rapidly fills those niches that have traditionally been considered the spheres of influence of Russia. As for Ukraine, it is new geopolitics and a new level of interaction… It is a fact that Ukraine restores its subjectivity in the Black Sea Region”. 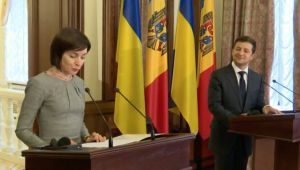 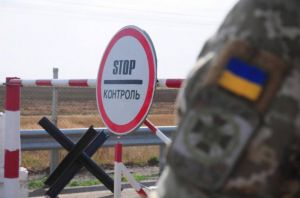 Ukraine has fulfilled its obligations, now we expect the same from Russia 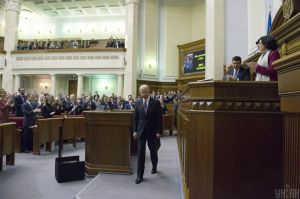