The term ‘quadriga’ stands for 2+2 format meeting of foreign ministers and defense ministers of Ukraine and Turkey. 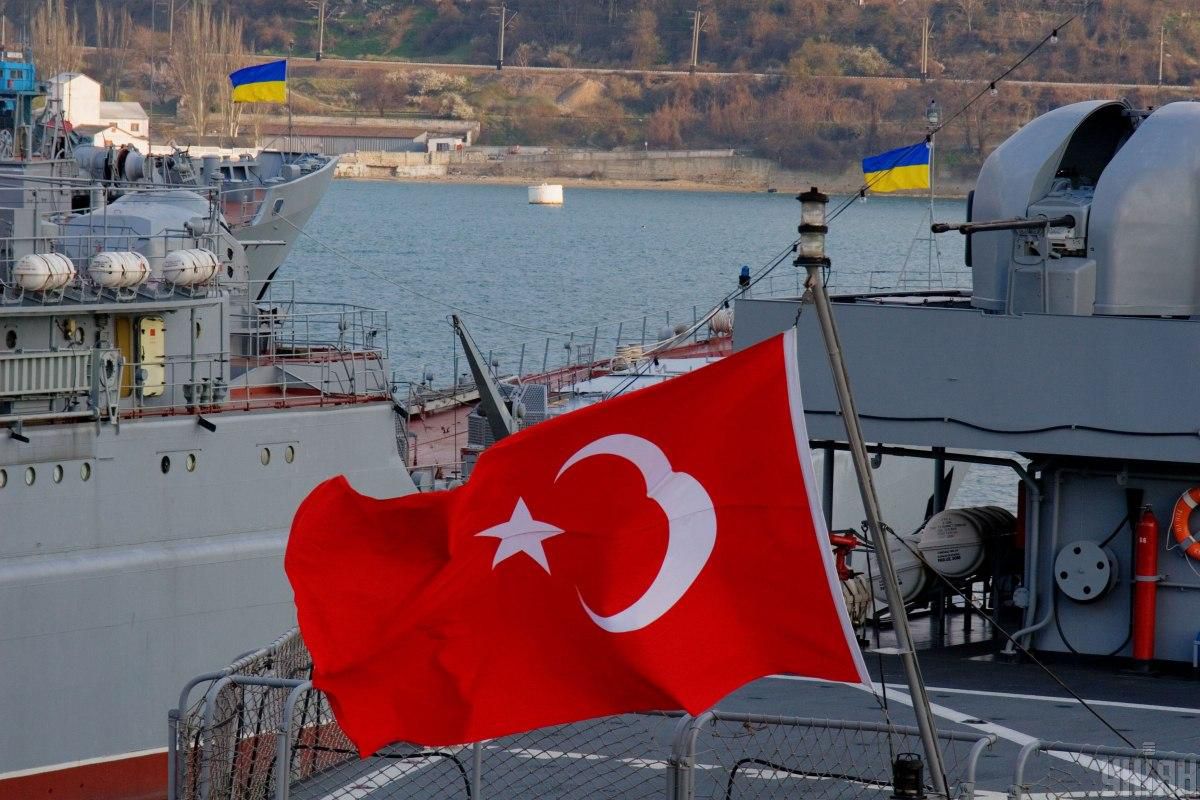 The launch of this format of a Ukrainian-Turkish dialog on issues of politics and security was approved by the Presidents of Ukraine and Turkey during the October visit of Volodymyr Zelenskyy to Istanbul.

On December 18, “Quadriga” became a reality. The Ukrainian capital city of Kyiv welcomed bilateral consultations of Defense Minister Andriy Taran, foreign Minister Dmytro Kuleba from the Ukrainian side and Minister of Foreign Affairs of the Republic of Turkey Mevlüt Çavuşoğlu, Minister of the National Defense Hulusi Akar from the Turkish side. On the same day, the Turkish ministers were received by President of Ukraine Volodymyr Zelenskyy and Prime Minister Denys Shmyhal.

At a briefing that followed the first session of the four ministers, Kuleba stated, “We share an opinion with our Turkish colleagues that the “Quadriga” format will become a powerful driving force for the development of Ukrainian-Turkish ties as well as for the overall situation in our region. Undoubtedly, this format will be useful for supporting the Euro-Atlantic aspirations of Ukraine by Turkey”. As for Mevlüt Çavuşoğlu, he stressed that Turkey would never recognized the annexation of the Crimea by Russia and would continue speaking about this at all international platforms. The Turkish foreign minister went on to say, “We were discussing the ways of how we could give assistance to the Crimean Tatars. Also, we expressed our support of the Ukrainian initiative “Crimean Platform”.

According to Defense Minister of Ukraine Andriy Taran, Ukraine and Turkey are intended to create a mechanism of holding special consultations in the sphere of security and defense of the Black Sea region. In his words, one of the topics discussed by the “Quadriga” meeting was the serious situation on the Black Sea and the Sea of Azov. This region is under a strong pressure on account of Russia’s aggressive behavior.

In his turn, National Defense Minister Hulusi Akar said the following, “We’ve done a lot for the development of our military cooperation. At all international platforms, we support Ukraine and its course for integration with the Euro-Atlantic community”. The head of the Turkish Defense Ministry emphasized the fact that Ukraine is very important for ensuring peace and stability in the region of the Black Sea. That’s why the two countries are working together to advance their military-industrial complexes by way of uniting their efforts and opportunities in this area.

Direct military contracts signed on December 14 are a vivid proof that this work is gaining momentum. Under these contracts, Turkish companies pledge to share with Ukraine their technologies and production capabilities that are used to manufacture corvettes, turbine engines and unmanned aircraft systems (UAS) which are needed badly by Ukrainian armed forces.

The UAS showed their high military effectiveness during the recent large-scale fighting in Nagorno-Karabakh. Thanks to these systems, Azerbaijan could liberate its territories formerly occupied by Armenia.

The Ministry of Defense of Ukraine concluded first-ever direct foreign economic contracts for military goods which are part of the broader military agreement signed by the governments of Ukraine and Turkey in October.

According to many political analysts, the increasing level of bilateral cooperation between Ukraine and Turkey cannot but cause a serious concern on the Russian shores of the Black Sea.

The Ukrainian newspaper Mirror of the Week wrote “Second in NATO only to the United States in terms of military power, Ankara, controlling Bosphorus and facing increasing tension in relations with Russia in Syria, Lybia and now in the Caucasus, proves to be a difficult partner for Moscow. Today, this partner has every chance to become even more difficult taking into account the Ukrainian factor”.

At the same time, Turkey’s policy in the Ukrainian direction fully complies with the position of the North-Atlantic Alliance which made it public following the meeting of foreign ministers of NATO member countries that was held from December 1 to 2. During the meeting, the Alliance urged its members to give any possible assistance to Ukraine and Georgia.

As NATO Secretary General Jens Stoltenberg said, “Russia continues to violate the sovereignty and territorial integrity of Georgia and Ukraine. It continues its military build-up in the Crimea and increases and deploys its forces in the region of the Black Sea”. Considering the present-day situation, the Alliance confirms once again its support of the territorial integrity and sovereignty of Ukraine and Georgia. The North-Atlantic Alliance has discussed the programs of their reforms and is going to step up its practical support of these two Black Sea countries.