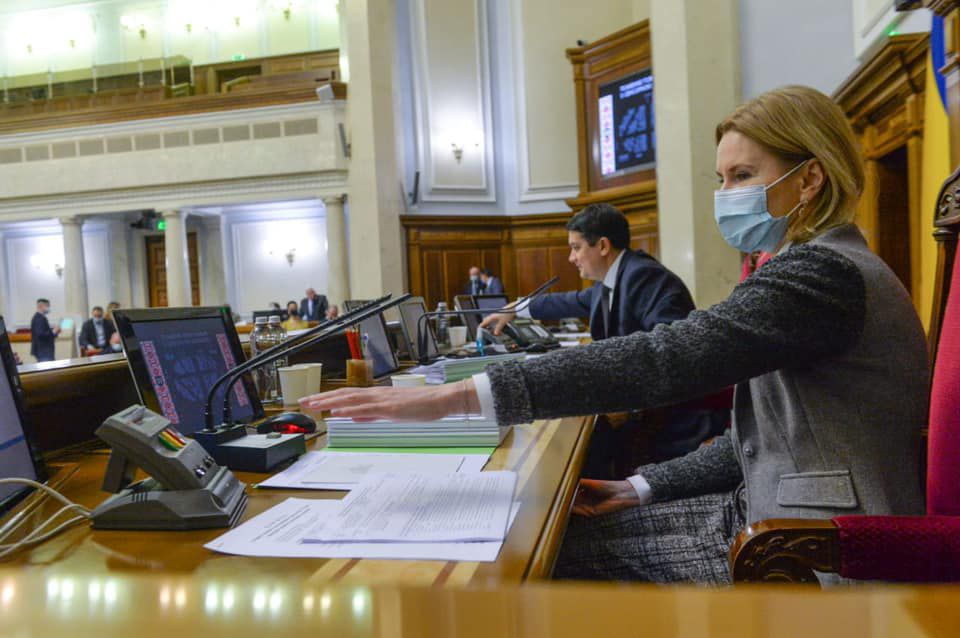 Verkhovna Rada Chairman Dmytro Razumkov announced early this week, “The touch button system has passed an appropriate test and now works at the Verkhovna Rada. We can use it for voting during sessions. The system will be able to stop impersonal button pressing within the Parliament walls”.

Apart from the button system, additional video surveillance cameras have been installed in the session hall to prevent violations and remove “blind spots” in the back rows. The cameras will allow the law enforcement agencies to track the place where the violation is committed.

All these measures supplement the law on criminalizing impersonal voting. The law that came into effect last January introduced criminal liability for voting by one MP instead of the other MP during a plenary session.

In the words of Parliament Deputy Speaker Ruslan Stefanchuk who initiated the adoption of this law, “the criminal liability for such actions is not an end in itself but an instrument to achieve a noble goal ‒ to cleanse the Verkhovna Rada from such a shameful thing as impersonal button pressing”.

Analysts say that due to the sensor buttons and the new cameras “the voting for your neighbor” will be practically impossible. Now, a deputy has to vote with his both hands: one will hold a sensor button and the other will press a voting button until the result of his voting will appear on the screen. “Well, now one needs a third hand to press the button of one’s neighbor”, joked Oleksiy Honcharenko, an MP from the party “European Solidarity”.

In the opinion of many experts, the installation of these pieces of modern equipment in Parliament is a very important measure as it restores its subjectivity and makes the role of its chairman more significant in the process of law-making.

Political analyst Viktor Taras commented, “The installation of the sensor button is a revolutionary step in the activities of Ukrainian Parliament. Earlier, oligarchs literally bought the voices of the people’s deputies. And such a “pianist” was running around the session hall pressing the buttons for “himself and for that fellow”. The deputy’s mandate which means one voice lost its value. And now things have changed entirely”.

Referring to the previous Parliament speakers, Taran described them in the following way. For instance, Oleksander Moroz will be remembered as the man under whose guidance Parliament adopted the Constitution of Ukraine. Oleksander Turchinov who was the Speaker and the acting President of Ukraine at that time stood against Russian aggression. And the current Chairman Dmytro Razumkov will go down in the history of the Verkhovna Rada as the man who has reformed Ukrainian Parliament by restoring its subjectivity.