On March 19, the Council for National Security and Defense (CNSD) passed a resolution to impose a package of sanctions against ex-President Viktor Yanukovych and a number of top-ranking officials of his administration. 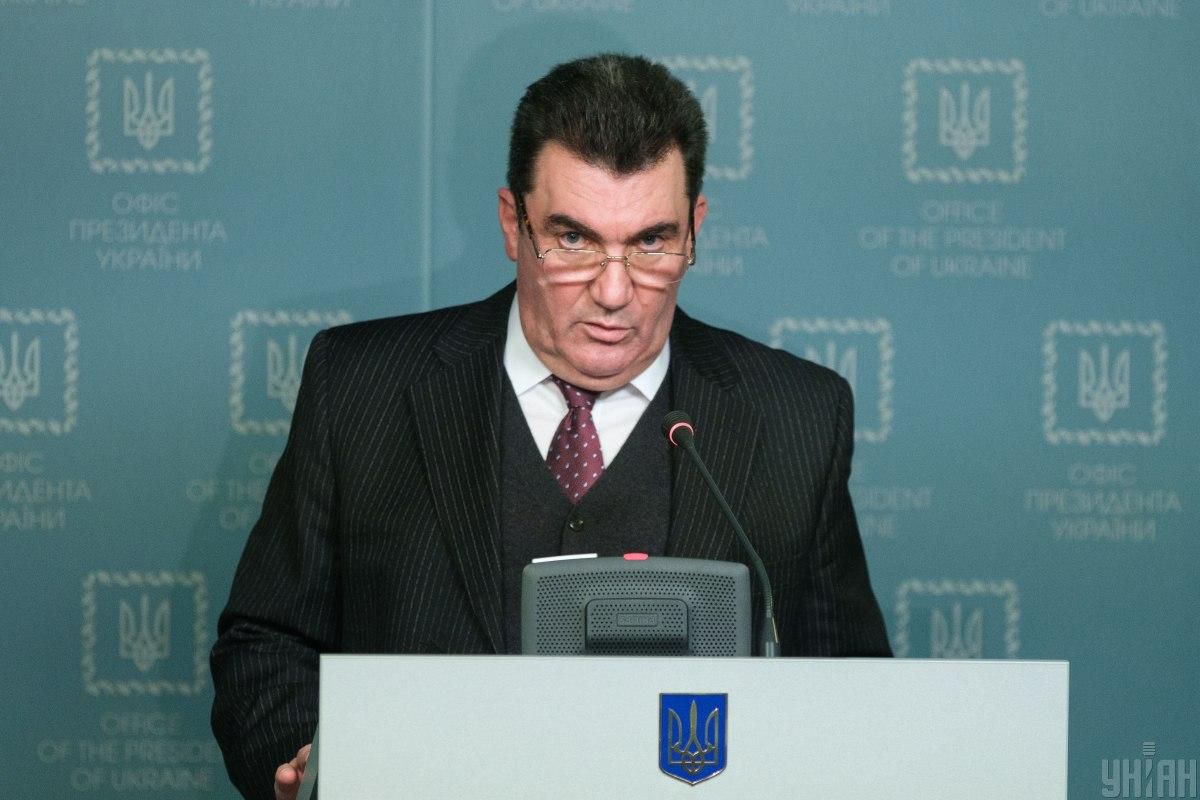 In the photo: Oleksiy Danylov, the secretary of the Council for National Security and Defense.

In his words, by its resolution the CNSD enforced the largest number of personal sanctions permitted by Ukrainian legislation. Besides Viktor Yanukovych and ex-Prime Minister Mykola Azarov, the list of the sanctioned officials also includes Serhiy Arbuzov, the former First Deputy Prime Minister and the chairman of the National Bank of Ukraine; Viktor Pshonka, the ex-Prosecutor General; Dmytro Tabachnyk, the former Minister of Education and Science, and a number of other functionaries of the Yanukovych era.

As many as 27 persons have been sanctioned. Among them there are former militiamen who broke the oath and currently serve in Russia or in the districts of Donbas that are not controlled by the Ukrainian government as well as some Russian and Crimean politicians.

According to Danylov, 99 percent of these persons have Russian citizenship. And the sanctions have been imposed on them on the recommendation of the Security Service of Ukraine.

During the March 19 session of the CNSD, Ivan Bakanov, the chairman of the Security Service, said, “The matter of national security defense calls for us to take further steps in order to bring to account all those who have betrayed Ukraine and now work for the benefit of the aggressor. In 2014, the then leaders carried a great deal of responsibility for the socio-economic and political situation in the country. But they allowed for the worst to happen the invasion of our country by the Russian Federation. That’s why they must answer for it”.

Also, the decision has been taken to instruct the law-enforcement agencies to examine all valid decrees and orders of Viktor Yanukovych in order to discover hidden threats to national security.

CNSD Secretary Oleksiy Danylov went on to say at the briefing, “Today, we have a number of valid decrees and orders of the former President Viktor Yanukovych who has been convicted in compliance with Article “State Treason”. The sentence has entered into force. The government has been ordered to analyze all still valid regulations for the purpose of threats to the national security of Ukraine”.

After the session of the National Security and Defense Council, President Zelenskyy explained that the resolution to impose personal economic sanctions against 27 citizens means that the assets and property of these individuals will be arrested. They will be stripped of all their state awards.

At the March 19 session, the decision was also made to impose sanctions against 19 companies that make use of Ukrainian natural resources. According to information provided by the investigative agencies, the owners of these companies acquired these resources at understated prices thereby inflicting considerable economic damage to the state.

Zelenskyy said, “According to the Constitution of Ukraine, the natural resources are the national property of the people of Ukraine. Times ended when there were so-called privileged persons who identified themselves with the Ukrainian people and who believed that they could profit from the use of the country’s national riches”.

The President announced a new financial document for Ukrainian youth the economic passport that entitles all children born in Ukraine to receive funds from the use of the country’s natural resources. These funds will be accumulated at the personal bank account of a child. Upon reaching the age of 18, he or she may use the accumulated money to obtain higher education.