Red lines for the Kremlin

“The West won’t agree with new military operations in Ukraine”, declared the President of France. 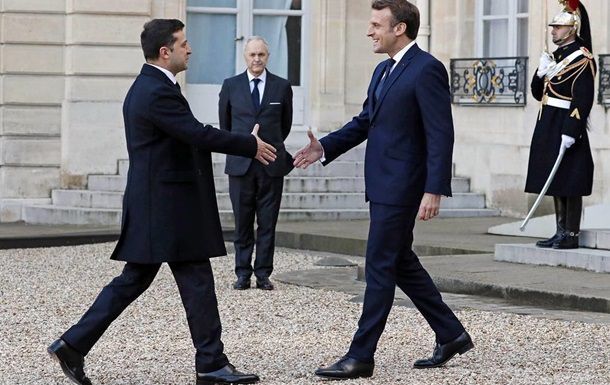 In his interview with the CBS on Saturday, April 17, Emmanuel Macron said, “I think the situation is unacceptable. Russia must carry out de-escalation. The today situation and the level of tensions on the border are absolutely counter-productive and inadmissible”.

He emphasized the necessity to speed up a diplomatic dialog while the United States and Europe should be very clear in their approach to Russia. “We will never agree with new military operations in the Ukrainian territory. And we should find a way to be authoritative regarding this matter”, stressed the French President. In his opinion, the Western countries should set the limits to the acceptable behaviour of the Kremlin. Macron went on to say, “We should draw precise ‘red lines’ in our relations with Russia”. President Macron offered to impose more sanctions against the Russian Federation if it crosses these lines.

A day before, on April 16, President of France Emmanuel Macron and President of Ukraine Volodymyr Zelenskyy met in Paris for a summit. Later, German Chancellor Angela Merkel joined them by video link. They expressed their concern over the build-up of Russian troops on the border with Ukraine and in Crimea, illegally annexed by Russia. The statement of the German Chancellor published after the summit meeting reads in particular, “The three leaders demanded the Russian troops to withdraw in order to ensure de-escalation in the zone of the conflict”.

Merkel and Macron assured the Ukrainian President that they support the independence, sovereignty and territorial integrity of Ukraine. Besides, they emphasized the necessity for the full implementation of the Minsk agreements and promised to continue work within the Normandy format. At this point, the French leader spoke in favour of “a constructive, honest and open dialog” with Russian authorities.

As the Elysée Palace informed on Saturday, April 17, Emmanuel Macron is intended to hold talks with Vladimir Putin in the nearest future though most of political observers believe that to convince the Kremlin leader to resume talks within the Normandy Four format will be an extremely difficult task.

According to Vice Prime Minister of Ukraine Oleksiy Reznikov, the President of France and the Chancellor of Germany are aware that Ukraine implements accurately all commitments stipulated by the summit meeting of the Normandy Four leaders that was held in Paris, on December 9, 2019. “Unfortunately, the President of Russia is not going to demonstrate his readiness for bringing peace to Donbas. I think Macron understand this. He faces a tough challenge. As a leader of one of the leading European countries, he has to try to make Putin sit down at a negotiating table explaining him that no goals will be reached by a military confrontation”, stressed Reznikov.

Meanwhile, Foreign Minister of Ukraine Dmytro Kuleba called for sectoral sanctions against Russia. On Monday, April 19, he attended the session of the EU Foreign Affairs Council. The minister wrote after the session, “At the today session of the EU Foreign Affairs Council, I’ve informed my colleagues on the current dangerous course of Russia and suggested a step-by-step plan how to keep Moscow from further escalation. The key element of my plan is to prepare a new package of sectoral sanctions because individual sanctions are not enough”.

Last week, U.S. President Joe Biden signed an executive order to impose new sanctions against Russia in response to what it says are cyber-attacks and other hostile acts. The European Union has supported the American sanctions but still keeps silence about introducing its own sanctions although a number of countries call upon them do to so. 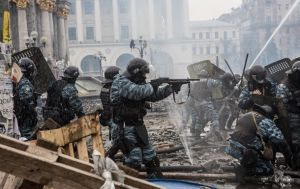