The Ukrainian President is to pay an official visit to Washington

President Volodymyr Zelenskyy of Ukraine has been invited to visit the United States on August 30, according to White House Press Secretary Jen Psaki. 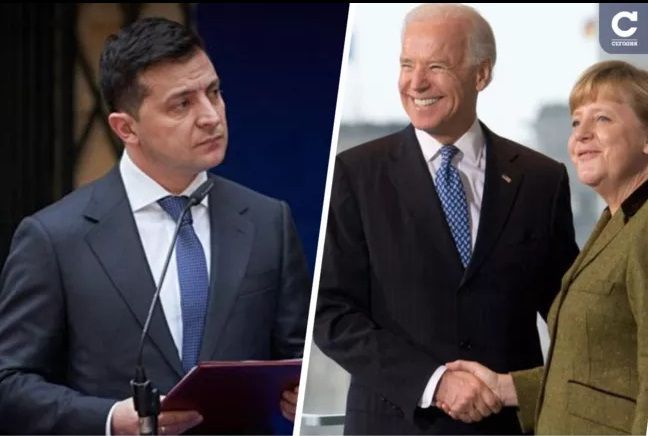 The visit of the head of the Ukrainian state will affirm the United States’ unwavering support for Ukraine’s sovereignty and territorial integrity in the face of Russia’s ongoing aggression in the Donbas and Crimea, the White House statement said.

The upcoming meeting of two presidents speaks of the close cooperation of two countries on energy security, and the backing for President Zelenskyy’s efforts to tackle corruption and implement a reform agenda based on the shared democratic values.

In response to the invitation of the White House, Volodymyr Zelenskyy has said that he is looking forward to a meaningful and fruitful meeting with his American counterpart.

He posted a short comment on his twitter, “We are going to continue discussing important questions of strategic partnership Ukraine has with the United States such as peace in the Donbas, the return of the Crimea, Ukraine’s security, energy as a challenge to collective security, economic development and support for Ukrainian reforms.”

The White House’s invitation for Zelenskyy to visit Washington on August 30 is an important step towards the implementation of agreements reached by the Ukrainian and American leaders during a June telephone conversation, according to the Office of the Ukrainian President.

“The agenda of the upcoming talks will include, first and foremost, security issues involving ways of counteracting the aggression of the Russian Federation against Ukraine, tackling the worsening situation in the Black Sea Region and the Donbas, the de-occupation of the Crimean Peninsula, measures to increase the energy security of our state in particular and Europe as a whole, military cooperation between Ukraine and the United States. The parties will continue discussing the Nord Stream-2 project as a challenge to the security of our country and the region as a whole,” the office of the President informed.

In the meantime, the United States and Germany have reached an agreement on the Russian Nord Stream-2 gas pipeline. The text of the agreement has been published by the Foreign Ministry of Germany on its website.

Thus, Germany obliges to make Russia extend the current treaty signed by Kyiv and Moscow for the transit of natural gas for another ten years. The gas deal was concluded for five years and it expires in 2024.

Besides, the United States and Germany pledge to assist Ukraine in broadening the range of energy sources. The governments of these countries will assign money for this purpose.

If Moscow decides to use Nord Stream-2 for pressure, for instance, to cut fuel supplies via Ukraine, then Berlin obliges to take adequate measures including new sanctions.

This problem was the focal point of the joint statement by the heads of the Foreign Offices of Ukraine and Poland. The statement reads, “The decision to build Nord Stream-2 approved in 2015 just a few months after Russia’s invasion and the illegal annexation of Ukrainian territories created a political and security crisis as well as a crisis of confidence in Europe.”

The ministers went on to say, “Today, the crisis is deepening by the unwillingness to stop the commissioning of the pipeline.”

They believe that such a situation creates additional political, military and energy threats to Ukraine and Central Europe. More than that, it “increases Russia’s chances to influence destructively European security and at the same time deepens disagreements among the countries-members of NATO and the European Union.”

Dmytro Kuleba and Zbigniew Rau called on the United States and Germany to “take an adequate approach to the security crisis in our region the sole beneficiary of which appears to be Russia.”

Besides, Ukraine and Poland declared that they would be working together with their allies and partners with the aim of preventing Nord Stream-2 from being commissioned until relevant decisions are made to deal efficiently with the security crisis, to support countries in their aspirations to become members of Western democratic institutions, to minimize a threat to peace and energy security.

Chairman of the Verkhovna Rada (Parliament) of Ukraine Dmytro Razumkov sent a letter to Nancy Pelosi, the speaker of the U.S. House of Representatives.

In his letter, Razumkov says, “The Nord Stream-2 gas pipeline is, first of all, a geopolitical project aimed at making European countries energy dependent on the gas monopoly of the Russian Federation. This project considerably reduces the range of energy suppliers to European customers and at the same time increases Russia’s possibilities of using its domineering position at the European energy market.”

Razumkov maintains that the Russian gas pipeline should be viewed as a part of the aggressive policy pursued by Russia against Ukraine as well as against the entire Western world.

He noted in his letter, “The completion and commissioning of this project will make it possible for Russia to increase its aggression against Ukraine and potentially against other European states.”

The head of Ukrainian Parliament appealed to the U.S. Congress to be persistent in continuing the policy of sanctions which would not allow to complete the construction and commissioning of the gas pipeline. 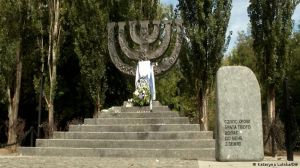