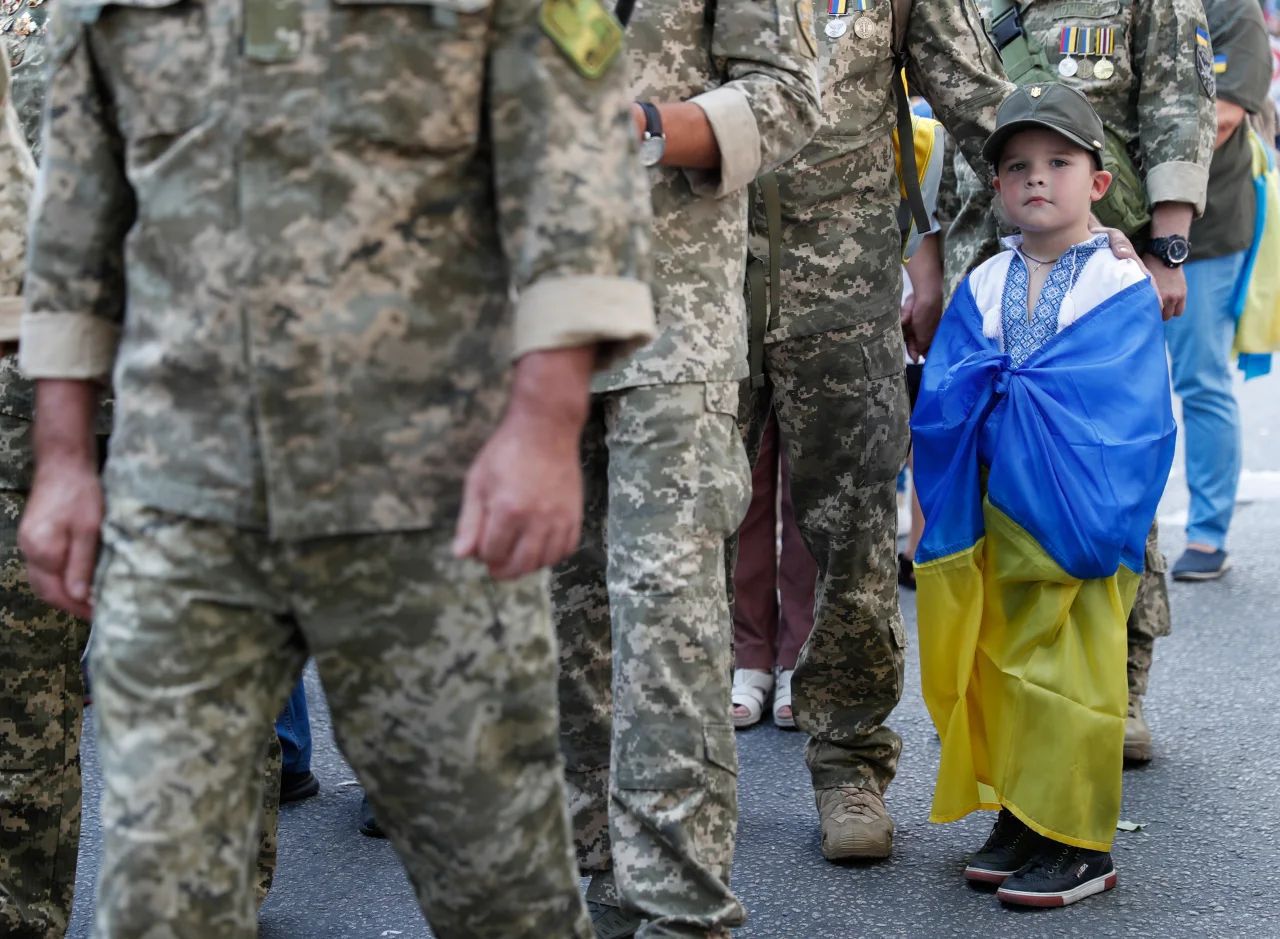 Ukrainian Parliament Speaker Dmytro Razumkov said this at the solemn session dedicated to the 30th anniversary since the Act of the Declaration of Independence of Ukraine was adopted. The session was held on August 24.

Thirty years later, he went on to say, in spite of repeated attempts to destroy our country, to wipe it out, the Ukrainian people has proved its right to exist, to be independent and has shown its ability to protect and guard the country. “Independence has always cost dearly,” stressed the Chairman of the Parliament and added “our ancestors paid a very high price for it as nowadays the Ukrainians continue paying the same price for independence giving up the most valuable thing that man has ‒ their life.”

In his speech, Razumkov stressed that the Verkhovna Rada would never endorse a document that surrenders national interests of Ukraine. “We are going to stand up for our territorial integrity even to the point when we’ll have to do it one to one. I am convinced that never from these walls, where the Act of the Declaration of Independence was born, will come out a document that will validate the violation of the territorial integrity and the surrender of national interests,” concluded Speaker Razumkov.

The same day, August 24, President Volodymyr Zelenskyy while delivering a speech at the military parade featuring Independence Day signed the decree which establishes a new holiday ‒ the Day of Ukrainian Statehood ‒ to be celebrated July 28 of each year.

“We will celebrate the birth of our statehood on the Day of the Christening of Kyivan Rus’-Ukraine. And I am signing the relevant decree today.”

The President went on to say, “We are a young country with a thousand-year history. We build our house on the land where our ancestors lived and built. We are not guests or lodgers. We are a young family from the glorious dynasty of Kyivan Rus’-Ukraine. From the ancestry of founders. The ancestry of baptists. From a brave ancestry. The wise ancestry. The Cossack ancestry. We are not orphans and foundlings. We are descendants of a powerful country that was the center of Europe.”

The Day of the Christening of Kyivan Rus-Ukraine is a state-level notable date which is celebrated annually in Ukraine on July 28 to commemorate the baptism of the ancient Rus State by Prince Vladimir in the year of 988.

The President also said, “We are also beginning the process of returning prominent Ukrainians to their homeland. Who lived for the sake of Ukraine. Who fought for Ukraine but who are buried not in Ukraine… We will return what belongs to us. These are historical and cultural values of Ukraine that are abroad.”

Taking part in the military parade dedicated to the 30th anniversary of Ukraine’s independence were five thousand servicemen, 100 airplanes, 400 weapons and equipment. Marching down Khreshchatyk Street, the main thoroughfare of the city, were the military of other countries, including Great Britain, Georgia, Denmark, Canada, Latvia, Lithuania, the United States and Estonia. The parade featured NATO air force, particularly Polish fighters F-16 and British fighters “Hawker Typhoon.”  Celebrations were also held in Odessa, a city on the Black Sea. Odessa kicked off a naval parade participated by warships of Ukraine and NATO.

The march of defenders of Ukraine was held after the military parade ended in Kyiv. The march was represented by 42 public organizations.

The Independence Day large-scale festive events and celebrations involving thousands of people were held across the country on that day.

Ukrainian journalist and public figure Yuri Butusov shares his impressions of the holiday, “The unprecedented number of Ukrainians who attended the celebrations of Independence Day speaks of the fact that we broke away from Russia forever. True, we have quite a few serious problems in the sphere of state affairs and organization processes. But the level of social development is very high. Ukrainians love their country not under the police whip-lash. Their love is a sincere noble impulse. Their love reflects their national self-awareness. And the feelings evoked by the participation in the holiday celebrations cannot be compared with anything. Thank you, dear fellow countrymen. It is a true Independence and Freedom.”