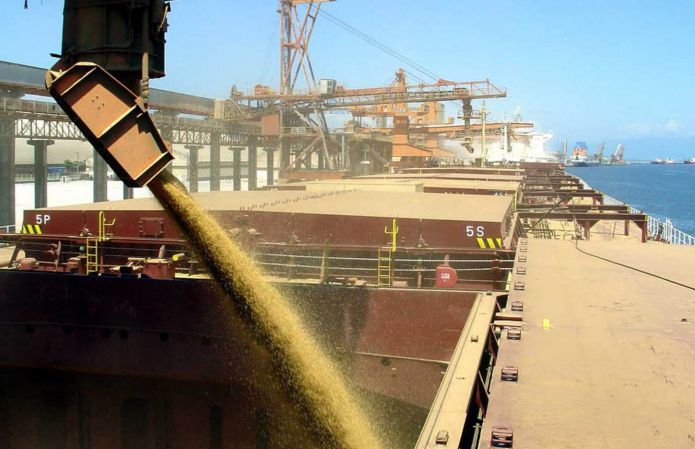 In addition, the Russian navy continues to attack peaceful vessels in the territorial waters of Ukraine.

Therefore, the issue of restoring capabilities of our Naval Forces is very timely. It is because the blockade of Ukrainian ports has now resulted in a global terrorization of the world community in terms of grain and food exports. The attempts of Kyiv and its international partners to resume supplying food to the world market through land corridors are more reminiscent of accepting the force and dictate of the aggressor than of an adequate response. Putinists are waging a global aggression. The reaction to it must be global as well. This particular point was discussed in the Verkhovna Rada during a regular meeting.

Ukraine is able and capable, should its partners supply the weapons, to unlock its seas from the control of the aggressor. "The world must agree on the transfer of MLRS systems and other necessary heavy weapons to Ukraine to deblock the Black Sea. Then we will do everything ourselves," advisor to the Head of the Office of the President of Ukraine Mykhailo Podoliak wrote in the Telegram.

What is bad for the democratic world is good for Putin. The world's recognition of a prospect of global famine, which is a consequence of the Kremlin's actions in Ukraine, gives Russia a lot of bargaining chips for strategic blackmailing through... stomach. And they have already been thrown on the table. Russia says it will open access to seaports in exchange for lifting the sanctions. By the way, the UN Secretary-General Antonio Gutierrez proposed to lift a number of sanctions against Russia, so that the Kremlin would unblock grain exports from Ukraine.

In turn, The Minister of Foreign Affairs of Ukraine Dmytro Kuleba has a negative attitude to such an ultimatum/proposal but does not rule out discussing certain restrictions to avoid the hunger in the world.

U.S. Secretary of State Antony Blinken, speaking at a meeting of the U.N. Security Council on conflict and food security last week, stressed that the Russian authorities are apparently using food shortages as weapons to achieve what has failed through an armed attack, namely, to undermine the spirit of the Ukrainian people. "Nevertheless, Ukrainians are trying to feed their population and the whole world," he said.

If the international community reduces sanctions under the pretext of saving the world, it will be a geostrategic disaster. Because modern Putin's realities are completely different, the retreat is regarded as a defeat. Russia does not need peace in our understanding and in the traditions of international law. They need space, even just a piece of it, where the dictatorial regime would not feel criminally guilty and would not expect the punishment, a place where there would be no general rules of conduct on the basis of justice and partnership, etc.

It is here and now that the dilemma of the world's greatest evil is decided – the global famine becomes the greatest strategic achievement and an asset for the victory of the Putin’s regime over democratic civilization.