To Unite the Country in Deed and not in Words 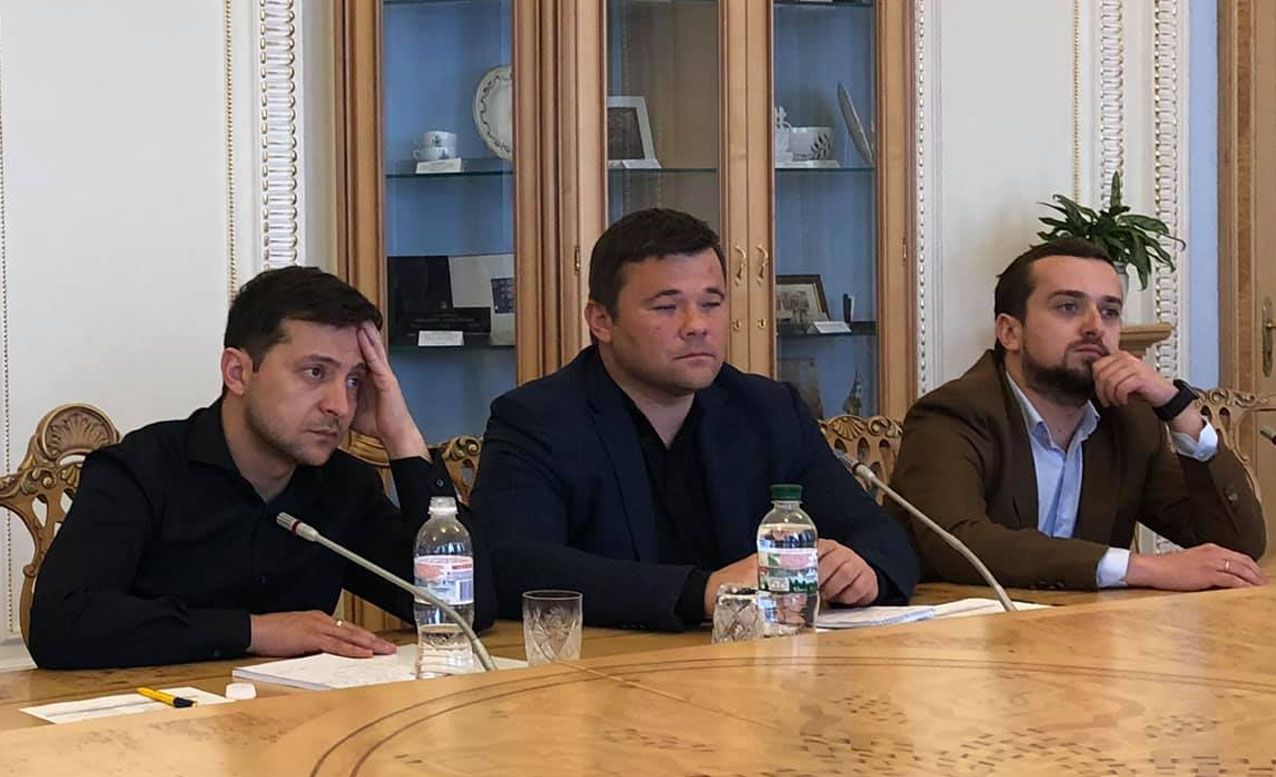 Results of the recent presidential elections in Ukraine have been officially published. In accordance with the election legislation, the inauguration of the newly-elected head of the country has to take place on June 3rd or 30 days since the Election Day.
Last Saturday President-elect Volodymyr Zelensky met with Speaker Andriy Parubiy and some leaders of factions and groups. Members of all parliamentary factions and groups were in attendance. The meeting was held behind the closed doors at the Verkhovna Rada (Ukrainian Parliament). After the meeting, the winner of the presidential race gave a short press conference.

A few days before his meeting with the lawmakers Volodymyr Zelensky said that inauguration would be the major issue of the discussion. He offered to conduct the ceremony on Sunday May 19th at the Verkhovna Rada. However, it is Parliament that will have to set the date and the place of inauguration by its decision.

On the eve of the meeting at Parliament Zelensky sent a letter to the Speaker in which he noted that “the date and the hour of the solemn ceremony also are to be agreed with the elected head of the State”. His letter in part said, “Under the condition of foreign aggression it is very important for our country to make certain that the President-elect will take office as soon as possible in order to avoid ‘power vacuum’. In connection with this circumstance, I propose to conduct the solemn Parliament session dedicated to the taking of an oath of allegiance to the Ukrainian people on May 19th , 2019”.

In answering questions of journalists, Zelensky described his meeting with the lawmakers, “It’s been a first acquaintance. So far there is no close relationship. It is too early to say about that”.

To the question about a possibility to disband the current Parliament, Zelensky said that since he did not have presidential powers he was not in the position to discuss this matter.

The deputies who were present at the meeting with the President-elect informed journalists that there had been a proposal to conduct the inauguration ceremony on May 28th. However, no concrete agreement concerning this date had been reached, they said. The lawmakers promised to discuss with their political parties the proposal on holding the inauguration on May 19th .

Oleh Berezyuk, head of the “Samopomich” (Self-Reliance) faction, had this to say to reporters, “I don’t’ see any problem or threat in the date of May 19th, only an advantage. I think it is good that the President-elect came to Parliament, met with factions’ leaders and discussed this issue with them. It is something new in Ukrainian parliamentary practice”.

Meanwhile National Memory Institute Director Volodymyr Vyatrovych addressed Volodymyr Zelensky with the following comment, “May 19th is a very badly-chosen date for inauguration. It is Memorial Day to remember victims of political repressions. Declared by the 2007 presidential decree, it is the day of national mourning on which commemoration services are held throughout Ukraine”.

After these meetings, Volodymyr Zelensky stressed that his strategy is to unite the country in deed not in words, after all the unity is a guarantee of strength. “I call upon representatives of different religious confessions to support our initiative to launch a dialog with Ukrainians who live in temporarily occupied regions. We believe that such a dialog will become a first possible step toward returning our countrymen to Ukraine, their home”, said the President-elect.