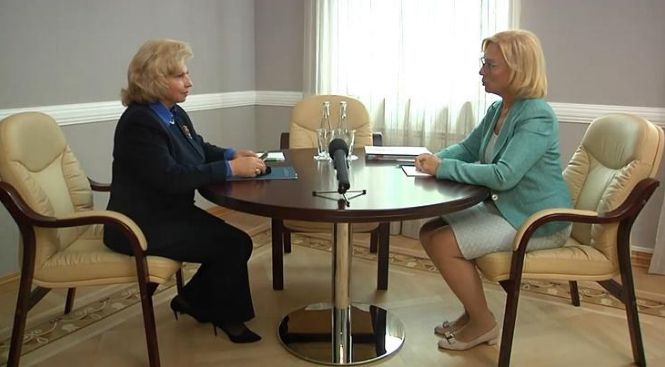 The ombudspersons of Ukraine and the Russian Federation have exchanged lists of prisoners to which the Ukrainian side added the names of the Marines captured by Russia during the Kerch Strait incident. Lyudmyla Denysova, Verkhovna Rada representative for human rights, spoke about this on Monday, July 15, after the meeting with her Russian colleague Tatiana Moskalkova who had been to the Ukrainian capital on a one-day visit. Both sides have reached an agreement that the lists of the detained Ukrainians and Russians will be verified at their second meeting on July 16, in Moscow.

While in Kyiv, Moskalkova underscored the importance of the recent telephone conversation of two presidents. “Now we can go along with the bilateral dialog that has begun”, she said.

The Foreign Office of the Russian Federation has reaffirmed that Russia holds talks with Ukraine about the exchange of 24 Ukrainian sailors captured in the Strait of Kerch. Deputy Foreign Minister of Russia Grigoriy Karasin told the Interfax News Agency, “Of course, this issue is being discussed. We think about that”. However, Karasin refused to answer the question whether it is worthwhile to expect any progress in this direction in the near future.

On July 14, ex-President Petro Poroshenko said that according to his sources the Ukrainian Marines were planned to be released prior the snap parliamentary election that is due to be held on July 21.

On November 25, 2018, the Russian Federal Security Service (FSB) coast guard captured three Ukrainian Navy vessels, a tugboat and two artillery boats, attempting to pass from the Black Sea into the Sea of Azov through the Kerch Strait on their way from the port of Odessa to the port of Mariupol. The Russian military took prisoners 24 Ukrainian sailors, three of them were injured. The Ukrainians were accused of illegally entering Russian territorial waters. On May 25, 2019, the International Tribunal for the Law of the Sea obliged Russia to release the captured sailors and their vessels. But the Russian side has refused to filfull the verdict of the Tribunal. The Foreign Office of the Russian Federation claimes that the UN International Tribunal for the Law of the Sea has no jurisdiction to consider demands of Ukraine to release the captured war ships and the sailors.