Either a road towards peace or a total mobilization

President of Ukraine Volodymyr Zelensky took a working trip to the Donetsk Region where he met with Ukrainian servicemen. 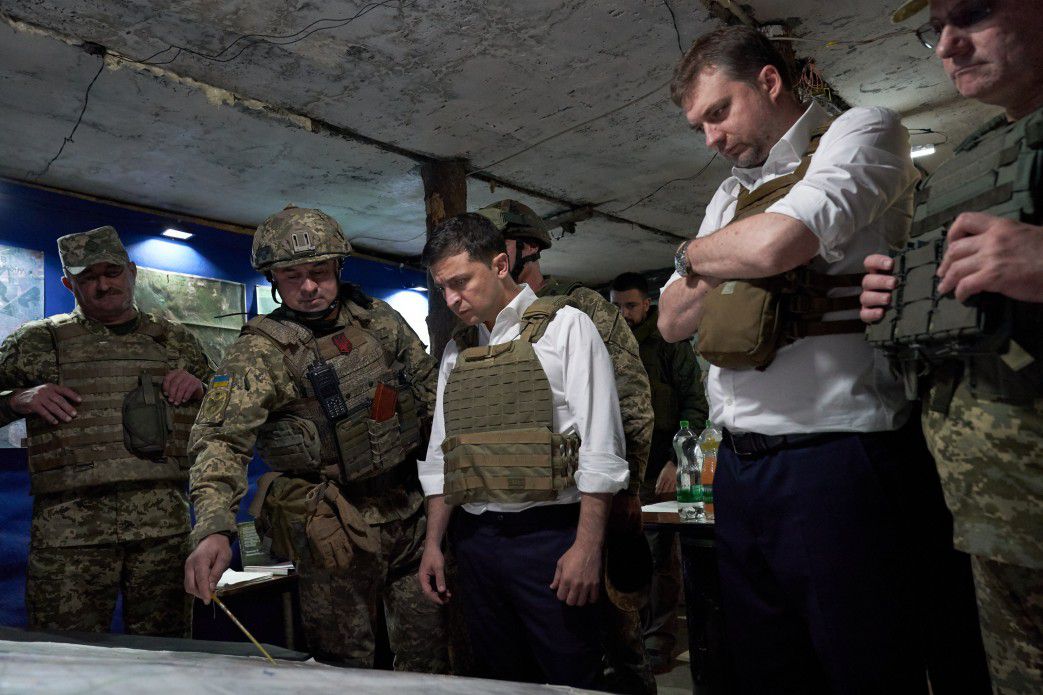 he President congratulated them on the Day of the Defender of Ukraine which is marked on October 14. Addressing soldiers and officers, President Zelensky said that after several years of war Ukrainians had become stronger. “This holiday is a truly great day for Ukraine”, the President noted. He went on to say that prior the war in Donbas that began in 2014, Ukrainians believed that they were safe. But they were wrong. “The war seemed something very distant. We knew about it from books and movies, from reminiscences of our grandfathers while the State did little or nothing at all to take care of the army, to make it strong. We heard from news about armed conflicts raging somewhere in the world but we were sure that such thing would never happen to us”, the President stressed.

Unfortunately, the President said, for the realization of the scope of the catastrophe caused by a lack of foresight the State has paid too high a price, having lost thousands of people as well as control over part of its territory. “The annexation of the Crimea and the beginning of the war in Donbas, terrible news about heavy casualties, bombardments, captured villages and towns all this was a truly shock therapy”, President Zelensky went on to say. In his words, events like these can be considered crucial milestones in the life of any country. “These are the moments of truth, the moments when the entire nation faces only two roads. The first road is to surrender and disappear from the face of the Earth for ever. Or to choose the second road which calls the people to arise and be born anew in defiance of everyone, to spite all enemies. To rise to our feet, shake off the dust, smile and say to the enemy, ‘You’ll never live that long to see our defeat’. That’s exactly the road we’ve chosen”, said the head of State.

Ukrainian Foreign Minister Vadym Prystaiko believes that the implementation of the Steinmeier Formula is a road to peace, the only alternative to which is a total mobilization in Ukraine. He voiced his opinion in Luxemburg following a meeting of the foreign affairs committee of the European Parliament. “This formula has been developed and approved by the previous Government. And we, unlike that Government, are fulfilling what Ukraine has already agreed upon. Of course, it is a painful compromise. We know and hear every word spoken against it but we hope that together we’ll be able to go along this road as far as possible in order not to do more harm to our sovereignty and territorial integrity than it has already been done”, said Prystaiko.

On the Defender of Ukraine Day, the capital city of Kyiv again became the venue of protests. Columns of protesters carrying slogans “No to Capitulation!” marched along the central city streets demanding from President Zelensky to continue the war in Donbas till final victory or resign. Then protesters gathered in Independence Square for a meeting. The organizers of the march, a group of servicemen who fought in the Russian-Ukrainian war in Donbas, spoke at the meeting. After that, they conducted another meeting at the Office of the President. According to police reports, an estimated 12 thousand people took part in the march of protest.