The European vector of Ukraine is a right choice

“We have no doubts that the European vector of Ukraine is a right choice. Ukraine will keep moving in that direction”, Prime Minister Oleksiy Honcharuk said recently. 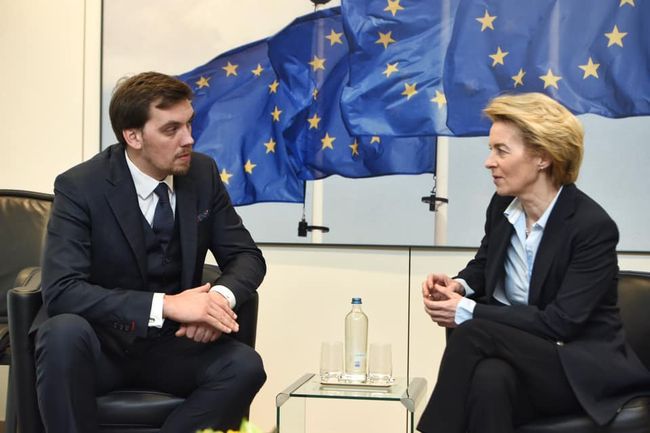 According to the Premier, one of the tasks of his government is to update the association agreement between Ukraine and the European Union. The work is expected to be completed next year.

“We are presently studying all provisions of this agreement together with our foreign partners with the aim of making it as effective, practical and successful as possible for both sides. As far as Ukraine is concerned, integration with the European Union is considered an accomplished fact the efficiency of which is confirmed”, said Honcharuk.

The implementation of the association agreement was the topic of the sixth session of the EU-Ukraine Association Council which took place in Brussels, January 28. This was the first joint meeting of the new Ukrainian government and the new composition of the European Commission.

The sixth meeting of the EU-Ukraine Association Council issued a joint statement in which the Council approved the economic agenda of the Ukrainian government and reaffirmed the European Union’s intention to continue supporting Ukraine. Besides, the Association Council welcomed the strengthening of political and economic ties between Ukraine and the European Union, particularly the increasing of bilateral trade.

The Association Council welcomed steps of the government of Ukraine to further approximate its national legislation with the European law in the area of the digital economy. The European Union reiterated its readiness to promote the digital transformation of Ukraine and to further cooperate in tackling cyber and hybrid threats as well as disinformation.

The joint statement noted the significant progress of reforms in Ukraine and the need to continue them in order to create transparent and equal conditions for doing business and sustaining favorable investment climate.

In Brussels, Honcharuk met with President of the European Commission Ursula von der Leyen who confirmed the intention of the European Union to continue supporting Ukraine in implementing reforms and counteracting Russian aggression.
The Ukrainian Prime Minister thanked the leadership of the European Union for their unwavering support of sovereignty and territorial integrity of Ukraine, their consistent policy of sanctions against Russia for acts of armed aggression against his country.

According to Honcharuk, his government’s ambitious agenda for the next five years is to reach European economic standards that will allow Ukraine to seek membership at the European Union. To accomplish this agenda, it is necessary to increase rates of association agreement implementation as well as comprehensive economic reforms.

Premier Honcharuk also met with President of the European Council Charles Michel. They focused on ways of deepening cooperation between Ukraine and the European Union. It was noted that last year bilateral trade in goods and services increased by 9.6% and reached 39.6 billion dollars. However, since the Ukrainian government uses more and more often duty-free tariffs on its goods deliveries, it calls for updating the trade part of the association agreement.

At the Brussels meeting, the sides signed an agreement on developing and supporting the agricultural sector and small businesses in Ukraine. European partners have pledged to provide 26 million euros of financial assistance.

High Representative of the Union for Foreign Affairs and Security Policy Josep Borrell voiced his intention to visit Ukraine within the next few weeks. At a joint press conference with the Ukrainian Prime Minister, Mr. Borrell said that Ukraine was a key partner of the European Union rather than just a neighbor.