Dmytro Razumkov, “A positive trend in relations with Canada will be retained” 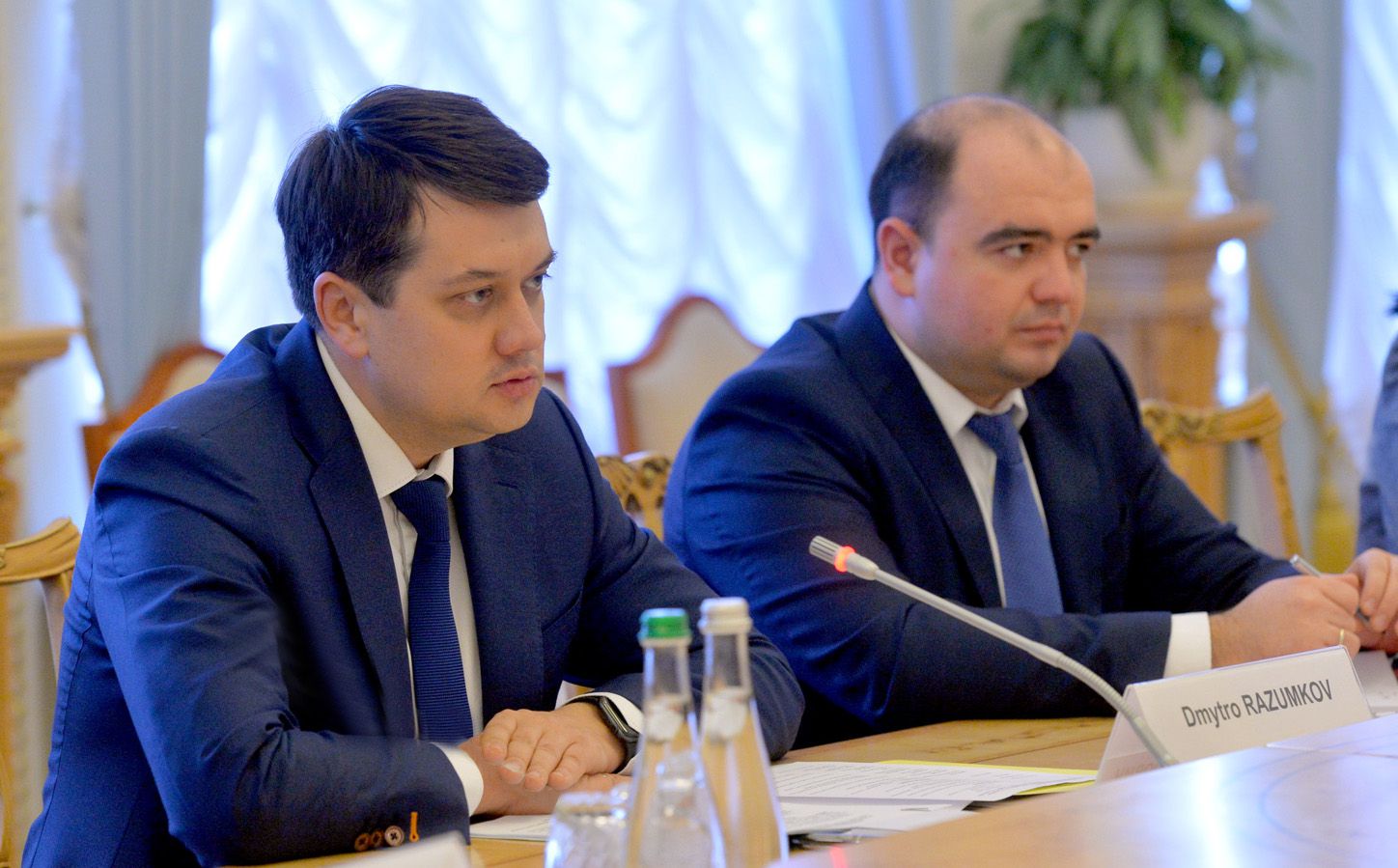 Chairman of the Verkhovna Rada Dmytro Razumkov met with Larisa Galadza, Ambassador Extraordinary and Plenipotentiary of Canada to Ukraine. Razumkov congratulated the Canadian Ambassador on her new position and an opportunity to work in Ukraine. “I hope very much that we’ll succeed in keeping on a positive trend in our relations with Canada”, noted Razumkov.

The Chairman of Ukrainian Parliament emphasized a necessity to continue effective cooperation between both countries particularly at the inter-parliamentary level. Razumkov evaluated highly the work of the Canada-Ukraine Parliamentary Friendship Group and expressed hope that it would be instrumental in helping solve problems and meet challenges that these two countries face today.

Dmytro Razumkov thanked the Canadian authorities for being consistent and firm in supporting Ukraine’s territorial integrity and sovereignty in the international arena. The Ukrainian Speaker noted Canada’s contribution to Ukraine’s efforts to return temporarily occupied Donbas and Crimea. Stressing the importance of Canadian aid, especially military aid, Razumkov was hopeful that joint military exercises would continue.

The Verkhovna Rada Chairman gave a high appraisal to the long-standing activities of the Canada-Ukraine Parliamentary Program (CUPP), established by Ukrainian Canadians jointly with the Parliament of Canada.

During their meeting, Razumkov and Galadza touched on the recent tragedy that had happened to the Ukrainian airliner in Iran. Many Canadians died in the plane crash. The Ukrainian Speaker expressed his condolences to the families of the victims. “Together we will promote in every way possible the thorough investigation of the catastrophe so that the guilty will be punished. Ukraine calls for the black boxes to be handed over to it so that Ukrainian investigators will be able to study what has happened to the Ukrainian passenger airliner in detail. We believe that both Ukrainian society and the international community must know the truth”, said Razumkov.

For her part, Larisa Galadza praised the efficient work of Ukrainian Parliament and stressed that relations aimed at bringing two countries closer together would be continued. “We have noted changes and openness of Ukraine. And we see that reforms are being held”, stressed the Canadian Ambassador. She assured of her readiness to promote the implementation of cooperation programs with Ukraine.