We won’t allow sanctions against Russia to be cancelled 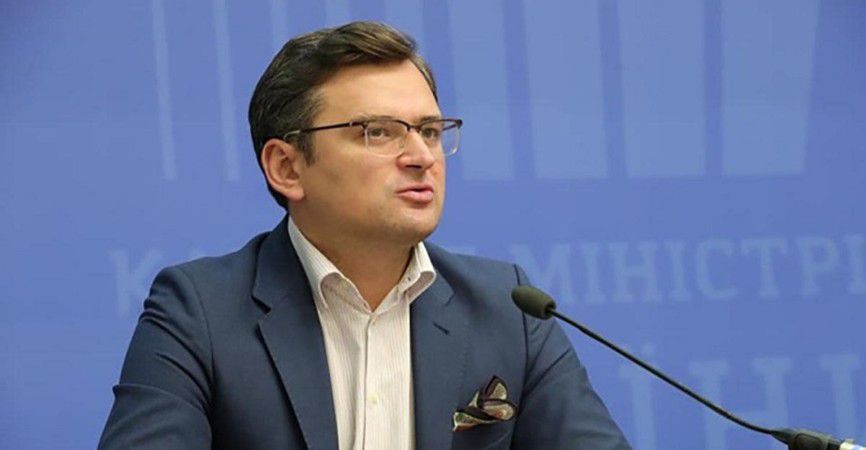 While commenting on the appeal of Russian leaders for lifting all sanctions because of the CORVID-19 pandemic and the ensuing economic crisis, Foreign Minister Dmytro Kuleba spoke firmly against the abolishment of sanctions against Russia. In his words, the appeals to end sanctions are a sort of a “worm” that Russia deliberately let out amid the current economic catastrophe. “It is a risk. It is an indisputable risk about which we’ve warned earlier and to which we’ve responded immediately. But we won’t allow it to happen”, stressed Kuleba.

According to the Ukrainian Foreign Minister, Ukraine is working to prevent these appeals from being realized and reach their target. “Russians call everything ‘a humanitarian issue’ when the question of lifting sanctions arises. No, it is not a humanitarian issue. The sanctions have nothing to do with humanitarian issues”, he added and went on to say, “By the way, they keep saying in Russia that the sanctions do not have the intended effect. But I think that the appeals to lift them prove exactly the opposite. The sanctions do work because if they did not Russians would not pay so much attention to this issue”. The head of the Ukrainian Foreign Office believes that measures to counteract Russian aggression “should by no means recede into the background”.

Last week, Konstantin Kosachev, the head of the committee for foreign affairs at the upper house of Russian Parliament, made a statement. In his words, the pandemic and the world economic recession create “a unique chance to break the vicious circle of sanctions” which, in his words, are imposed to bring a political effect but “in reality they bring about nothing but mutual economic losses”. However, Kosachev seems to forget that the major package of the economic sanctions has been imposed on Russia for its illegal annexation of Crimea and aggression in Donbas. Nevertheless, Kosachev has called to end all restrictions against Russia “without going into the prehistory of the issue, without looking back at politics and without all those who have been so carried away by sanctions lose their faces”. But he did not mention the fact that today Russia appears to be in a very difficult situation brought about by a current oil crises and a collapse of ruble exchange rate.

In response to his statement, the Foreign Office of Ukraine has said that sanctions against Russia have produced a serious effect on its economy despite the Kremlin’s continuous objections. Thus, the statement of the Ukrainian Foreign Offices reads, “We are sure that Russia has the only one way, effective and quick, of getting rid of the pressure of international sanctions. And this way is to stop aggression against Ukraine, end the occupation of Ukrainian territories, and pay a compensation of the inflicted damage”.

“The world really must unite in its struggle against the coronavirus infection”, the statement reads, “but such struggle must not be an excuse for ignoring or leaving without punishment the ongoing aggression of Russia against Ukraine”.

Recently, Russian President Vladimir Putin has admitted that the Russian Federation has sustained almost 50 billion dollars’ worth of losses as a result of sanctions but allegedly it has been able to compensate for these losses thanks to the policy of import substitution. “But we don’t give a damn about all these sanctions”, he said. However, Putin’s current assessment of the losses caused by sanctions differs drastically from that given by the Russian authorities earlier. For instance, in 2018, the then Prime Minister of the Russian Federation Dmitriy Medvedev voiced different figures. In his words, the Russian economy received 100 billions dollars less because of sanctions imposed by the West.

In the photo: Dmytro Kuleva.