More than 16 thousand amendments are an absolute record in all the previous years of activities of the Ukrainian Parliament. 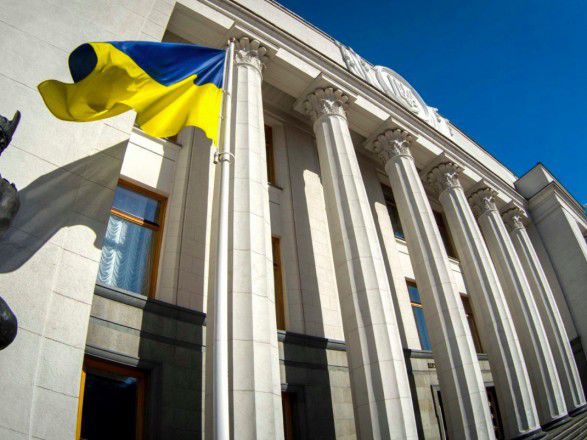 Such was the number of changes offered by opponents to the bill that outlaws the returning of the nationalized insolvent banks to their former owners.

At the end of March, this bill passed the first reading at the Verkhovna Rada. The “anti-Kolomoisky” law as the news media have christened it is geared to prevent oligarch Ihor Kolomoisky from appealing against the nationalization of PrivatBank and returning the control over it.

In order to deal with the complicated situation that has emerged in Parliament, deputies proposed to change the regulations, a measure which would allow for speeding up the consideration of bills with a great number of changes instead of dragging debates for months. When approved, the special procedure made it possible to discuss 241 amendments at an extraordinary session on May 13th and pass the bill by 270 votes.

The approval of the banks bill is of crucial importance for official Kyiv as it enables the Ukrainian authorities to continue cooperation with the International Monetary Fund and the World Bank. Along with the land market law, now the law on banks that bans to return nationalized banks to their former owners is the major condition of the IMF to resume financial aid to Ukraine.

At the end of 2016, the government of Ukraine nationalized PrivatBank, the largest private bank in the country. Ihor Kolomoisky was the major stockholder of the bank. The Ministry for Finances became the owner of a 100 percent of shares. The bank was nationalized because its former leaders had transferred large sums disguised as credits to affiliated companies.

In April 2019, the Kyiv Court recognized as illegal the nationalization of PrivatBank and invalidated its sales contract. The court decision was made on a lawsuit filed by Kolomoisky. However, the National Bank of Ukraine lodged a complaint against two decisions of the circuit administrative court of Kyiv recognizing the nationalization of the bank illegal.

As a result, the Kyiv commercial court of cassation suspended the legal proceedings to recognize illegal the nationalization of Privatbank by the State until the final conclusions by the Supreme Court. However, there was a possibility that the largest financial institution of Ukraine could be returned to its former owner by a court decision. With the passage of the law on banks such a possibility has been ruled out.

Now the program of financial aid from the IMF has become feasible. As Finance Minister Serhiy Marchenko said, negotiations with the Fund on the Standby Program have been practically completed. Under the 18-months program, Ukraine expects to receive the five billion dollars worth of credit in several tranches. Part of the credit will be directed to the State Budget.

It should be noted that the Standby Program of the IMF will contribute greatly to the macro-financial stability of Ukraine and the fulfillment of the State Budget for this year. At the extraordinary session of the Verkhovna Rada that took place on April 13, deputies supported the budget sequester as a necessary measure amidst the COVID-19 pandemic.

More than 130 billion hryvnas of the Fund aid were directed to the budget revenue. So, if the banks law was not approved by Parliament, the budget deficit would be three times as much ‒ up to 300 billion hryvnas. Such a situation would threaten with unforeseen consequences and even more than that: it would put the national economy on the verge of a default.

Matti Maasikas, the Ambassador of the European Union to Ukraine, said after the bill had been voted by the Verkhovna Rada, “The European Union welcomes the adoption of the law on the banks regulation. It is a measure vitally important for the protection of public finances and Ukrainian taxpayers, for economic stability, transparency, the supremacy of law and a chance to receive more financial support from the International Monetary Fund and the European Union”.