There is the truth and it wins 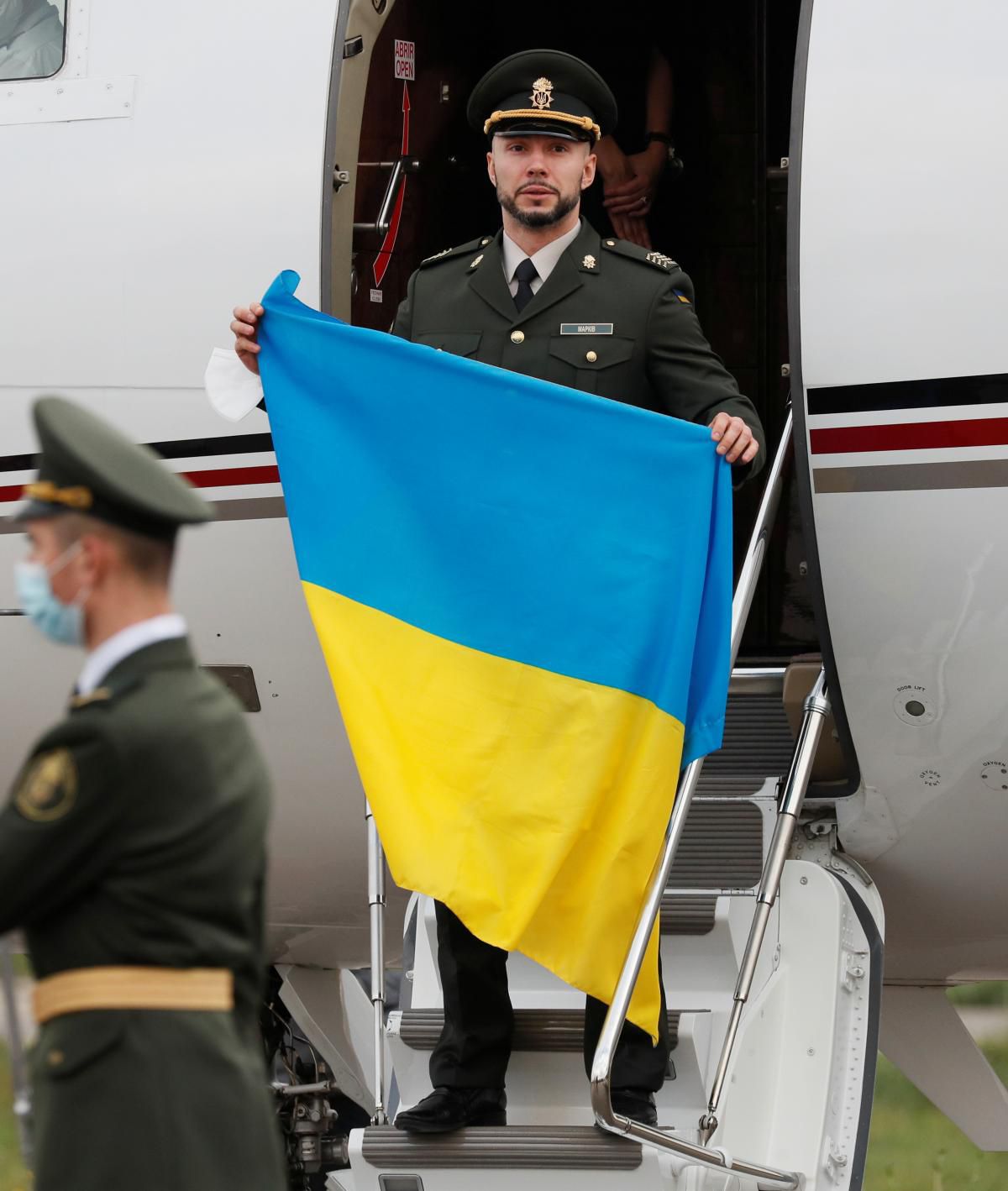 “I’ve faced the meanness of propaganda and the meanness of false information aimed at defaming the honor and dignity of Ukraine and its people. And I’ve promised myself to stand up to the end ― not only for myself but for all those heroes who gave their lives defending the sovereignty and independence of our country. And we’ve proved that by joint efforts one can achieve the truth. There is justice. There is the truth and it wins”. All these words belong to Ukrainian National Guard member Vitaliy Markiv who was kept in Italian prison for three and a half years and on November 4 returned home, to Ukraine.

On November 3, the Court of Appeal of the city of Milan acquitted and released Markiv from custody. Late in the evening of the same day, Markiv left the maximum security prison “Opera” not far from Milan.

A year ago, the first instance court of the city of Pavia sentenced him to 24 years of imprisonment on the charges of involvement in killing an Italian reporter in the militants-occupied Donbas in May of 2014. Markiv has always denied his involvement in the crime and declared that he was innocent and had nothing to do with the crime he was charged with. Beginning with the day of his arrest in the summer of 2017, the defense of Markiv argued the absolute non-involvement of the guardsman in the incident and therefore the total absence of evidence of his guilt.

According to Zoryan Shkyryak, an advisor of the Interior Minister of Ukraine, the Ukrainian soldier has been released thanks to the painstaking work of Ukrainian investigators who have presented the Italian side the absolutely undeniable proofs of his innocence. In cooperation with Italian colleagues, a film was shot showing that Vitaliy Markiv could not be guilty of the crime he was accused of. “Actually this film has become the last point in this process”, said Shkyryak.

For his part, Deputy Interior Minister of Ukraine Anton Herashchenko is sure that Vitaliy Markiv was tried to be made guilty at the instigation of Russian propagandists. Immediately after Italian photo reporter Andrea Rocchelli was killed by the burst of a mortar mine in the hostilities zone of Donbas, all Russian media accused Ukraine of this tragic incident. The deputy interior minister said that “some people whom we do not know began informing the Italian secret service that Markiv who has Italian citizenship and has often visited Italy on business is involved in the crime”. Although his fault was in fact that he was two kilometres far from the place of the death of Rocchelli. “Nevertheless, the Russian propaganda media have been doing everything to show, referring to the death of the Italian reporter, that Ukrainian soldiers are monsters who kill journalists”, Herashchenko stressed.