We are all interested in the objective investigation of this case

The second round of Ukrainian-Iranian talks on the investigation of downing Ukraine International Airlines Flight PS752 ended in Tehran in late October. 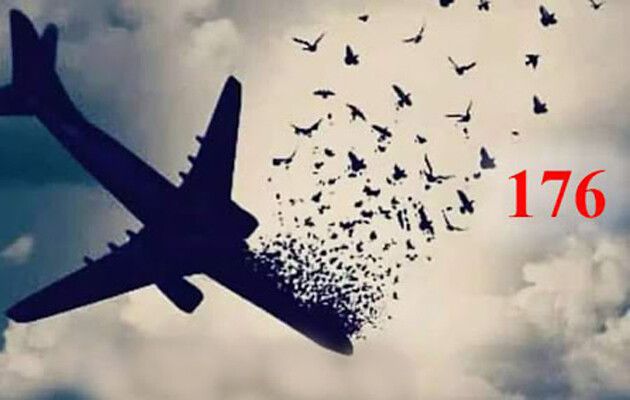 The passenger airplane was shot down by the Iranian Air Defense in January of this year. It was agreed that Iran would provide Ukraine within a week with all information on the results of the investigation of the criminal case, in particular the detailed explanation why the aircraft had been shot down and who is responsible for the crime. Besides, Iran pledged to provide equal compensations to the relatives of all the victims aboard the plane shot down by the Iranian military regardless of their citizenship.

However, in early December, the General Prosecutor’s Office of Ukraine reported that more than a month had passed since the end of the last talks but “Ukrainian investigation still has not received the materials and evidence promised by Iran”. On top of that, the official Tehran which had promised earlier to allocate 200 million euroes from the national development fund of the state budget for compensations broke its promise at the beginning of December and refused to pay. In an attempt to excuse its refusal, the Iranian government declared that the allocation of such large funds would allegedly “lead to serious debates within Iranian society”.

On December 8, Deputy Foreign Minister Yevhen Yenin announced that the Ukrainian side still counts on the goodwill of Iranians but at the same time is going to use both diplomatic and legal instruments to make Tehran fulfill its international obligations. According to Yenin, the official Kyiv is intended to appeal to the UN International Court “if the negotiations end in deadlock and we will exhaust all possibilities to reach an agreement with the Iranian side”.

Ukraine has called on all its international partners in Canada, the United States, France, the Netherlands, Germany and other countries to support its efforts in seeking justice. While addressing the Internal Safer Skies Forum, Ukrainian Minister of Infrastructure Vladyslav Krykliy stressed that “we are all interested in the objective investigation of this case”.

To remind our readers: On January 8, 2020, the Flight PS752 operated by Ukraine International Airlines crashed in Iran. The airplane was en route from Tehran to Kyiv. Shortly after takeoff the plane crashed. On board the Boeing 737 there were 11 citizens of Ukraine, including the crew, and also citizens of Iran, Canada, Sweden, Afghanistan, Germany and Great Britain. All 176 passengers and the crew died.

Three days after the tragedy, President of Iran Hasan Ruhani admitted that the Ukrainian airliner had been shot down “as a result of an unintentional human error” and promised to hold the perpetrators accountable.

According to information that came on July 18, Iran transferred the flight recorders, the “black boxes”, to France for examination. The data recovered from the flight data recorder and the cockpit voice recorder pointed to the illegal interference into the flight.

Two rounds of the Ukrainian-Iranian talks were held in July and October of this year. The purpose of the talks was to establish all the circumstances of the tragedy, bring the guilty to responsibility and see to it that all necessary compensations will be paid.

On October 6, Minister of Foreign Affairs of Canada François-Philippe Champagne while speaking in Ottawa at a meeting commemorating the Canadian citizens who had perished in the crash declared that all the perpetrators had to be punished. In particular he said, “The Iranian regime that does not want to dig into the details won’t be able to intimidate us”.

Also in October, the relatives of the Americans who died in the crash of the Ukrainian plane filed a lawsuit at the Federal Court of Washington against the government of Iran and the Iranian Islamic Revolutionary Guards Corp. The relatives of the victims blamed the Iranian authorities for their inability to ensure the safety of passengers during flights, for their attempts to hush up facts and destroy the key evidence.