Armistice is not peace 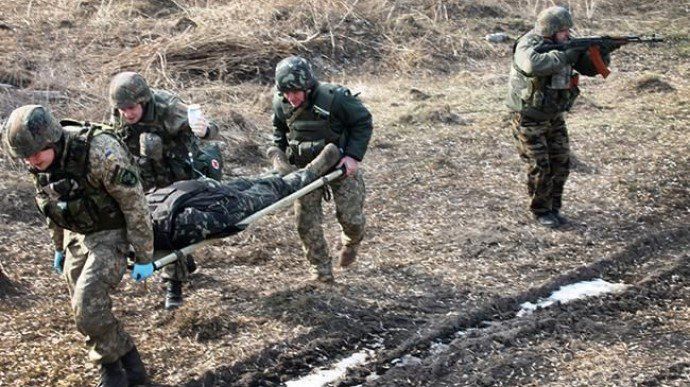 Military observer Denys Popovych commented on the recent worsening of the situation in Donbas, “Peace comes only when politicians put their signatures to relevant documents and troops return to the places of their deployment. The ceasefire that has been in force for the past six months is not peace. Anyway, it was clear that it would be broken sooner or later because politicians had failed to come to a fundamental agreement. The point is that they will never come to such an agreement because their positions are too different”.

The escalation was caused by an attack that took place on March 26 near the settlement of Shumy in the Donetsk Region. As a result of mortar shelling of Ukrainian positions by illegal Russia-controlled military formations, four Ukrainian soldiers were killed and two others were wounded.

According to Oleksiy Arestovych, an adviser to the Ukrainian delegation at the Trilateral Contact Group (TCG), since July 27, 2020, when the last ceasefire was announced, mercenaries have killed 45 soldiers of the Ukrainian Armed Forces.

The opinion of Denys Popovych is shared by Leonid Kravchuk, the first President of Ukraine and currently the head of the Ukrainian delegation at the TCG. Thus, Kravchuk has stressed that the Russian Federation has been and is consistent in its philosophy which is to destroy Ukraine. “It’s Russia’s main task. In principle, Ukraine should not exist as a state. This is the position of Mr. Putin, the President of Russia, who articulated it officially many years ago. So, it will be an exaggeration to wait that they will behave humanely”, Kravchuk added.

Kravchuk’s statement is supported by Oleksiy Danylov, the secretary of the Council for National Security and Defense (CNSD). Danylov maintains that Russia tries to speak with Ukraine from the position of force not only because it has a serious problem with water supplies in the annexed Crimea. “That we are in a very difficult situation with Russia may be caused not only by the shortage of water supplies in Crimea. The reason maybe any because the main target of the Russian Federation is to destroy our country”, said the secretary of the CNSD and added that the Russian authorities have never concealed it.

President of Ukraine Volodymyr Zelenskyy promised to discuss the military escalation in Donbas and the death of the Ukrainian soldiers with the leaders of the Normandy Four which includes Ukraine, Germany, France and Russia.

Presidential Office Chief Andriy Yermak has called for urgent consultations with political advisers to the leaders of the states, the members of the Normandy Four Format.

Ukrainian Parliament (Verkhovna Rada) plans to give careful consideration to the shelling of the Ukrainian positions. Speaker Dmytro Razumkov said that the enemy’s action would be given an objective assessment at the nearest session of Parliament.

The parliamentary faction of the pro-Presidential party “Servant of the People” has strongly condemned the fact of the violation of the ceasefire by the Russian military formations and called upon the international community to response adequately to Russia’s new aggression.

Appealing to the President of Ukraine and the government, the party “Voice” demands that they stop closing their eyes to the ongoing war with Russia and respond immediately to the attack in Donbas.