“Normal people do not kill their kin”

“Ukrainians and Russians are one people, one whole”, declared the Russian President during an annual televised phone-in dubbed “Direct Line with Vladimir Putin” on June 30, 2021. 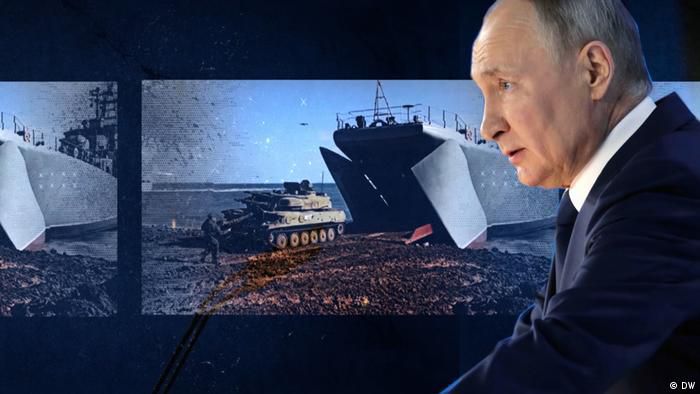 He promised to write an article on this topic. And on July 12, the Kremlin’s website published a long article by the President of Russia titled “About the historic unity of Russians and Ukrainians”.

He claims that the two peoples allegedly share the common history. Putin writes, “The true sovereignty of Ukraine is only possible in partnership with Russia.” Besides, he stresses that “… a present-day Ukraine is entirely a product of Soviet era. We know very well and we remember that it has been formed predominantly on the lands of a historic Russia. To become convinced of that, one only has to look at the borders of those lands that were reunited with the Russian State in the 17th century and then at the territory of the former Ukrainian SSR when it seceded the Soviet Union.”

So, not only the present-day borders of Ukraine but its very right to existence has been put under question. Many Ukrainian experts regard this article as preparation for a highly likely escalation in the future. In fact, it is not a mere propagandistic article, they claim. Some of its assertions can be viewed as a series of ideological arguments in support of a new wave of Russian aggression and an encroachment on the territorial integrity of Ukraine.

“Putin’s article is generously interspersed with verbal balm about friendship, respect for Ukraine and brotherly sentiments. But through all this verbal tinsel the grin of Russian imperialism can be clearly evident. Here is the thesis about ‘a single great nation, a triune people,’ and the denial of the existence of modern borders of the post-Soviet nations which have appeared as a result of the break-up of the former Soviet Union. If there is a will, all this can be easily used to excuse Russia’s striving for territorial expansion at the expense of its neighbors, including Ukraine. We had to face all this in 2014. Unfortunately, Putin’s article implies that a new attempt to realize the imperial ambitions of Putin himself and the Kremlin’s ruling top is quite possible,” believes Ukrainian diplomat Kostyantyn Yeliseyev.

“Putin’s declarations must be remembered and remembered by all who cherish hopes to come to an agreement with the Russian President. But no agreement is possible. The war will go on. People will suffer and die. Such is our reality. Either we will give a repulse and Putin’s successors will have to come to recognize the right of Ukrainians and Ukraine to exist or the whole of Ukraine will be occupied and eventually will become a part of Russia.

“We have no other choice. As a matter of fact, there will never be the other choice. After all, Ukrainians do not exist in Putin’s head and the country by the name of Ukraine has never been and never will be,” said Ukrainian columnist Vitaliy Portnikov.

Many in Ukraine wonder why this article has been published today. Perhaps Putin has decided to respond in such a way to the upcoming 30th anniversary of Ukraine’s independence. Proceeding from the main assertions put forward in this article, “the error of history” (Ukraine) has long had to cease to exist. But Ukraine continues to live, develop and defend its sovereignty despite Putin’s pseudo-theories. In practice, Ukraine is moving away from Russia even further. And this strongly irritates the Kremlin ruler, to put it mildly. Putin does not want to understand that he alienates Ukraine from himself by his aggression and violence against it. And here no article will help.

A number of extremely negative responses to “the Kremlin’s article” posted in social networks prove this point. Thus, an ordinary Ukrainian writes in Twitter, “What one people? What brothers? Judging by how purposefully and cool-blooded they have been killing us during centuries, we are not even kinsmen. Normal people do not kill their kin.”