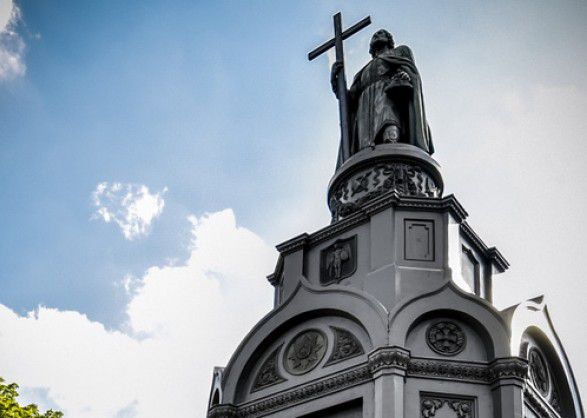 Most citizens of Ukraine, as many as 55%, disagree with the assertion articulated recently by President Vladimir Putin of Russia in his article that “Russians and Ukrainians are one people who belongs to the same historical and spiritual space.”

The latest public opinion poll has corroborated what the majority of people in Ukraine think about this subject. The poll was conducted by the group of sociological studies named “Rating” from July 23 to 25 of this year.

However, 41% of all the respondents canvassed by the group agree with Putin’s contention in one way or the other. The survey has also shown that 60% of the residents of the eastern Ukraine have said that they support his statements while 70% of the residents who live in the western areas of the country have refuted the Russian President’s claims.

President Volodymyr Zelenskyy of Ukraine has flatly disproved the Kremlin’s propaganda arguments that the modern Russia is the heir to the Kyiv Rus State and Ukrainians and Russians are the single entity. The President said this in his address to Ukrainians on July 28 congratulating them on the 1033-anniversary of the christening of the ancient Kyiv Rus State.

“The Kyiv Rus is the mother of our history. Twenty-four regions of the contemporary Ukraine and the Crimean peninsula are her children and rightful heirs. So, cousins and distant relatives should not lay any claim to her legacy trying to prove their belonging to her millennium-long eventful history while situating thousands kilometers from places of their origin,” declared the head of the Ukrainian state.

“It is not a mere part of our history. It is our history. And we do not need to prove this fact by referring to treatises, essays or articles on history. Not scientific papers are our witnesses but those carved in metal and stone. Not myths and legends are our witnesses but our cities and streets,” said Volodymyr Zelenskyy commenting indirectly on the so-called “historical” article by the President of Russia in which the master of the Kremlin tries to prove on the basis of tales and propaganda clichés that it is Russia that is the historic heir to the Kyiv Rus State while Ukrainians are just a part of the Russian people.

By the way, 75% of the Ukrainian respondents firmly believe that Ukraine must by right be considered the historical heir to the Kyiv Rus and not Russia, according to the results of the recent opinion poll carried out by the group “Rating.”