“You are my only one”

More than 150 festive events featuring the 30th anniversary of Ukraine’s independence will be held at the end of August across the country. 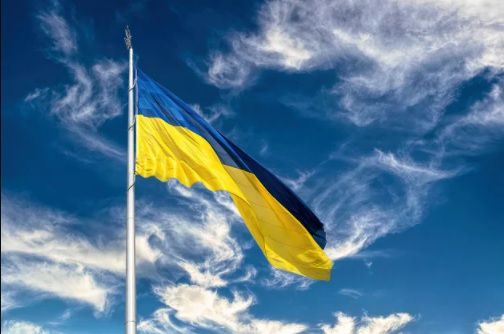 The thirty years of independence is a truly landmark occasion the importance of which cannot be limited by the narrow frames of formal festivities. Throughout centuries millions of Ukrainians fought to be independent. During that span of time, they were destined to pass through many hardships, betrayals, wars, famines. And even after receiving so much-sought-after freedom and statehood, the whole generation of our contemporaries had to stand up for their freedom and European choice during two revolutions and later to defend with arms the sovereignty and territorial integrity of the Ukrainian state against attacks of the northern neighbor.

This year’s celebrations of Independence Day will be unforgettable. Hundreds of foreign guests, including heads of State and government, representatives of parliaments have been invited to attend the anniversary celebrations. In all, 30 delegations of countries and international organizations are expected to come to Ukraine.

The festivities will be held from August 22 to 24 under the slogan “You are my only one.”

On August 22, the award-presenting ceremony will take place. President Volodymyr Zelenskyy will award the “National Legend of Ukraine” Prize to distinguished Ukrainians for their personal contribution to the creation of an independent Ukraine, the strengthening of its statehood, the defense of the homeland and services to the Ukrainian people.

August 23 marks the Day of the State Flag which will be raised in the Cherkasy Region, the geographical center of the country. The head of state will attend the ceremony of hoisting the blue-and-yellow flag, the symbol of Ukrainian independence. Celebrations dedicated to this event will be held in all regions of the country.

That very day, the capital city of Kyiv will kick off the first summit meeting of the Crimean Platform Initiative. The main goal of the initiative is to unite national and international efforts to reach the de-occupation of the Ukrainian peninsula.

Besides, a gala concert for heads of State will be held on August 23 at the National Opera House. They will have a wonderful chance to enjoy the signing and dancing of the renowned opera and ballet performers.

On August 24, that marks Independence Day, the Verkhovna Rada (the Ukrainian Parliament) will hold a solemn session on the occasion of the 30th anniversary of the adoption of the Act of Declaration of Independence of Ukraine. Parliament Speaker Dmytro Razumkov has signed a relevant resolution concerning the holding of the solemn session.

The same day, the military parade will march down Khreshchatyk Street, the city’s main thoroughfare. The armed forces of Ukraine will demonstrate the strength of independence. The Czech, Polish, Moldovan and Slovak military are expected to take part in the military parade. Other celebratory events are planned with the participation of servicemen and military equipment of Ukraine and countries, partners of Ukraine.

In the evening of August 24, the huge central sports arena, the “Olympiysky” Stadium will host the colorful theatrical show called “Independence in our DNA: the Country’s Independence Day.” Variety performers, opera singers, ballet dancers and the symphony orchestra will perform to the multi-thousand audience. The musical show will end with a bright holiday firework.