The United States made a statement on the occasion of the seventh anniversary of the signing of the Minsk Protocol (also known as the Minsk Agreements). 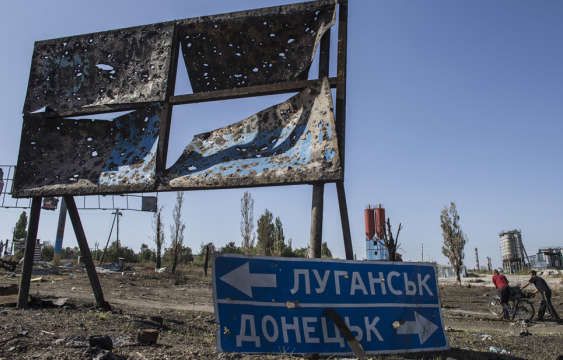 The Minsk Protocol was signed by Ukraine and Russia to settle the armed conflict in Donbas.

In the statement, the United States calls on Russia to withdraw its troops from Ukraine and take responsibility for ending the conflict in Donbas. The announcement released by the American Embassy in Kyiv on September 5 quotes, “Russia must withdraw its weapons and forces and return full control to Ukraine over its internationally recognized borders. Russia must take responsibility for ending the conflict it started in eastern Ukraine.”

On the anniversary of the signing of the Minsk Protocol, Washington urges Russia to fully fulfil its Minsk obligations, including allowing the OSCE to observe the Ukrainian-Russian border and release illegally detained persons.

The history of the crisis: following the annexation of Crimea in 2014, Russia launched a co-ordinated political and military campaign against Ukraine. Hostilities are held between the armed forces of Ukraine, on one side, and Russian troops supported by pro-Russian militants who control part of the Donetsk and Luhansk regions, on the other. Officially, Russia does not recognize its invasion of Ukraine regardless of facts and evidence presented by Ukraine.

According to the United Nations, the total number of people who died in the conflict stands at 13 thousand.

In September 2014, Ukraine, Russia and the OSCE signed an agreement to establish ceasefire in Donbas which is called the Minsk Protocol. Later, in February 2015, the involved parties signed a new agreement, Minsk II. The document, among other things, called for stopping fighting, the pullout of all illegal armed formations from the region of the conflict, the creation of conditions for holding elections to the local bodies of power.

The Minsk agreements have not been implemented so far. The ways Ukraine and Russia interpret these agreements differ. Thus, Moscow demands that the agreements to be implemented according to the order required by the document. Ukraine disagrees. It insists that at first Russia must withdraw its troops from the occupied Donbas and then local elections to be held.

We can say that today there are three approaches toward the problem involving the implementation of the Minsk agreements. For instance, Kyiv calls for the implementation first and foremost those points of the document which stipulate the pullout of foreign troops from the territory of Donbas and the necessity to radically update the agreements. President Volodymyr Zelenskyy and other Ukrainian officials repeatedly emphasized such necessity.

As for Western Europe, it regards the Minsk agreements first of all as an instrument to settle the conflict.

As far as Russia is concerned, it views the Minsk agreements as a document which will make it possible to turn the territory of the occupied Donbas into “a state within the state” over which Ukraine would have only a conditional control and which would bloc the plans of the country to join NATO and the European Union.

After all, more than once Vladimir Putin has advised the President of Ukraine to negotiate the issue of the Donbas conflict directly with the Kremlin-appointed ringleaders of the so-called people’s republics which, by the way, the Minsk agreements do not even mention. The document refers only to some areas of the Donetsk and Luhansk regions in which a special kind of government must be set for a transitional period. But the Kremlin seems to prefer not to notice this.

Ukrainian journalist Vitaliy Portnikov believes that the Minsk agreements won’t be implemented in the nearest future. And he explains why, “It won’t happen not at all because Ukraine cannot adopt a relevant legislation on establishing the special order of government (such decisions have been passed and then extended by the Ukrainian Parliament many a time). But because the Kremlin knows only too well that military force is needed to maintain “a state within the state” in a foreign territory. As soon as the Russian troops and their mercenaries leave Donbas, who in Donetsk and Luhansk will ever recall the so-called people’s republics?,” wrote Portnikov.

In the opinion of many political observers, the Kremlin has suffered an obvious defeat not only because the implementation of the Minsk agreements was not on the agenda of the recent talks between President Biden and President Zelenskyy but also because the joint statement made by the two presidents stressed in clear terms that “in the 21st century, nations cannot be allowed to redraw borders by force. Russia violated this ground rule in Ukraine. Sovereign states have the right to make their own decisions and choose their own alliances. The United States stands with Ukraine and will continue to work to hold Russia accountable for its aggression. America’s support for Ukraine’s sovereignty and territorial integrity is unwavering.”