Every year on November 21, Ukrainians celebrate the Day of Dignity and Freedom, an important national holiday. 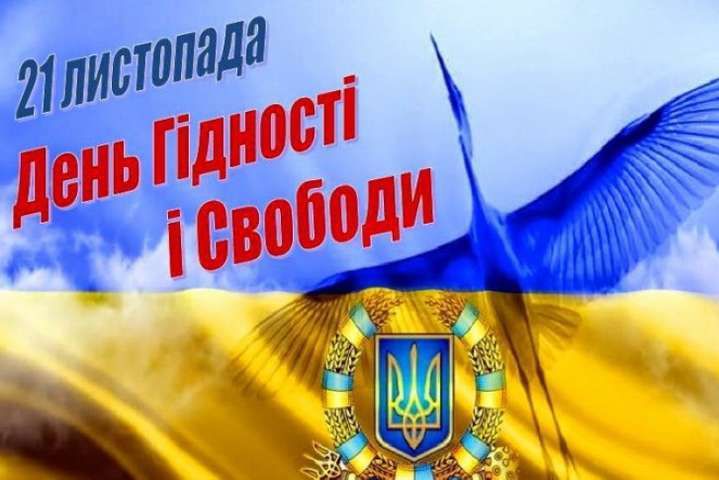 It was established by a decree of the then President Petro Poroshenko seven years ago to commemorate the 2004 Orange Revolution and the Revolution of Dignity of 2014.

However, this holiday was preceded by another date of national significance – the Day of Freedom. Marked on November 22 to honor the Orange Revolution, it was later abolished by Viktor Yanukovych.

The date of the current holiday, November 21, was chosen not by accident. This day in history of Ukraine has a special meaning as two outstanding events took place at the time although they were separated from one another by a span of ten years: first, the presidential election of 2004 which marked the beginning of the Orange Revolution and, second, the start of the Euromaidan of 2014.

Here’s a bit of history. In 2004, the presidential election was held on November 21 in which Viktor Yanukovych allegedly won over his contender Viktor Yushchenko. As it turned out the results of the run-off vote were rigged by the then authorities. The indignation of Ukrainians was not long in coming. The nationwide protests flared because of the overwhelming evidence of the falsification of the election results. Thousands of protesters assembled for a rally at Maidan Nezalezhnosti (Independence Square) in Kyiv downtown. After a few weeks of the peaceful stand-off between demonstrators and the police, the Supreme Court of Ukraine appointed a second vote which resulted in the clear victory of Yushchenko.

Nine years later, at the end of 2013, Maidan was the venue of tragic events that took lives of many civilians. On November 21, thousands of Ukrainians came to Maidan protesting against the policy of closer relations with Russia. Clashes with the police continued for three months. Protesters demanded from the authorities to carry out Ukraine’s integration with the European Union and stop violence against civilian population. Particularly violent clashes between demonstrators and the police took place from February 18 to 20, 2014. Dozens Ukrainians were killed, and President Yanukovych fled the country.

In the view of Ihor Poshivailo, the director of the Museum of the Revolution of Dignity, the Day of Dignity and Freedom first of all signifies a unique national way used by Ukrainians to defend their civil liberties, human rights and their choice to create their own future. The Revolution of Dignity and Ukrainian Maidans have highlighted the nation’s social maturity, its sense of social responsibility, solidarity and, of course, its readiness for self-sacrifice.

“At the same time, – Poshivailo believes, – this holiday is also important for us because it is a good opportunity for Ukrainians to remember the unique social experience they gained, to disprove myths about their inability to rally in order to win. Our Maidans have shown the opposite.”

On the Day of Dignity and Freedom, President Volodymyr Zelenskyy addressed the people of Ukraine. He said, “We are a free people. Free to create the future. And we should be proud of this. We’ve paid and continue to pay a dear price for our freedom. We’ll never forget all those who gave their lives for Ukraine. And we’ll never forgive those who took their lives and tried to take our freedom. But the main thing is that no one has ever managed and won’t manage to do it.”