The terrorist country is not even trying to conceal its crimes. 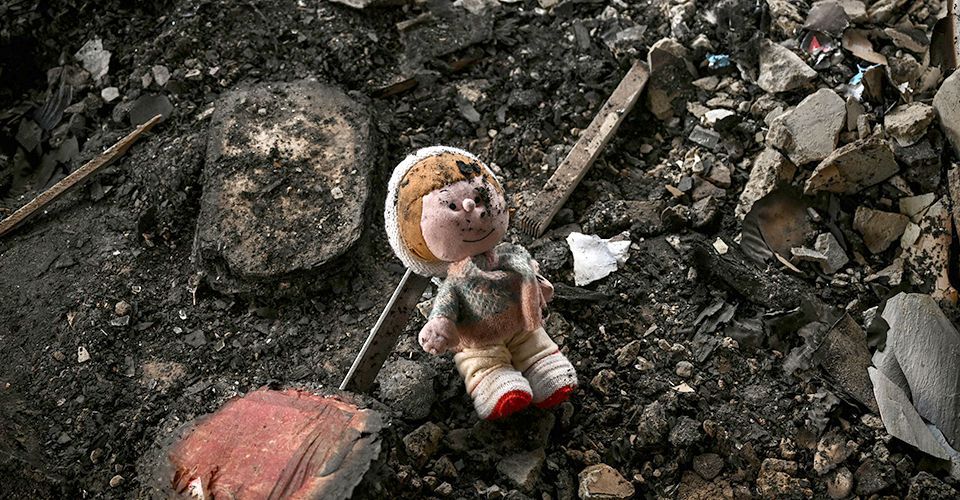 «More than 1 million 185 thousand of our citizens, including more than 200,000 children were moved to the territory of the russian federation», Lyudmyla Denisova, the Ukrainian parliamentary envoy for human rights said at a briefing in Kyiv.

The terrorist country is not even trying to conceal its crimes and, while creating an image of the holy savior of humankind for the russian TV, it poses these crimes as good deeds. Russia states that on May 10, it moved 8,787 people, including 1106 children. According to Mikhail Mizintsev, chief of the National center for management of russia’s defense, they were evacuated from the dangerous areas of Donetsk and Luhansk regions, as well as other regions, without any participation of Ukraine’s government.

The deportees are taken and distributed all over russia, especially in the poor regions so that they help develop the economy, Denisova states. Besides, putin uses the captured Ukrainians for propaganda, “so as to film the TV stories about their escape from Ukraine and russia’s protection”. The Ukrainian ombudsman claims that, russians create filtration camps in the temporarily occupied territories where they interrogate Ukrainians and ask them what they thought about the «russian mission» in Ukraine.

«If they don’t like the answer, they check the documents. They can check their mobile phones. We don’t know anything of their fate. But, undoubtedly, many of them don’t have any documents – for example, the children who were born during the war. It will be hard to prove to these people where they came from and to make sure that they get back home», Denisova added.

Furthermore, russia resorts to illegal «adoption» of minors brought from Ukraine. Russian ministry of education plans to sign «agreements» with russian occupant administrations in Donetsk and Luhansk regions; according to these documents, orphaned children who were deported from our territory will be adopted by russian families. Ukraine’s Foreign Ministry described the threat of illegal adoption of Ukrainian minors as «outrageous».

«Russian occupants continue to commit unacceptable actions in the breach of international law; they illegally and forcefully move citizens of Ukraine, including children – namely, the orphaned children; the kids deprived of parental care, and the children whose parents perished due to the military aggression of russia – across the state border of our country to the territory of russia», reads the statement of Ukraine’s Foreign Ministry. The authority claims that “in fact, russia engages in state-organized kidnapping of children and destruction of the future of Ukrainian nation, in the breach of international humanitarian law and elementary standards of humankind”. Such actions may be considered kidnapping, the Foreign Ministry added.

The Ministry turns to the Office of the UN High Commissioner for Refugees, the International Committee of the Red Cross, UNICEF, Office of the UN High Commissioner for Human Rights, Special envoys of the UN General Secretary for Children in Armed Conflict and for Violence Against Children. The Ukrainian side asks these authorities to take urgent action and bring the Ukrainian children back to the territory of our country.