The other conversation intercepted by the Security Service is the one between a russian occupant and his commander. 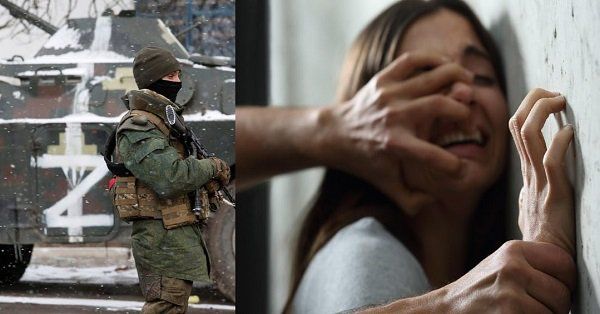 There’s a newly intercepted shocking phone call between a «peacefull» russian and her husband who fights in Ukraine. The Security Service of Ukraine intercepted it near Kharkiv.

The russian lady lives in a town near the border with Ukraine where the invaders deported Ukrainian citizens. She is outraged at the stance of Ukrainian children who refused to celebrate the Victory Day – the truly iconic holiday - together with their russian peers.

«Do you know what these kids tell our children?», she asks her husband, the occupant. «On May 9, they were asked to draw some stuff timed to the holiday. «It’s not our holiday», they replied. Do you understand that when they grow up, they will become Nazis! They’ll grow up and act the same [as other Ukrainians]! Why would putin offer them to go to russia? They should just kill these jerks… (strong language)».

«I would give them drugs, if I still worked. I would just look into their eyes and tell them: «Die, suffer!». I would cut their genitals and carve stars on their backs. I would even cut them every day – ear by ear, finger by finger, so they could feel the pain», she says. In the end of the conversation, she shares her feelings about Ukrainians. «I hate these Ukrainians! I would shoot these children», she says.

The other conversation intercepted by the Security Service is the one between a russian occupant and his commander. It was recorded in southern Ukraine, and it is just as shocking as the previous one. An officer of the russian army orders his subordinate to kill Ukrainian children and takes it as a manifestation of courage. The conversation features a commander of russian intelligence battalion and an artillery spotter.

«Kids are crossing the bridge; recently, they just did. Nine people, including children, crossed it and passed under the arch, down there. That’s it».

«Alright. What did they carry?»

«Nothing. It’s as if they carry their schoolbags, maybe going to school».

«OK. Did you take any action?»

«Oh, you’re going to wait till they get back, right? OK, stay sharp, stay courageous. We’re there for you».

This record, just like thousands of others, will become a part of evidence base, which Ukraine is going to use against the occupants. «One thing is obvious: ‘russian world’ is the modern Nazism, whatever slogans and goals it uses as a disguise. This is why we must protect our homeland from it!», claims Security Service of Ukraine.

Social network users comment on the intercepted conversations of ruscists, as they discuss the ways to murder Ukrainian children. «If they are not stopped, they will march all over the world and come for everyone! These are black souls! Chaos will come!», reads one of the comments. «We need to make sure that these wicked monsters are heard all over the world – by the old and the young alike. They should have no place to live in this world. They are not humans!», reads the other one.