An unknown war in the center of Europe 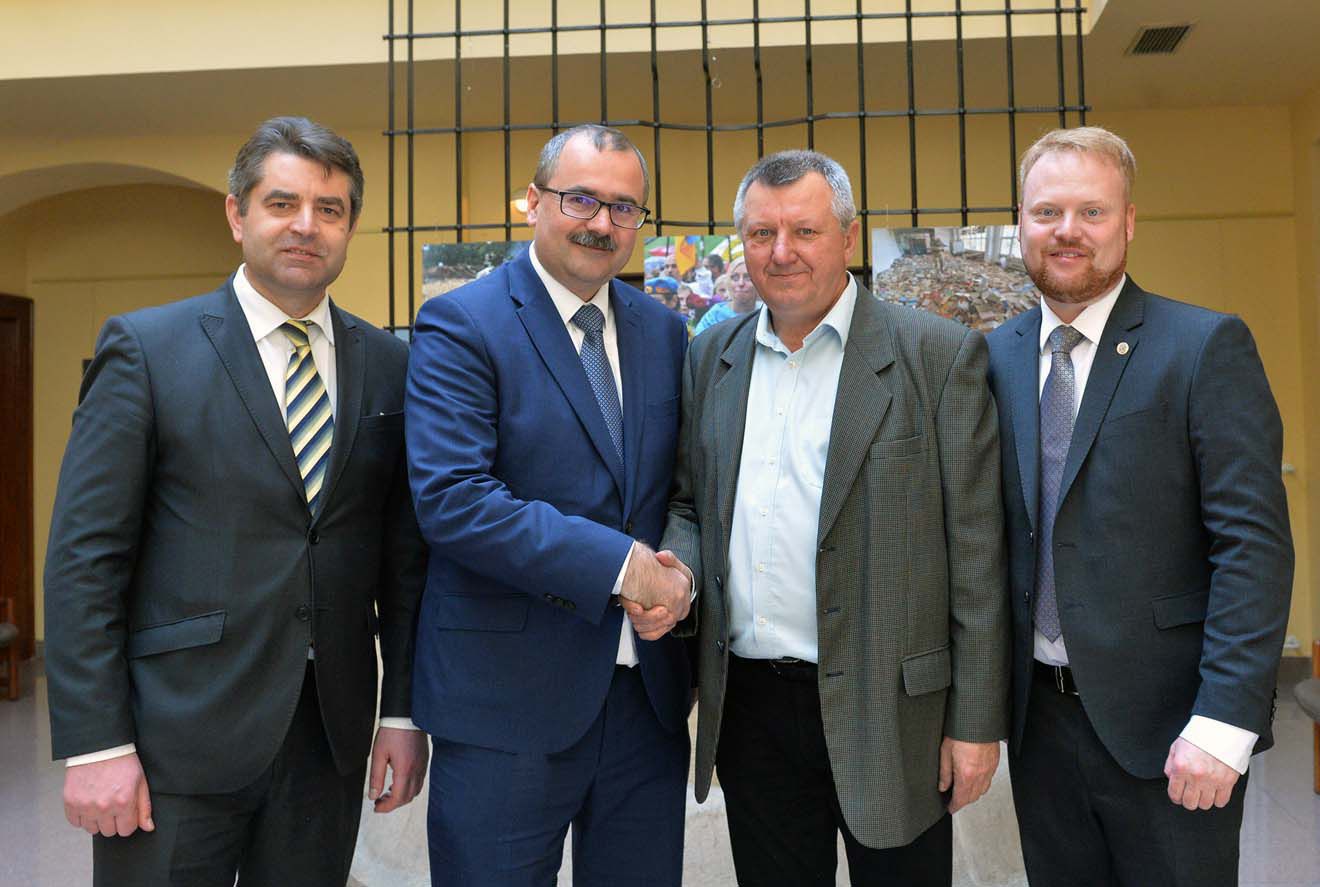 The photo show titled “An Unknown War in the Center of Europe” opened May 13th at the art gallery of the Chamber of Deputies of the Czech Parliament. The exhibition presents works by Oleksandr Klymenko, a war photojournalist of the “Holos Ukrainy” newspaper.

The show is held under the patronage of deputies Radek Zlesak and Pavel Začek from the inter-parliamentary group of friendship “the Czech Republic-Ukraine”, Ambassador of Ukraine to Czechia Yevhen Perebyinis as well as the National Museum of the History of Ukraine in the Second World War.

Oleksandr Klymenko’s photographs have captured the moments of life of Ukrainian soldiers in combat and during respite between battles. Viewers can see front-line scenes depicting artillery shelling, trenches, dugouts, blood-stained bandages, destroyed libraries, and village houses.  Abandoned farm fields of wheat and sunflowers symbolize cruelties of war that spares nothing and no one. The photo show presents the pictures taken throughout the entire course of the war from the very beginning in 2014 till the most recent photos made several months ago.

Radek Zlesak, one of the organizers of the photo show, explains that the main idea of the project is to tell viewers about the fighting that has been going on for the past five years only a few hundred kilometers from the borders of the European Union. The Czech parliamentarian says that the exhibition is meant to awake the Czech public to the grim reality of the war right in the center of Europe which they prefer not to notice.

Ukrainian Ambassador Yevhen Perebyinis comments on the photo show, “Every journalist must be objective in his reports. But it is hard to remain aloof and have a cold heart when the war is raging in your country. For Oleksandr Klymenko, this war is not just one of many. His photographs are charged with strong emotions which viewers cannot but feel”.

Photographer Oleksandr Klymenko says about his project, “This exhibition is about war. And this war is only six-hour travel from the capital of Ukraine. One can easily get there by a high-speed train. I would call this route “Kyiv-War”. The photographs are cruel but the war depicted in them is cruel. It destroys lives of a whole generation. I tried to show the tragedy of modern history of my country, the heroism of soldiers. My photographs are not the encyclopedia of this war. I’ve managed to take pictures of those places which I’ve visited and the people whom I’ve met”.

The photo show will be on till May 30.

A photo by the author.