The hope is really fragile 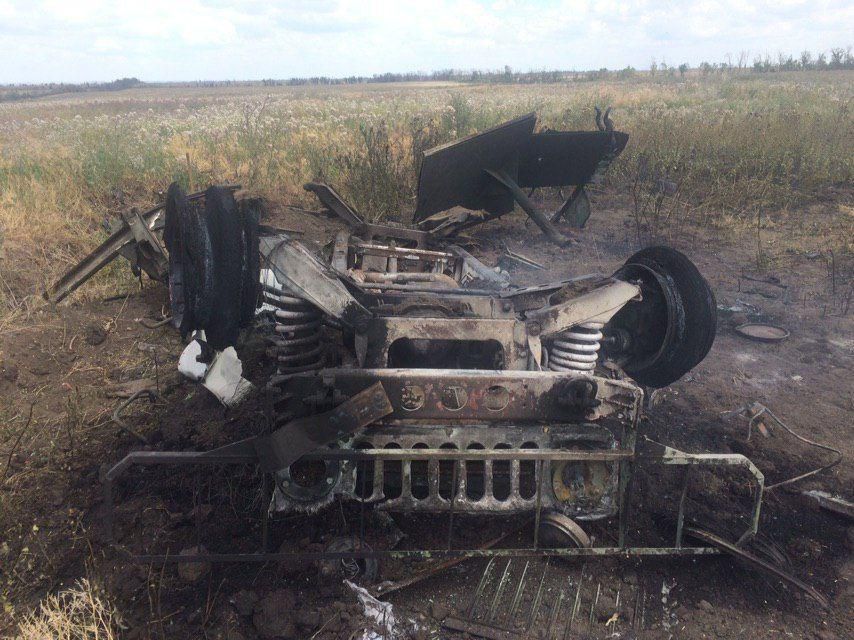 Yesterday, practically a few hours after the disengagement of the troops had taken place near Stanytsia Luhanska which the President of Ukraine called “a slim hope” for ending the hot phase of the war, the news came that pro-Russian militants had destroyed a Ukrainian ambulance not far from the village of Vodyane in the Donetsk Region. The medical vehicle was hit by an anti-tank guided missile although the Red Cross was clearly seen on the vehicle’s side. The driver was killed right on the spot and military physician Iryna Shevchenko died later from wounds at a hospital.

The reaction of President Volodymyr Zelensky has been immediate. He has urged international partners to respond adequately to the incident of shelling the ambulance car. The head of the Ukrainian State has written on Facebook, “I’ve learned the sad news. Two soldiers have died and one has been injured. The shelling of the ambulance is a violation of the international humanitarian law. It is a cynical and mean attempt to disrupt a difficult negotiation process to achieve ceasefire in Donbas”. Zelensky has made it clear that Ukraine has always acted and continues to act in compliance with international agreements and the norms of the international law. “I’m calling on our partners in Europe and the United States to respond duly to the actions which by no means bring us closer to peace”, he stated.

Oleksandr Danylyuk, the Secretary of the National Security and Defense Council of Ukraine, says that “firing at medical doctors when they are busy with helping evacuate the wounded is the same as attacking a man in the back. It is absolutely intolerable ethically and inadmissible from the standpoint of the international law. Similar manifestations of aggression threaten to bring to nothing all efforts to settle the armed conflict in Donbas”.

U.S. Special Representative for Ukraine, Kurt Volker, expressed his strong disapproval of the shelling of the ambulance by militants. “The sad news has come from Donbas. Medical doctors and ambulances should never be targets”, he wrote on Twitter.

In accordance with the Article addressing violations of laws and methods of waging warfare, the criminal investigation has been started into the militants’ attack at the ambulance which has resulted in the death of the driver and the medical doctor.