Volodymyr Zelensky in Canada: Returning Crimea to Ukraine and ensuring peace in Donbas will guarantee Europe and the world a peaceful sleep

Ukrainian President said, “The leadership of Russia should at last hear and understand that Donbas and Crimea are part and parcel of Ukraine”. 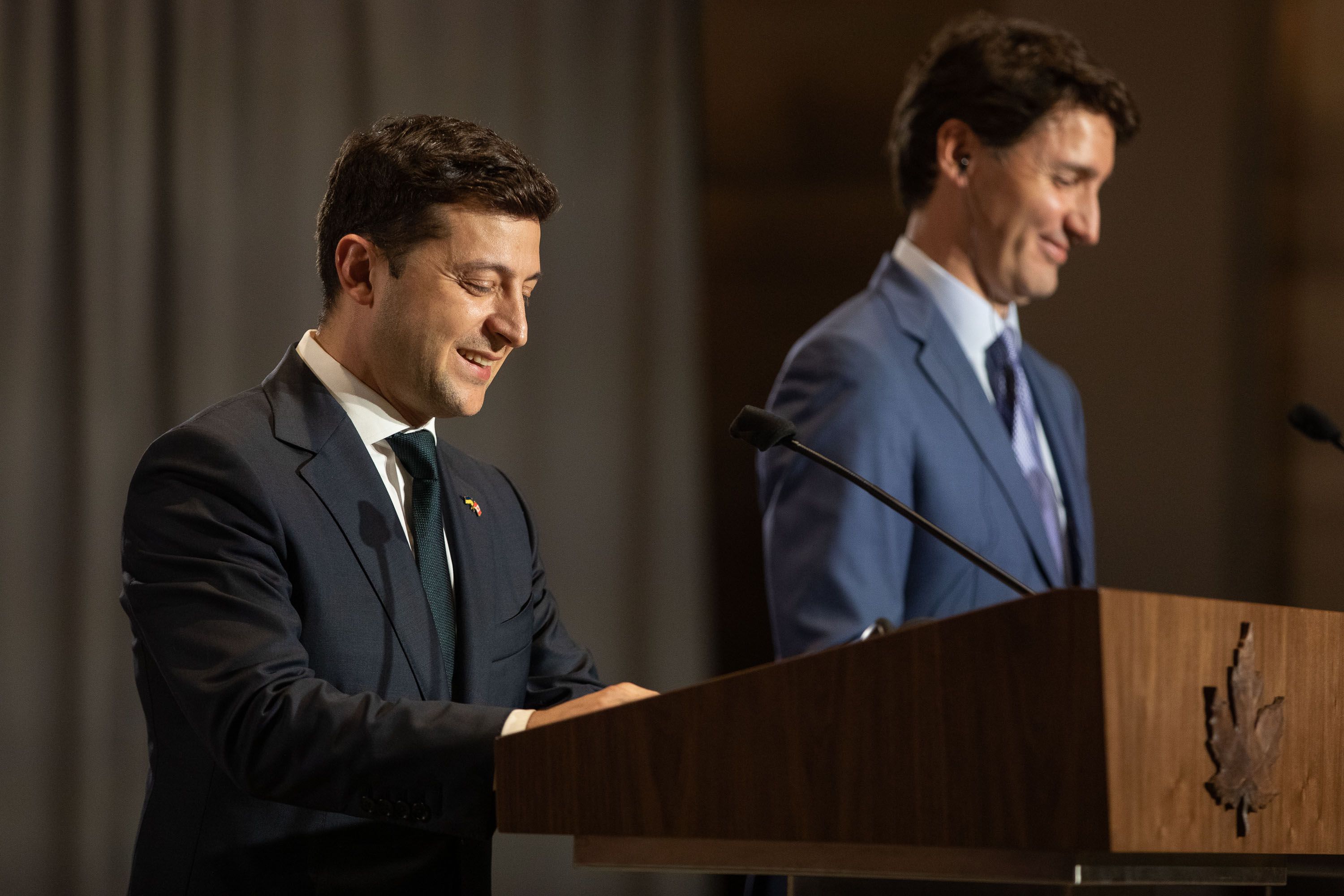 Speaking at the Ukraine Reform Conference in Toronto during his three-day official visit to Canada, the Ukrainian President said, “The leadership of Russia should at last hear and understand that Donbas and Crimea are part and parcel of Ukraine. The whole world should say it loudly and repeat tirelessly. Not only Ukraine needs it. You need it, too. To return Crimea to Ukraine and ensure peace in Donbas are a guarantee that Europe and the world will have a peaceful sleep. Remember about it when next time you will discuss sanctions”. In his words, an estimated ten billion euros are needed to restore the war-devastated Donbas. The Ukrainian President invited foreign investors to attend an upcoming forum in Mariupol which will address this issue.

During his meeting with Foreing Minister Christine Freeland, President Zelensky reaffirmed Ukraine’s course for achieving a full membership in the European Union and NATO. He expressed hope for the further cooperation with Canada on issues of Ukraine’s Euroatlantic integration.

Answering questions at a press conference after his talks with Prime Minister Justin Trudeau on Tuesday, July 2, Zelensky said with confidence that peace in Donbas could be secured only though political and diplomatic efforts.
“Peace in Ukraine was the first issue that we discussed with Mr. Trudeau. I am sure that a real progress can be achieved only by using political and diplomatic instruments. And in the long run we will be able to make Russia stop escalation, ensure a stable ceasefire and the disengagement of the forces as well as the release of all Ukrainian prisoners”, said Volodymyr Zelensky.

He mentioned the policy of sanctions as an effective instrument of attaining these goals. “We are aware of international partners complaining that they are losing money. But, excuse me, we have lost our territories and are losing people”, he stressed.

Zelensky thanked the Government of Canada for its understanding of these things and for consolidating the international community in support of territorial integrity of Ukraine and the policy of sanctions.

For his part, the Prime Minister of Canada informed that Ukraine had been added to a list of countries to which Canada sells military equipment and weapons.

“Yes, we are making progress in the issue of military support of Ukraine. Apart from a military training mission in which Canada participates, we have also added Ukraine to a list of Canadian arms buyers. And it is a positive decision”, said the Canadian Prime Minister.

As the press service of the Ukrainian President  reported, Ukraine and Canada plan to sign soon an agreement on one-year youth exchange programs which make it possible for young people to perform trips to these countries with the purpose of learning and working.

Zelensky had a meeting with the leaders of the World Congress of Ukrainians and the Congress of Ukrainians of Canada. The Ukrainian President expressed his gratitude to Ukrainian Canadians for their consistent support of Ukraine. “It is written in the Constitution that Ukrainian is the only State language in Ukraine. As a President and a guarantor of the Constitution, I will defend the Ukrainian language, Ukraine’s sovereignty and her course toward integration into Europe and NATO”, said Zelensky.

In Toronto, President Zelensky held a meeting with lawmakers of Canada’s parliament, representatives of the group of friendship with Ukraine. The parties discussed the possibility of increasing sanctions’ pressure on Russia. The chairman of the group Borys Wrzesnewskyj described the meeting of the friendship group with President Zelensky as very constructive and informative. In part he said, “The conversation was honest. It included such important issues as tightening sanctions against Russia and supplying defensive arms to Ukraine”.

While in Toronto, Zelensky met with U.S. Special Representative for Ukraine Kurt Volker who wrote after their meeting, “An excellent meeting with Ukrainian President Zelensky. His devotion to the cause of peace in Donbas is obvious but Russia has to make her contribution”.

During his three-day official visit to Canada, the President of Ukraine held talks with David Lipton, acting managing director of IMF board. He invited the IMF mission to come to Ukraine after the new Ukrainian Government has been formed. 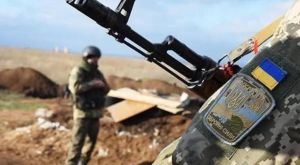 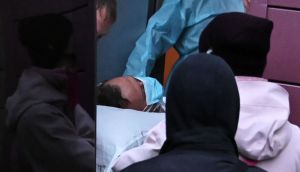