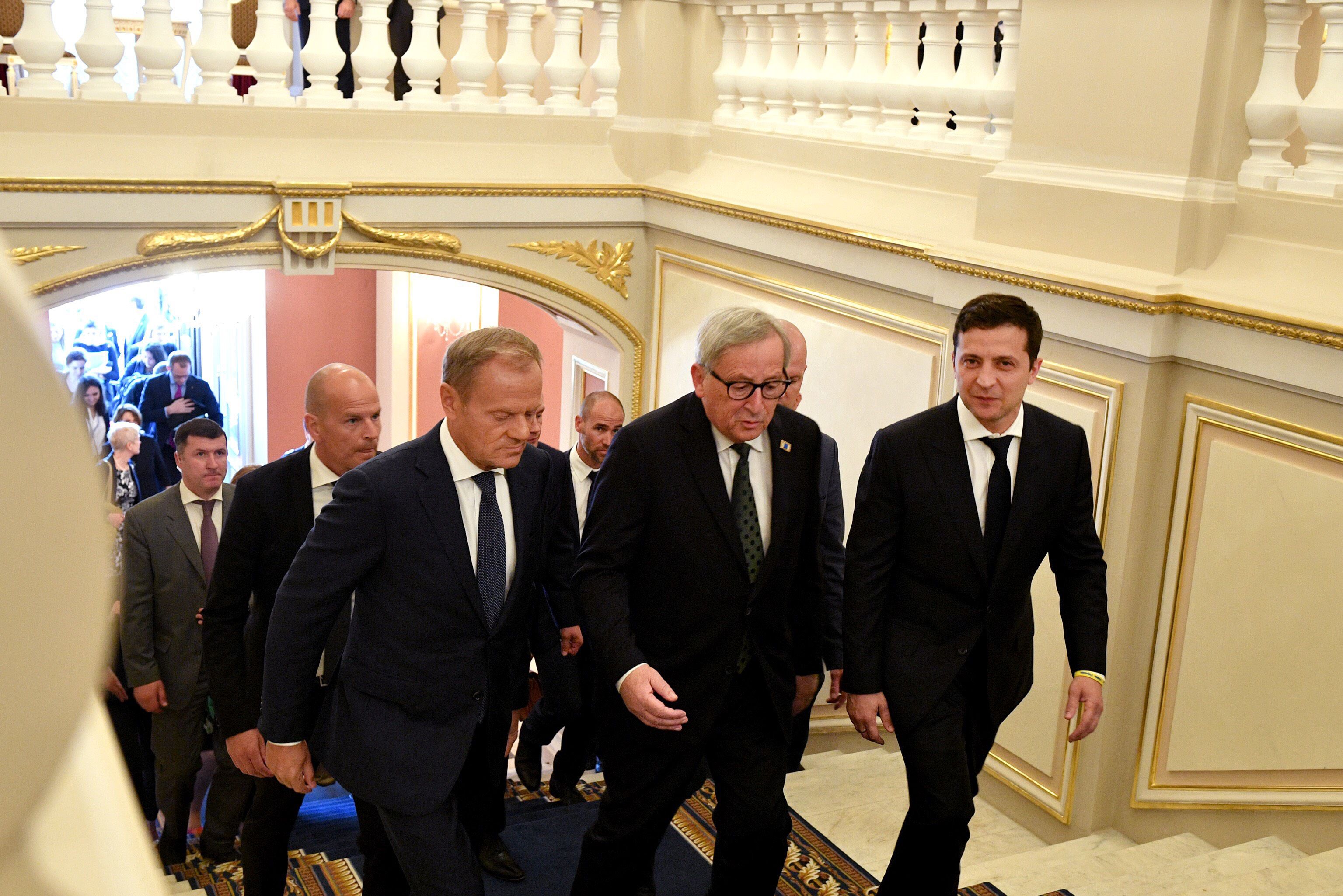 According to the reliable sources in the Ukrainian Government, even a month and a half ago there were doubts as to the political expediency of holding the summit especially after the recent presidential election in Ukraine. In Brussels where the transfer of power is currently being held, there was the same feeling whether it was the right thing to do to conduct such a meeting on the eve of the snap parliamentary elections scheduled for July 21. Nevertheless, it was decided to hold the summit to maintain continuity in relations between the official Brussels and Kyiv.

Political observers claim that judging by the results of the summit the set target has been reached. The European Union remains firm in its support of independence, sovereignty and territorial integrity of Ukraine within her internationally recognized borders. The joint statement made by Zelensky, Tusk and Junker says just that.

The summit reaffirmed Ukraine’s continued commitment to closer political ties and economic integration with the European Union on the basis of the Agreement for association and its deep and comprehensive free-trade zone.
Both sides agreed to use fully the potential of the Agreement and underscored the importance of Ukraine’s commitment to her obligations. The summit meeting welcomed the free and fair presidential election and looks forward to the parliamentary elections on July 21.

The parties to the summit underlined the importance of Ukraine’s maintaining macro-economic stability, keeping the IMF program on track and implementing all actions within the EU macro-financial assistance program.

The summit stressed the significance of reforms in Ukraine and importance to continue them.

The joint statement focused on other important topics, such as the further implementation of the Minsk agreements, a strong condemnation of Russia’s involvement in Donbas and the Crimea as well as the capture of Ukrainian sailors during the Kerch Strait incident. The joint statement also stressed the importance to conduct the effective prosecution of those responsible for the crash of the Malaysian flight MH17 in Donbas.

At the summit, both sides signed five deals to provide assistance in developing infrastructure projects in Donbas and opening a special EU office in Mariupol, for implementing technical cooperation programs under the Association Agreement with the EU, decentralization and the fight against corruption. The European Union is expected to allocate an estimated 130 million euros for the implementation of these deals.

Zelensky said at the joint press conference that followed the top meeting, “I was glad to hear today that the position of our European friends regarding the behaviour of the Russian Federation remains clear and unchanged. The economic and Crimean sanctions will be extended by 12 and six months respectively”.

He emphasized the need to continue the policy of sanctions until all Minsk agreements have been fulfilled and the sovereignty and territorial integrity of Ukraine have been restored. “Please, do not think than the “sanction” is my favourite word. Not at all! My favourite word is “peace”. And the sanctions policy is the last civilized instrument to put this word into reality”, Zelensky added.

The Ukrainian President expressed his strong belief that diplomacy is the only way to end the war in the east of Ukraine.

For his part, the President of European Union Council noted that many Europeans respect Ukrainians for their courage and determination and the number of supporters of the Ukrainian cause is growing every day. Donald Tusk said, “To my eyes, all of you are heroes. That’s the way I saw you during the Revolution of Dignity in Maidan and later when you were defending the sovereignty and integrity of you country while creating your statehood and implementing democratic standards. You have succeeded in spite of poverty that still exists in many cities, in spite of suffering caused by the war, in spite of difficulties brought about by reforms”.