On January 27, the Parliamentary Assembly of the Council of Europe (PACE) met for its winter plenary session in Strasbourg. 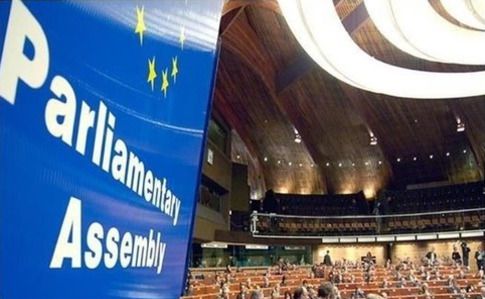 The Ukrainian parliamentary delegation resumes its participation in the work of the Assembly.

The decision came after the majority of the Verkhovna Rada (Ukrainian Parliament) voted in favor of Ukraine’s standing delegation renewing its participation in activities of the Parliamentary Assembly this year.

Thus, the resolution of the Verkhovna Rada stresses that the main tasks of the Ukrainian delegation’s presence in PACE are to promote changes in the current situation in Europe that has resulted from the aggressive foreign policy of the Russian Federation, to disseminate objective information about its illegal actions in those regions of Ukraine that are under control of pro-Russian separatists.

As a member of PACE, the Ukrainian parliamentary delegation will have an opportunity to tell the Assembly about efforts exerted by Ukraine to stop the armed aggression carried out by the country, a member of the Council of Europe, and to cope with consequences of its aggression. According to the resolution, the delegation of Ukraine will have to work hard to prevent Russia from using the rostrum of this international organization to circulate false narratives about the situation in Ukraine.
In its resolution, the Parliament of Ukraine calls on the CE member-countries to make the Russian Federation honor its international obligations as well as resolutions and recommendations passed by the Assembly and respect principles of international law, including the territorial integrity and inviolability of borders in Europe.

Last year, the Ukrainian parliamentary delegation announced that it would not take part in the session of PACE held from September 30 to October 4 because Russia had been allowed to return to the Assembly with its full rights. The decision of Ukraine was supported by Poland, Lithuania and Georgia.

In the opinion of political analysts, Ukraine’s decision to return to PACE is right. For instance, Vitaliy Martynyuk, the executive director of the Ukrainian Center for Studies of Global Problems, says that the presence of the Ukrainian delegation in PACE will make it possible for Ukraine to speak openly about the Russian Federation’s occupation of some Ukrainian regions and about the violation of human rights there and therefore demand punishment of Russia by this international organization.

“The voice of Ukraine must sound at all international organizations and at all international platforms”, Martynyuk believes. The executive director stresses that the Ukrainian delegation must try hard to achieve the exclusion of Russia from all important decision-making processes. The political expert sums up, “It is important for the Ukrainian delegation to cooperate actively with other members of PACE in order to win as many of them as possible to its side”.