Ukrainian big business allocates from 12 to 13 billion hryvnas for anti-virus measures to combat the infection. 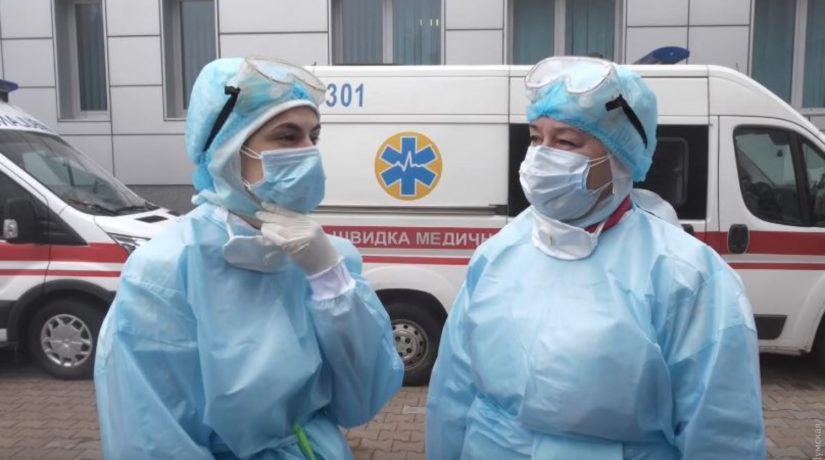 On March 16, President Volodymyr Zelenskyy met with representatives of the country’s largest industrial and financial groups to discuss the emergency measures.

“I spoke with them very openly. I told them that your country had nurtured you for a long time. Now the time has come for you to help her”, the President shared his impressions after the meeting.

On March 17, during an extraordinary parliamentary session the Verkhovna Rada approved a package of special regulations that, in particular, introduce criminal responsibility for violating quarantine measures and permit additional payments of up to 200% to salaries of medical workers who are directly involved in activities to deal with the infection. The special legislation exempts from paying customs duty and value-added tax on medical supplies intended to stop the spead of COVID-19. It also provides for a string of economic and social measures.

In the meantime, Ukraine has cancelled all international passenger travels by plane, train and bus. These limitations will be in force until April 3, at least. Besides, since March 18, according to the resolution of the Cabinet, Ukraine shuts down regular domestic railroad, aviation and bus passenger transportation. And since March 17, the subways in the cities of Kyiv, Dnipro and Kharkiv are shut down. Other city transport such as trolleys, buses and trams must carry no more than ten people at the same time. Private automobiles can travel within the country without limitations.

President Zelenskyy declared that in case of need he was ready to introduce the state of national emergency across Ukraine in order to stop the spread of the infection in this country. Speaking on Ukrainian television, the President had this to say, “French President Macron said today that all citizens should stay at home for the next fifteen days. Fortunately, we haven’t reached the limit yet. But I can honestly say that if there’s need we will declare emergency situation in the country”.

As of today, Ukraine has seven confirmed cases of COVID-19, one patient has died. Since March 17, the emergency anti-virus situation has been declared in two regions of Ukraine, Chernyvtsi and Zhytomyr, where there have been two reported cases of the illness. The first two coronavirus cases have been identified in the capital city of Kyiv. The two infected persons have been isolated. It’s been established that they have recently returned from France.