Uman Mayor Oleksandr Tsebriy said this while informing a special representative of the United Jewish Community of Ukraine about the celebrations of Rosh Hashana. 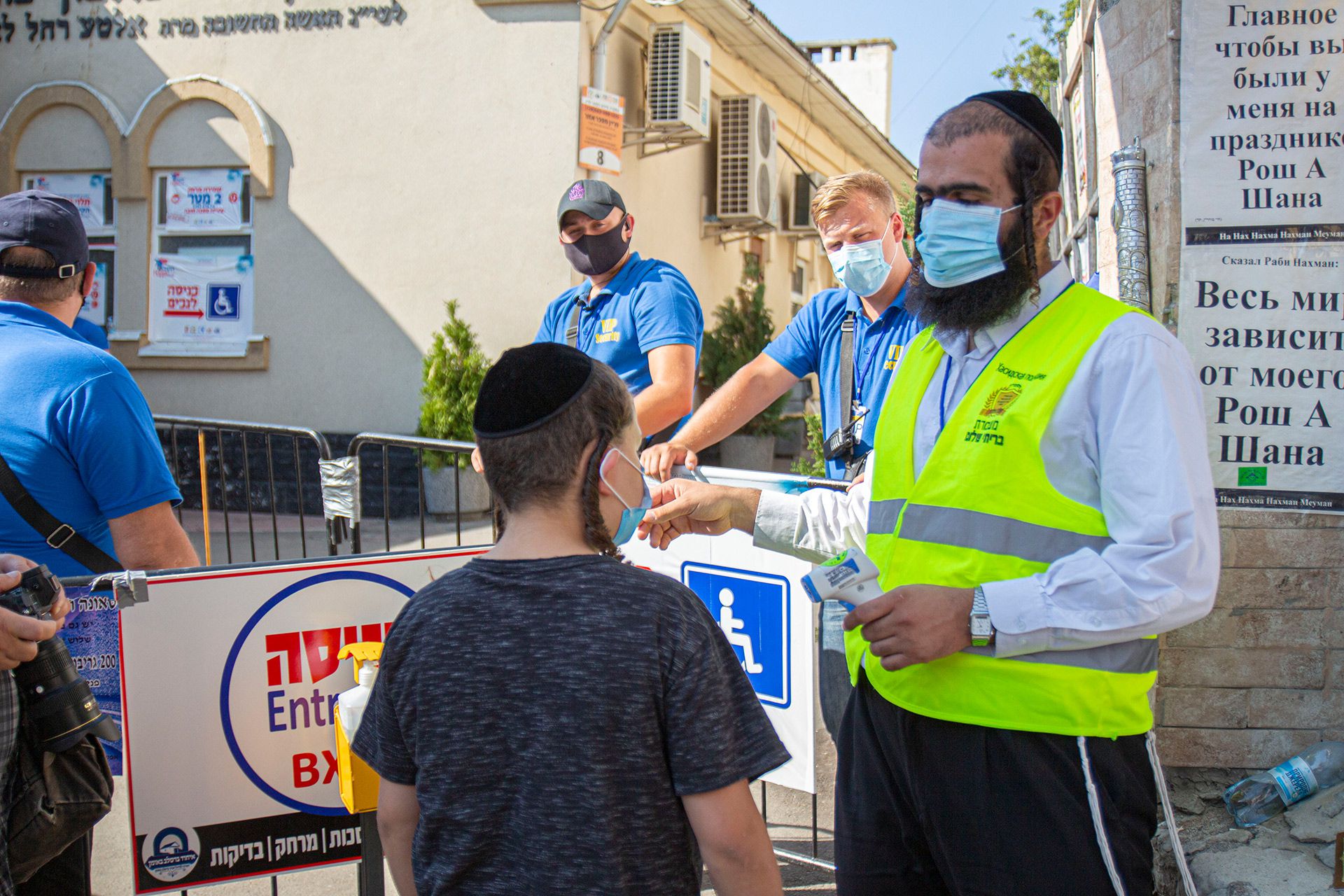 Every year thousands of Hasidim visit Uman, a Ukrainian city in Cherkasy Region in central Ukraine. The burial site of Rebbe Nachman of Breslov is located in this city. Tzaddik (holy man) Nachman was the founder of the Breslov Hasidic movement. Rebbe Nachman's grave is one of the most worshipped shrines and the place of pilgrimage of members of this movement. Pilgrims believe that he who meets the New Year at his grave in Uman will feel happy for the whole year. Thus, last year, more than 30 thousand pilgrims came to Uman to celebrate 5780 Jewish New Year.

This year, only two thousand Hasidim came to Uman to take part in celebrations which were held September 18 to 20. Such a small attendance compared with the previous year has an explanation. The point is that the Government and the Foreign Office of Israel called on the Ukrainian authorities to take measures in order to prevent mass gatherings in the city of Uman that may cause the further spread of COVID-19 infection. On August 18, the governments of Ukraine and Israel issued a joint statement in which they advised Hasidim to refrain from travelling to Uman where they celebrate Rosh Hashana every year. On August 26, the Government of Ukraine decided on a temporary ban on entry to Ukraine for foreigners except for some categories of citizens. The ban was effective from August 29 to September 28.

However, on the eve of the Jewish New Year, with the connivance of official Minsk, a few thousand Hasidim gathered at the Belarus-Ukraine border and tried to get to Ukraine. On September 16, the Office of the President of Ukraine called the authorities of Belarus to stop circulating false statements among the pilgrims that might reassure Hasidim that the Ukrainian border could be opened for foreigners. The border was remained closed, however. The presidential office noted that every state during the time of pandemic must pursue a transparent and responsible policy aimed at preventing the further spread of COVID-19 that may cause the worsening of the epidemic situation in the neighboring countries.

It was stressed that in the mid September Ukraine ranked 15th in the world in terms of the number of new COVID cases. As of today, this country ranks 16th in the world and second in Europe as to the daily number of the dead.

The two thousand Hasidim what had managed to get to Uman before the Ukrainian border was closed were provided with all necessary accommodations so that they could celebrate the New Year adequately. Thanks to the well-coordinated actions of Ukrainian law enforcement and medics, the Breslov Hasidim could celebrate Rosh Hashana safely. Thus, the special Hasidic ambulance as well as the Jewish hospital worked in Uman during the time of the celebrations. Apart from this, Israeli policemen were invited to come to Uman and rendered help to their Ukrainian colleagues. As a result, no serious offence was registered in the pilgrimage locality.

In his congratulation addressed to the Jewish Community of Ukraine on the occasion of the new 5781 year, Ukrainian President Volodymyr Zelenskyy said that the Ukrainian authorities were forced to restrict mass events in this country including traditional celebrations in Uman in order to protect the life and health of people.

The President also said in his letter of congratulations, “But in Kyiv, Dnipro, Uman, Jerusalem, New York and in other cities of the planet, the Jewish people pray for peace and well-being for all the mankind. We thank each and everyone for their understanding and readiness to help in such important issues as the safety of people. We believe that together we will be able to cope with all the challenges that we face and next year we will return to our usual rhythm of life…”.