On December 16, the Verkhovna Rada ratified by the majority of vote a bilateral agreement with the United Kingdom of Great Britain on political cooperation, free trade and strategic partnership. 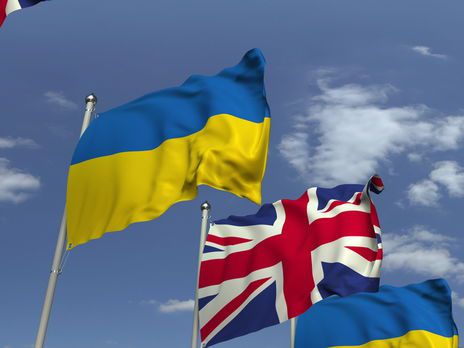 Signed on October 8 during the official visit of President Zelenskyy to London, the agreement provides for a strategic political dialog and bilateral cooperation between Ukraine and Great Britain in foreign affairs and the policy of security. Also, the agreement sets the legal framework for cooperation in the field of justice, freedom and security.

The document delivers the same level of liberalisation in trade, services and public procurement that businesses currently enjoy under the existing EU-Ukraine Association Agreement.

In accordance with the explanatory memorandum on the bilateral agreement, this document provides for the gradual creation of a zone of free trade between Ukraine and Great Britain on the basis of the agreed schedules for the cancellation of import duties. In this case, the schedules are asymmetric, in particular for Ukraine the import duty will not be applied since 2023, while the import duty for the United Kingdom will not be applied since 2026.

Besides, the agreement defines the guidelines and principles of economic cooperation in such areas of power engineering, state finances, taxation, climate change, transport, space exploration, science and technology, agriculture, industry and entrepreneurship.

Speaking at the Parliament, Foreign Minister Dmytro Kuleba noted that the ratification of the bilateral agreement would make it possible to take the businesslike ties between Ukraine and Great Britain to a qualitatively new level.

“Favorable conditions will be created for free trade between the countries which will facilitate the promotion of Ukrainian goods to English market. More than that, this agreement will help us strengthen our political partnership turning it into the strategic partnership with Great Britain to counterbalance Russian aggression against our state. We are going to implement a new format of relations which will ensure regular exchanges and coordination of key international positions between London and Kyiv”, Kuleba said.

According to the Ukrainian minister, the bilateral agreement covers such issue as the migration dialogue between the countries which will make it easier for Ukrainian citizens to travel to Great Britain.

On December 16, Dmytro Kuleba attended a round-table discussion organized by the center “New Europe”. He outlined the priorities of Ukrainian diplomacy for the next year. In the words of the minister, the priority topic will be activities to counteract Russia’s hostile actions and to launch the Crimean platform. (This year, the leadership of Ukraine announced the creation of an international platform called “The Crimean Platform” which is meant to deal with Crimean problems. The Crimean platform is designed to become a new international format to increase the efficiency and coordination of efforts of the international community aimed at the de-occupation of the Crimean peninsula and the protection of rights and interests of people of the Crimea – Ed.)

The minister underscored that next year would be the year of foreign Ukrainians. “We are going to work seriously on increasing the efficiency of our contacts with Ukrainians who live beyond Ukraine”. The minister also informed that Ukraine would continue moving along “the Asian track” as Ukrainian diplomacy will pay more attention to Africa. The breakthrough is expected to be reached in bilateral relations with one of the countries of Latin America.

Also, Foreign Minister of Ukraine Dmytro Kuleba was confident that the partnership of Ukraine and the United States would reach a new level next year. “Undoubtedly, there will be a great political intrigue the center of which will be our relations with the United States. Everyone will follow them closely, will write and comment on them. It will be interesting. But I’m sure that as a result of our bilateral cooperation we will become even stronger and our partnership with the United States will deepen”, the minister said at the round-table discussion at the center “New Europe”. In the opinion of Kuleba, the newly-elected President Joe Biden will become the first American leader who won’t need to be explained what Ukraine is.