More than two hours instead of 45 minutes according to protocol

The presidents of the United States and Ukraine met on September 1 at the White House. The talks lasted more than two hours. 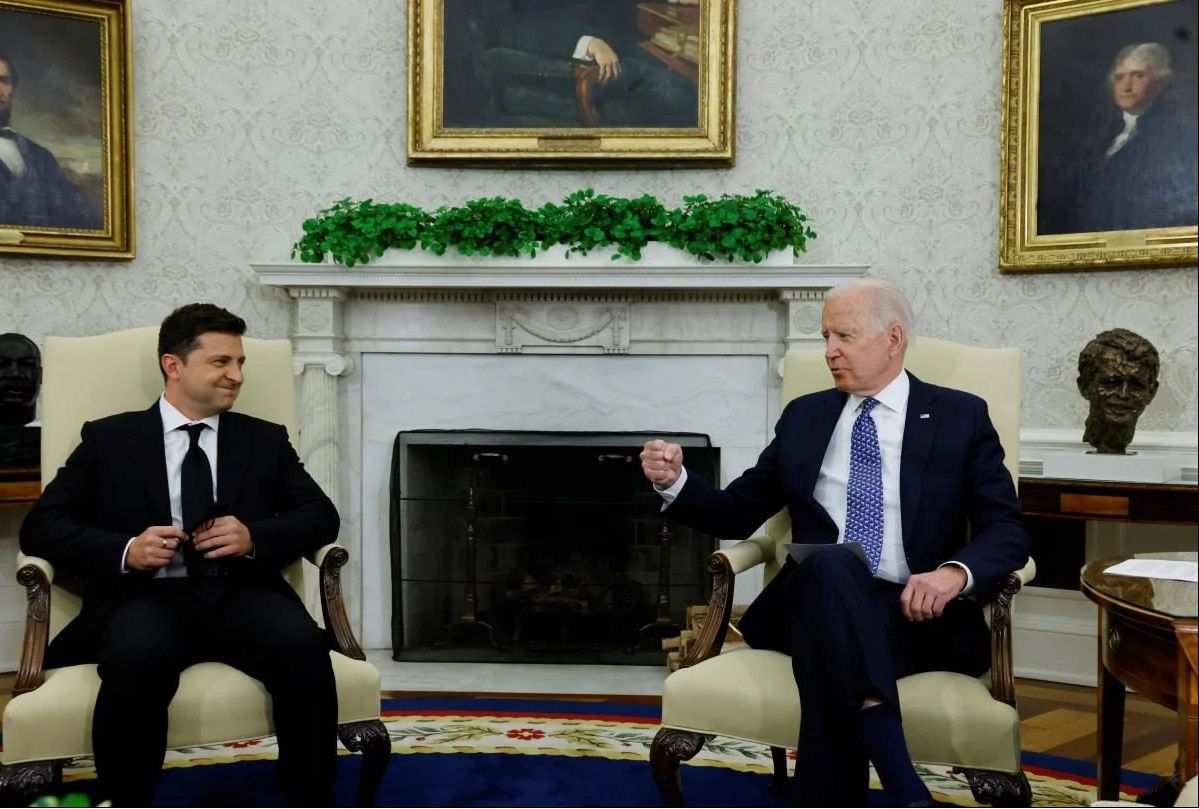 Ahead of the meeting, Joe Biden said, “I’m looking forward to meeting President Volodymyr Zelenskyy of Ukraine today at the White House to confirm once more America’s commitment to the sovereignty, territorial integrity and Euro-Atlantic aspirations of Ukraine.”

After the talks, the joint statement was signed on the U.S.-Ukraine strategic partnership. The statement in particular says that today the bonds between the United States and Ukraine are stronger than ever.

According to the joint statement, “the United States and Ukraine are reinvigorating the Strategic Partnership Commission (SPC), reoriented and resourced to meet 21st century challenges.” The commission’s status is expected to be elevated.

The United States has declared that it does not and will never recognize Russia’s purported annexation of Crimea and has reaffirmed its full support for international efforts, including those in the Normandy Format. Washington has supported the Crimean Platform and has called Russia to stop the war in Donbas.

Next the statement says that “the United States and Ukraine have finalized a Strategic Defense Framework that creates a foundation for the enhancement of U.S.-Ukraine strategic defense and security cooperation and the advancement of shared priorities, including implementing defense and defense industry reforms, deepening cooperation in areas such as Black Sea security, cyber defense, and intelligence sharing, and countering Russian aggression.”

The United States supports Ukraine’s right to seek membership in NATO and the European Union.

Advancing human rights with American support, Ukraine pledges to continue strengthening respect for human rights, civil liberties, and fundamental freedoms in accordance with international standards and obligations, as well as to fight racism, xenophobia, anti-Semitism, and discrimination against the LGBTQI+ community.

In support of Ukraine’s reform efforts, the U.S. government has provided Ukraine with nearly $2 billion in development assistance since 2014 and plans to allocate over $463 million in assistance this year.

The joint statement also says that the United States and Ukraine continue to oppose Nord Stream 2, which they view as a threat to European energy security. The United States intends to continue using measures to prevent the Kremlin’s use of energy as a geopolitical weapon. The U.S. and the Ukrainian governments support efforts to increase capacity for gas supplies to Ukraine from diversified sources.

The United States intends to provide Ukraine with an additional 12.8 million dollars to fight COVID-19.

The U.S. government will provide an additional $45 million in humanitarian assistance to Ukraine this year to help those who have suffered losses caused by the war in Donbas.

Before his meeting with President Biden, Zelenskyy met with American partners. A number of bilateral agreements have been signed with the U.S. Department of Energy, the Pentagon, the U.S. State Department, the World Bank and the National Aeronautics and Space Administration (NASA).

“I’m satisfied with our visit,” Zelenskyy said after the talks and meetings in Washington. He said that in the course of the visit Ukraine and the United States would sign almost 20 bilateral agreements and treaties including those to be concluded in California on September 2.

“Ahead there are San-Francisco and Los-Angeles. There, we’ll have important meetings with technological and digital companies. I hope for a positive result concerning their presence in Ukrainian market,” President Zelenskyy informed.

As expected, Russia promptly responded to the talks of the American and Ukrainian presidents. Speaking on behalf of the Kremlin, Dmitri Peskov, the press secretary of President Putin, has called the talks “friendship against Russia.”