That’s not exactly about Ukraine

The status of a major non-NATO ally is important for those countries that do not plan or cannot for political or geographical reasons seek membership in NATO. 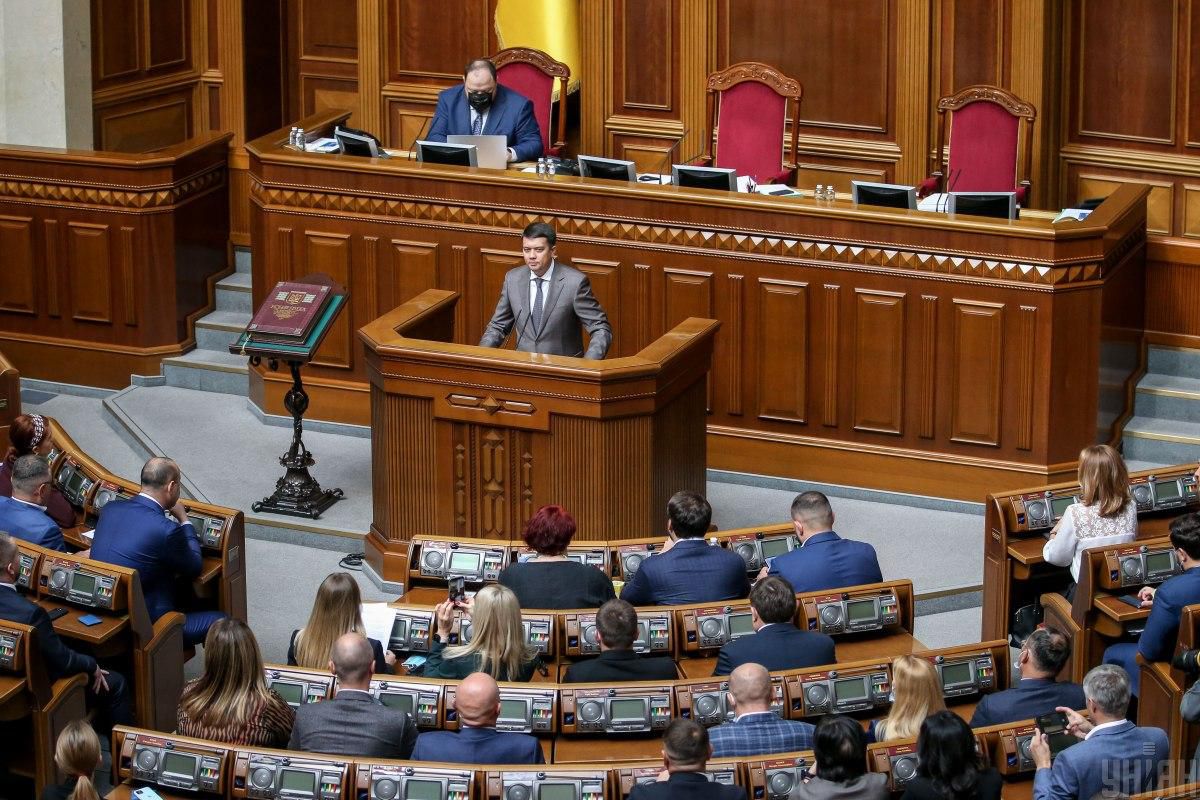 In referring to this stipulation, Oksana Markarova, the ambassador of Ukraine to the United States, stated, “That’s not exactly about Ukraine.” She said that while speaking at the extraordinary session of the Verkhovna Rada on September 8.

On that day, the legislature gathered to vote an initiative submitted by a group of opposition deputies from the faction “European Solidarity”. They proposed the Verkhovna Rada to adopt the resolution requesting the U.S. Congress to make Ukraine a major non-NATO ally (MNNA).

According to Oleksiy Honcharenko, the author of the initiative, the MNNA status will in no way prevent Ukraine from seeking full membership in NATO and “will send an important signal to Russia and the world community telling them about our civilized choice.” Honcharenko believes that the MNNA status will show the Kremlin that Ukraine is a key ally of the United States in Europe.

At the same time, Ambassador Oksana Markarova called the legislature to take into account the fact that Ukraine has already decided on its final goal which is accession to NATO. According to Markarova, it is the only systemic and institutional decision for ensuring the country’s national security, and this goal has been enshrined in the Constitution of Ukraine. She also mentioned the fact that Ukraine had already been granted the status of NATO’s enhanced opportunity partner. “The support of the Parliament is of crucial importance for advancing reforms and adopting laws that the country needs to become a member of the Alliance.”

According to the Ukrainian Ambassador, the United States provides a great deal of assistance to Ukraine, including funds and defense weapons. She pointed to the framework agreement concluded by the Defense Ministry of Ukraine and the Pentagon during the recent visit of President Zelenskyy of Ukraine to Washington. The agreement sets the strategic foundations of defense partnership between the two countries. It is expected to bring bilateral strategic cooperation to a new level and to open doors to launching new large mutual projects.

Vice Prime Minister for European and Euro-Atlantic integration, Olha Stefanyshyna, agrees with the position of the Ukrainian Ambassador to the United States. Vice Prime Minister Stefanyshyna said, “The status of a major non-NATO ally gives no guarantees of security. Afghanistan is a MNNA, too. The national security and defense sector reformed in accordance with NATO standards and increased cooperation with the Alliance at all levels will serve as a reliable guarantee of Ukraine’s security.”

Obviously, considering all these arguments, Ukrainian legislators at their extraordinary session voted down the initiative to request the American Congress to grant Ukraine the special status of a major non-NATO ally. Voting in support of the initiative were only 24 members of the Ukrainian Parliament. One deputy voted against, and 163 abstained from voting.

Additional information: In the aftermath of the annexation of Crimea by Russia in 2014 and the ensuing armed conflict in Donbas, Ukraine decided to step up cooperation with NATO. At the end of that year, the Verkhovna Rada passed a law which stipulated the refusal from pursuing the policy of a non-aligned state.  In accordance with the Military Doctrine adopted in 2015, the deepening of cooperation with NATO is a priority task.

On February 7, 2019, the Ukrainian Parliament adopted a law to introduce in the Constitution a clause about the strategic course toward acquiring a full-fledged membership in the European Union and the North-Atlantic Treaty Organization. The law came into force on February 21.

In 2018, the Alliance granted Ukraine the status of a NATO-aspiring country, and two years later, Ukraine became an enhanced opportunity partner.

On June 14, 2021, the Brussels summit of NATO noted in its final communiqué that the Alliance supports Ukraine’s aspirations for joining the Alliance.

President Biden believes that Russian aggression cannot be an obstacle for Ukraine’s joining NATO. At the same time answering the question whether Ukraine will be given the NATO membership action plan (MAP), the American President said “it’ll be seen” but at first Ukraine has to eradicate corruption.