From February 18 to 20, 2014, the then President Viktor Yamukovych called President Vladimir Putin of the Russian Federation eleven times in the midst of shooting at protesters in Maidan Nezalezhnist (Independence Square) in Kyiv downtown. 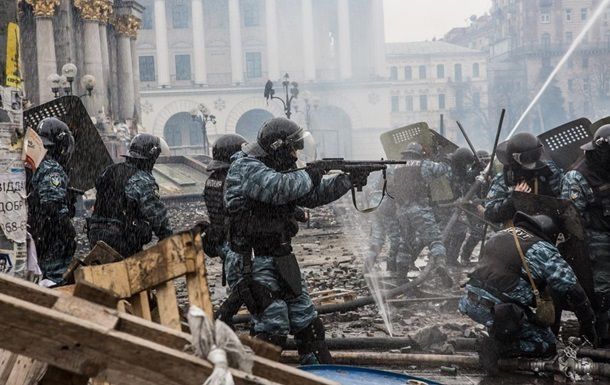 This information was disclosed by Denys Ivanov, the deputy chief of the Maidan Affairs Department under the Office of the Prosecutor General of Ukraine.

“At the time, the law-enforcement heads and the then President Yanukovych got in touch more than once with the top leadership of the Russian Federation and Russia’s law-enforcement leaders through the special government communication link. In all, Yanukovych called Putin eleven times”, said Ivanov.

Besides, the then Interior Minister Oleksandr Zakharchenko called his Russian counterpart twelve times, while Oleksandr Yakymenko, the former head of the Security Service of Ukraine, talked on the phone with the Director of the FSS (Federal Security Sevice) of the Russian Federation three times. All those telephone calls were made amidst especially intensive police shootings at protesters. It is still unknown what the topic of their conversations was as they were naturally highly protected.

According to information by the Office of the Prosecutor General, the pre-trial investigation was completed against Yanukovych and nine former high-level officials of his regime. All of them were accused of using the police force and government repression against protesters during those tragic February days in the center of the city.

Because the senior officials of the Yanukovych regime have been hiding from the Ukrainian authorities and the justice system since 2014, the investigation has been carried out according to a special procedure in their absence.

The Office of the Prosecutor General informed, “After councils for the defense have acquainted with the materials of the case, the case will go to the court of law for further deliberation and sentencing in absentia.”

Thus, the investigation has established that the ex-president, the former head of the Security Service, the interior minister, the head of the Directorate-General of the Ministry of the Interior, the defense minister of Ukraine, the commander of the Berkut special police regiment were intended to stop mass protests which threatened the power of Viktor Yanukovych.

The Office of the Prosecutor General says in its statement, “Abusing power and official authority, they allowed, without any legal grounds, the police and the army to use violence, special means of suppression, and guns for a military crackdown on demonstrators to break protests and disperse protesters.”

The illegal actions of the ex-president and the law-enforcement leaders led to numerous victims among protesters in the central part of the capital city of Kyiv. Sixty-seven civilians died. As many as 887 civilians and 132 police officers sustained injuries. The property damage ran to 16 million hryvnas.

The suspects, who acted as a criminal group, were accused of organizing and carrying out from February 18 to 20 the illegal obstruction of the right of protesters to hold meetings, rallies, marches and demonstrations. The law enforcement officials were also accused of the abuse of power and their professional functions, murder and attempted murder, the organization of terrorist acts.

More than a thousand episodes of illegal activities were investigated within the framework of the criminal proceedings. The materials of the case comprise more than 1,500 volumes.

Prosecutor General of Ukraine Iryna Venedyktova states that all the suspects face life imprisonment but all of them are in the territory of the Russian Federation which refuses to extradite them. “They are on the run, on a visit to our northern neighbor. They are there not by accident. And it is not accidentally that the Russian Federation protects them,” Venedyktova said.

Nevertheless, the Prosecutor General insists on the court verdict to be implemented. She added, “We’ll see in which territory it will be carried out.”

According to the Office of the Prosecutor General, the Ukrainian authorities have submitted more than 10 extradition requests to the Russian Federation to send Yanukovych and his accomplices back to Ukraine. But all those requests have been denied.