Sexual assault against Ukrainian women and children is the weapon of the russian army. 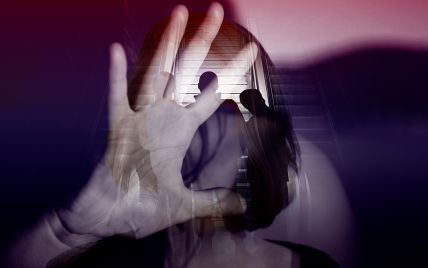 «He hit me here», says Maria (NB: the name is not her real one, - Holos Ukrainy), sobbing and pointing to a spot next to her cheekbone. «And he also held me like this (grabs herself by the throat, - Holos Ukrainy) and told me that if I screamed while he raped me, he would crank my neck. And then, he said that if I did not let him do it willingly, he’d kill my brother and granny, and the rest of them would rape me».
On March 10, russian occupants entered one of the Ukrainian villages, only to be banished from it by Ukrainian troops in early April. The russian commander settled in a house where an elderly woman lived together with her two grandchildren. And he would come and terrorize them every day.

«The officer pushed me into the room and told me: «Quiet now». He tossed me to the bed, then he sat on top of me and started strangling me. I screamed. It all got dark in my eyes, and I was choking. And when I could not inhale any more air, he would let me go», Mariya says, still crying. She adds that the russist threatened her grandmother with a gun, telling her to stay in her room and not to leave.

«She understood what was going to happen. Then, she came at the nighttime, faking weakness and falling down», the girl goes on. «And he would reply: «You are lying”, approaching her with a gun, and he could even hit her on the head».

Mariya confirms that the russian executioner would beat her up many times. The occupants tied her older brother and made him sleep outside. On the first night, he heard them mocking his sister.

«I managed to set myself free, rushed to the house and told them: «Commander, don’t touch my sister, she’s sixteen!» young man says. «Then he replied: «No one’s touching her. She’s an artillery spotter!» I said: “She is not a spotter; you even took all of our phones”.

«I remember his face, and his voice, too. I remember everything», Mariya cries again. «Every night, I wanted to kill him». She added that the russist told her he would find her and kidnap her. «Come with me», he said, «you’ll have a rich life. I’m not going to hurt you», she reminisces.

«Sexual assault against Ukrainian women and children is the weapon of the russian army. It’s a genocide, and the russian soldier doesn’t stop there; he rapes everyone. Their victims are men, elderly people, young girls and boys, and entire families. The Ukrainians are raped by young russian soldiers aged from 20 to 25 years old, born during putin’s regime and brought up by his propaganda, and they commit these crimes in public. They raped a 16-year-old girl who was already pregnant and her 78-year-old grandmother at the same time», the ombudsman said. She also reported the fact of sexual violence against the 11-year-old boy whom russists raped for ten hours in a row, in front of his mother who was tied to a chair.