The SBU insist they will do everything to bring all war criminals to responsibility. 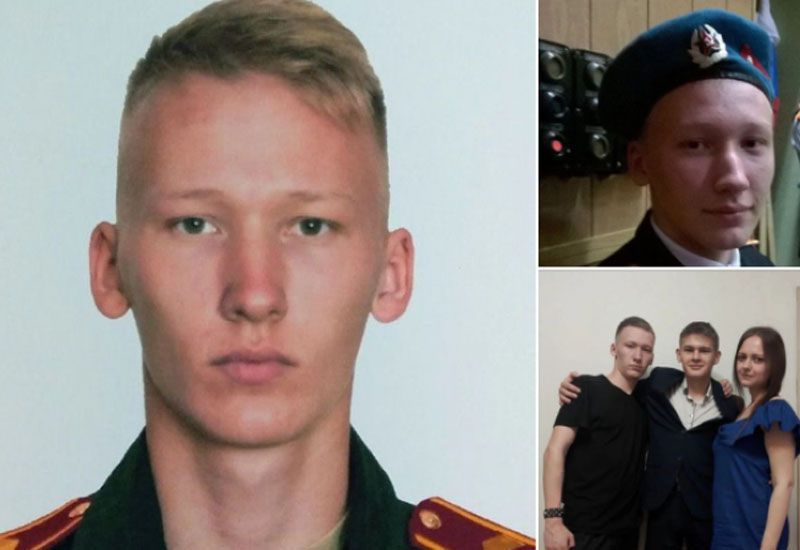 The Security Service of Ukraine (SBU) found out the names of 1,140 russian occupants who committed heinous crimes in the towns and villages of Kyiv region. They killed peaceful residents, raped and robbed them. One of those who raped Ukrainian women is Bulat Lenarovich Fassakhov, born in the Republic of Tatarstan on November 20, 2001. He serves with the 30th Detached Motorized Brigade of the 2nd Guards Army of russia’s Central military district. The SBU found out that during the temporary occupation of one of the settlements in Brovary district (Kyiv region), the russist committed a number of crimes against civilians. Victims of violence recognized him. The affected people confirmed the facts of crimes and said that the occupant broke into a private house and locked everyone but young girl in the basement, threatening to shoot them. He raped the girl once and then did it again, this time along with other three russian occupants.

Fighters of Ukrainian intelligence used their pages in social networks to post the image of the occupant and rapist where he smiles and poses – apparently, along with his mother and friends (see the images). That smile appears to be a disguise for the grin of a beast. The SBU claim it is the second russian rapist who they had successfully identified. Bulat Fassakhov faces suspicion of a war crime (in absentia).

The SBU also managed to identify another russian occupant and his wife, the russian citizen who told her husband by the phone that she would like to torture Ukrainian children. The Service intercepted their phone conversation, which happened in Kharkiv region on April 29 and was released on May 11. These are the voices of Vladimir Kopytov and Yulia Kopytova. Using their phone numbers, Ukrainian law enforcers tracked their social network pages and found photos published by the russian occupant, his wife and her relatives. He is 31 years old, coming from Yartsevo town, Smolensk region. Yulia (nee Tsygankova) is 30, and she comes from Przhevalskoye settlement in the same region; in 2019, she worked in a children clinical hospital. In 2020, she got married for the second time, getting her current last name, Kopytova.

This «peaceful» russian lady was furious because Ukrainian children who were deported to russia refused to draw Soviet symbols timed to the «Victory Day» (May 9, - Holos Ukrainy). She called them «little Nazis» and said: «I would give them drugs, if I were still at work; I would look into their eyes and tell them: «Die, suffer!». I would cut off their genitals and carve the stars on their backs. I would actually cut off an ear or a finger every day – to see that they are in a lot of pain».

The SBU insist they will do everything to bring all war criminals to responsibility.

Common Ukrainian citizens actively comment on the messages of special services in social networks. «You pitiful freak! Dear God, punish him for the crimes he committed», «Jerk», «Damn you, bastard», «You are cursed by our girls and women for eternity! Let everything they wished you come true! Watch your back, your punishment comes for you; you will face it for every crime of yours».